Lampizator announcement: launch of our all new TOTL HORIZON DAC 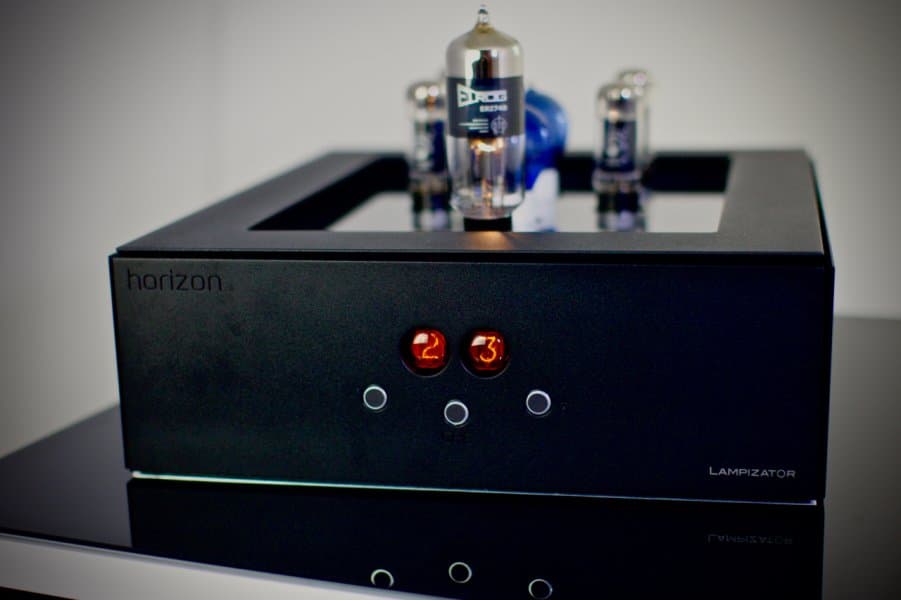 Lampizator announcement: launch of our all new TOTL HORIZON DAC

Horizon The DAC of the future Lampizator announcement: launch of our all new TOTL HORIZON DAC Just when I thought that our TOTL Pacific DAC would be the end of the road for us, we decided to change the tactics concerning the improvements. Instead...

What are we afraid of people? Nobody wants to talk about this guy? I’d like to hear the TSS and this Horizon and compare them.

I would need to know what’s the design reason, benefit or philosophy of the tubes implemented. If it’s only tonality, I’m skeptic.

Pretty bold claims, I’d love to hear one, but (for me) more importantly I want to see the circuit diagram

The lampizator announcement contains little actual information. They have a “proprietary” DAC that uses a lot of tubes, supports reasonably high PCM and DSD data rates and has a heavy focus on its analog output stage. I would like to hear more about their proprietary design, especially how it handles clocking and jitter rejection, what kind of data processing it uses and what kind of circuit performs the final translation from bits to voltages. Until then… it’s just another boutique hifi component.

Contrast this announcement to the initial series of detailed presentations from PS Audio when the Directstream DAC neared release. Paul and Ted came right out of the gate explaining how their technology was different and why that might bring improvements over competing products. That gave us something to talk about!

In comparison to below, there’s not a lot of meat on the bones. Either brag about your kit and stand behind it or move aside.

Mind you, I’m waiting for the MKII.

You have to admit bragging is kind of Kevin’s thing. I know a number of people that own Lampi DAC’s and they all praise the sound they get. The downside from what I have seen over the years is quality control in the early years and the constant changes in the lineup even with a current product. Lukaz is always tweaking things. This means that if you and a friend bought the same model six months apart the two DACs might not be exactly the same if he had a new idea during that time frame.

I had a DSD (and about to buy another for a 2nd system) and have a Lampi TRP. Both the PS and the Lampi I have are very good DACs. The Lampi matches up better in my main system but I have not heard Sunlight yet.

My buddy went to Poland about 2 weeks (he’s a friend of Lukaz). He wanted to hear the Horizon but they were still tweaking it. PS Audio is a real company. I like Lampi products but IMO there’s no real infrastructure to it. It’s a couple of engineers working out of their garage. Not literally, they have a nice factory, but there’s no dedicated customer service, tech support, etc. It’s true about no two units sounding the same. I know because I bought one second-hand that turned out to be way off spec for the current generation of TRP and it cost me $1500.

Is this new dac actually using tubes in the Digital to analog conversion process, if so lampizator isn’t the first manufacturer to do this.

I cam across this the other day. couldn’t be more different to the 36kg lump at the start of this thread. It’s a streamer-DAC-preamp.

Not a valve or wire in sight. dual re-clockers and a massive liner power supply. The most interesting thing is the fibre network input. The more of that the better.

There seem to be endless ways of designing these things, but sticking valves on top of a DAC doesn’t seem very 2022. 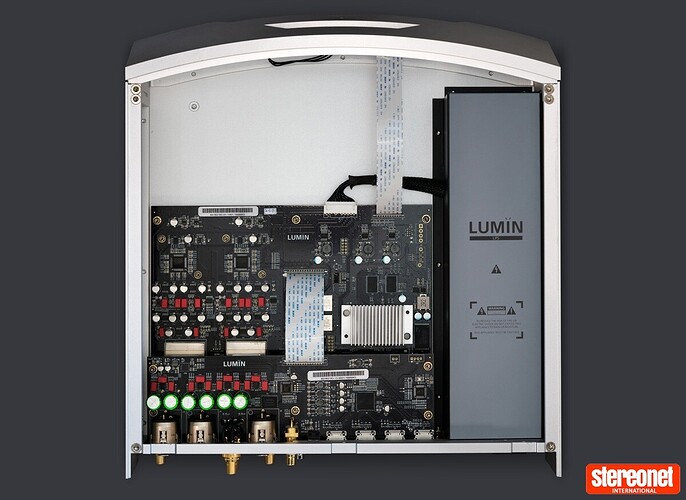 > There seem to be endless ways of designing these things, but sticking valves on top of a DAC doesn’t seem very 2022.

Mine has those sneaky valve things as well. Sure sounds nice though… 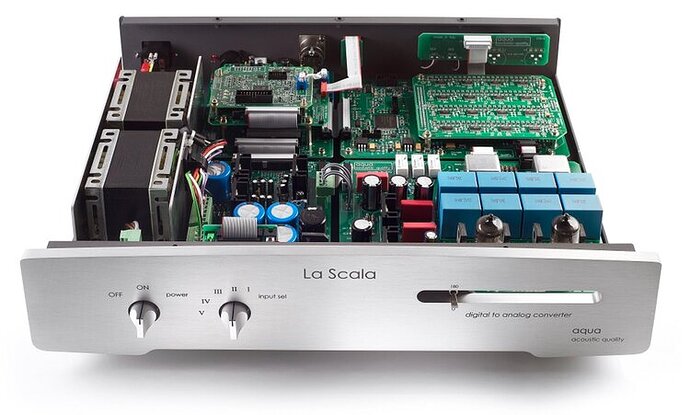 Anyone have any experience with this DAC/transport/preamp, with tube output stage?

It’s been out for a while, but it seems to still hold its own.

The parts quality in the analog stage are of the highest quality, which is why I think this product has had such a long shelf life.

Those Aqua units seem to have been universally praised. Apparently a lot to do with how it does D/A conversion (even the basics of which I don’t understand), even with sneaky valves.

My sneaky valves are reserved for phono pre-amplification.

I’m not sure I understand all the architecture either. It’s a hybrid for sure. But I love the thing . Pretty crazy stuff:

This is nice but nothing very novel. Ancient R2R chips (good ones), configured for differential operation (one chip per phase, two phases per channel), using outboard upsampling (you can feed up to about 768kHz sample rate into a PCM1704) and then a tube-based analog output stage.

A useful collection of features, probably very nice to use and reduce box count, and Lumin does good quality work. But it’s “just” an ESS Sabre DAC at heart.

It’s not about being novel, it’s about sound and fidelity. But thanks for your stunning engineering observations.

I rather like the sound of an Octocoupler. Found this on google:

What is an Optocoupler and How it Works

An optocoupler is a semiconductor device that allows an electrical signal to be transmitted between two isolated circuits. Two parts are used, an LED that emits infrared light and a photosensitive device that detects light.

Isn’t this what PSA is doing in their streamer and calling it an air gap?

I thought that was great tech as well. How could you possibly transmit noise etc if there is no physical connection. Not sure if these are used in other audio devices or DACs but would be interesting to know if PSA is using the technology. Fun stuff…