How is this 6th on the DAC forum list? Where is the excitement and anticipation from the DSJ owners? Any feedback from beta testers. I feel the need to post just to put this back on the top of the list

My refresh button is wearing out.

Excitement tempered with patience. I think we DSJ owners know this is going to be something special so we are just waiting until the ps audio guys get time to finish the firmware.

Position on the “list “ has nothing to do with interest. It is typically “most recently posted”.

I sorta put the kiebash on the anticipatory posting, as it is unlikely DSJ Snowmass wil be released until Friday at the earliest.

Look up the etymology on that word when you have a second. Steeped in mystery.

That is cool - and I spelled it wrong, should be kibosh. Though I wouldn’t like to think I put the “coif of Death” on the thread ; )

Very late to this thread, but wondering if anyone know if the xmos bug reported on the Roon site has been addressed in this release (USB connection drops sometimes when switching bit rate, and requires rebooting the DAC)

DAC issues with XMOS usb chipset and Roon on Linux

There seems to be a growing number of support threads all relating to the same thing. Roon is hanging the DAC when bitrate switching. It only seems to effects endpoints running Linux and the DAC has the XMOS usb chipset. This can be endpoints running... 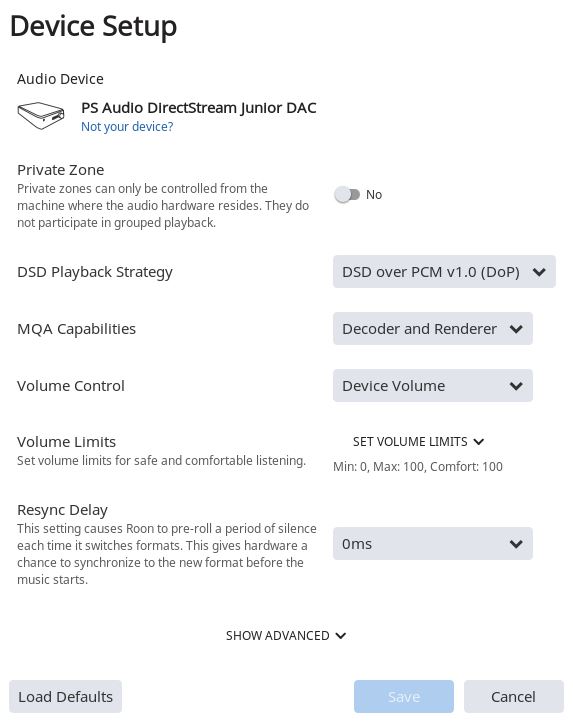 I’m using Nucleus connected to Directstream Jr. via USB. Nucleus and Roon are up to date and Directstream is using latest (Redcloud) driver. Everything works fine for a while, then at some point the connection is lost, with a sound like lifting the...

If I read the thread correctly it’s not a sample rate change but instead a change of sample widths, e.g. from 16 bit samples to 24 bit samples. Snowmass for the DS Sr and Redcloud for the DS Sr share the identical XMOS code.

On the other hand, make sure you run the tests provided in the second Roon thread above to see if this is really your problem.

FWIW, I’m running Roon Core, which is basically the no-frills version of the Nucleus (unless I am mistaken) and I’ve never had this issue. As much as I am a fan of Roon (I have a lifetime membership), if you do a search on the forums for “dac dropout” or “white noise” you’ll find a lot of issues with Roon Core / Nucleus. I think we have a classic issue of hardware / software issues between multiple manufacturers.Roon is being proactive on their part but it will require some work from manufacturers in some cases. This last remark is not aimed at PS Audio - I am referring to the companies such as XMOS (as a random example) that may need to update firmware to fix up various glitches.

Any possibility to have DSj Snowmass before this weekend?
Does everything is going like planned?

No, unfortunately, trying to get the revised PIC for DS out today for seniors, then DSJ next week. Sorry.

I have observed from first hand experience that consuming a glass of wine and listening to your favorite music is a remedy for controlling anxiety levels.

@Paul or @tedsmith, I’m having trouble finding the post where Ted mentioned this, but he previously stated that a high quality, active preamplifier would offer better performance than using the volume control within the DSJ. I’m hoping you guys can help me out by clarifying/updating that statement in light of Snowmass’ pending DSJ release. I can’t recall which version the DSJ was on when Ted made that statement. I’m trying to figure out if adding an active preamp to the chain (something like a Parasound JC-2BP or Ayre K5exMP) between the DSJ and my power amp is worth spending money on, or if the overall sound quality, noise, and volume control are at a robust level now with Snowmass to negate the need for such a preamp.

In my case active sounds more like the way I want my music to sound and I like tubes in the active stage. Long journey to find that a preamp is the way to go. It started with using the Dodd Audio tube buffer then went to the Wyred 4 Sound passive/active preamp but I missed what the tube added so I got the BHK Pre I am done best of both worlds active with tubes.

I did a fair amount of testing on this. I found two files where the transition between the them reliably crashes the DAC (44kHz, 16bit FLAC to 44kHz, 24bit AAC). With the DSP engine off, it crashes about every 2nd time I try the transition, so seems to be the same bug.

Both options offered (forcing to 16 bit or using Max PCM rate) seem to mitigate the problem - no crashes so far.

I also tried what Brian mentioned earlier in the thread - using two gain modules (procedural EQ) that cancel each other out. This also seems to mitigate the problem, with no audible changes. Max PCM seems to smooth things over too much, and forcing to 16 bit doesn’t seem like a desirable long-term choice - though a good test.

Realize you did not address this to me, and I’m not sure what an “active” preamp would be in this context…it would seem to me that any preamp is active, but…you mentioned vs. the DS by itself, so I assume you mean DS direct to an amp vs. with a preamp in between. I have listened to both fairly extensively, and despite the fact that my preamp is single-ended, unlike the rest of my chain, I like the preamp in there better than DSJ to Amp direct. There are many reasons for that, which I won’t get into here.

It has been the experience of many of us that a preamp (and from my perspective as an audio producer) a Gain Stage between the DAC and Amp is nearly always better than no Preamp, assuming it is on a quality level similar to the DAC and Amp.

I mean active gain preamp vs. a passive TVC/LDC/resister/attenuator preamp (doesn’t need any external AC power other than to power remote controls). And yes - I mean inserting a pre between the DSJ and a power amp vs running the DSJ straight to the power amp. Thanks for the reply, it’s interesting to hear from several people that a pre may be beneficial.