Thought it would be interesting to start a thread where the community can share with others a prototype, pre-production, teaser for an an upcoming product others may not know about but might be interested in. I’ll start:

As MusicDirect does every year, the ‘Masterphono’ was in the Christmas catalog to whet appetites. The ‘Masterdeck’ isn’t in the catalog. A very nice piece that sure looks like an Alan Perkins design. I’m set with phono stages I like, but I’d love to find out what retail will be for that deck. Been watching the MD site for either of these products to become available. Not yet it appears. Very tasty indeed.

Nice idea. Should we limit it to those products that are NOT on the horizon as shown in the recent major rags, or does anything go?

I always dreamed of a musical spinning disc sound system as offered up in H.G. Well’s The Time Machine. 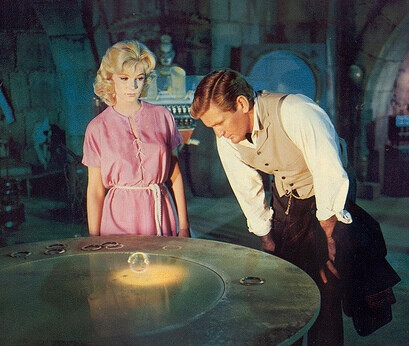