I am amazed at with all the$$$$$ and R&D that Ted put into the new DS Dac MK II, making it sound better than the MK I, people have bought the new MK II and talking about modding it… why?? Is it not as good, or people just like tinkering?

Coffee. Too much coffee.

You are obviously not an engineer. Its what they do.

There maybe a few motives out there …

I don’t think this is true. People that don’t have the Mk II are talking about modifying it. Some of them plan to get one. Some are very happy with their results modifying the Mk I, and assume they will get a similar increase in sound quality modifying the Mk II. Not the case.

We could try modifying Ted!
Yea, that’s the ticket!

I replaced the fuse and added a USB shorting plug. That’s about all I want to do with MK2. The fuse made a nice improvement, but I am not sure USB plug made a difference. I am done with tweak on MK2 because only a major MOD could improve it more, I think. I am sure someone will prove me wrong soon

But I promise I will continue to tweak rest of the system.

Ted is perfect as he is, please don’t touch him even one single hair!

However, I believe the delta SQ between the Edcor XS4400 and Lundahl LL1948 will be worthwhile to implement in the MKII…

I understood Ted said the opposite (maybe except for the Lundahl). I wouldn’t think about modding the Mk II before I’d know it for a year at least.

The thread title is wrong anyway.

Just like most hobbies there’s going to be a group that wants to tweak. If they have the money and skills why not? Is there a difference between tweaking the MKII, tweaking a Porche Cayman GT4 into the ultimate track car, or a Cervelo Caledonia-5 into the ultimate endurance bicycle?

Is it not as good, or people just like tinkering?

I’ve already seen twin turbos on a 2023 Corvette Z06! Someone will always think they can better something that’s already really good. Shame

It is polarizing here for sure. When I saw that mod boards were on offer a couple of days before anyone on earth had received the first beta units, I’ll admit it was a head-scratcher. To me. It is not the first thing I think of when I get new gear.

This is not to say that I am anti-modding. I swapped out the power supply board on my Auralic, but I’d had it a couple-few years at that point. 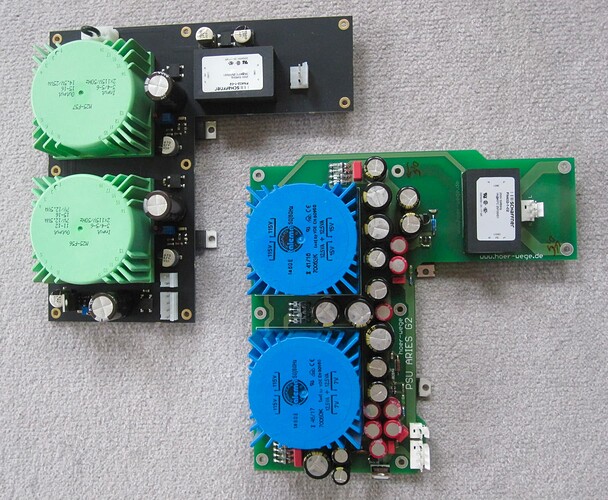 People do it with studio gear as well, including $10-20k vintage gear. Transformer sound (to take one example) is even more of a thing in that sphere.

Two issues with my mk 2 that need to be addressed are the poor reception of remote signals, and dropouts when playing music via usb. The mk 2 is located on the same shelf as the mk 1. With the mk 1 in place I never had any problems controlling it via the remote. As far as the dropout issue it is an intermittant but annoying problem. Again never had dropouts with the mk 1. I will be contacting them to see how these things can get resolved. Loving the sound of the mk 2 but need to get these items taken care of.

I did the Edcor XS4400 mod (to great satisfaction) with my MKI after the final firmware version came out (and after much reading on the forum). It seemed like a logical upgrade at the time (same brand transformer with improved specifications), and I solicited a professional to to do the work. I also changed the fuses (something that is reversible). The only other tweak I made subsequent to those modifications was upgrading my speaker cables and interconnects (Morrow - Anniversary). I don’t really feel to pull to do any further modifications on the MKI (maybe partially out of fear) because I am already happy with the sound I am getting. I will eventually step up to the MKII, but will first need to find an alternative streaming solution to my current one with the Bridge II (wait for Airlens?). As far as modding a future MKII purchase, I’d be reluctant to do so until the recommended PS Audio firmware/hardware upgrades had been exhausted and when I simply wanted to see if I could extend the product beyond it’s natural lifecycle. That’s just me. Hobbiests should let their imaginations run wild though.