Reminds me of this, which I consider to be a perfect review.

It’s hugely informative about the product, the listening tests are clearly described and an even handed recommendation. The reviewer probably has a larger record collection than Fremer, but it’s not an ego trip and no mid-bottom whatever-it-was. Having the manufacturer column down the side gives the context.

I spoke to both the manufacturer and the reviewer and bought the product, and a Koetsu, and still use them most days.

This is a perfect example of where the review is helpful and where not imo.

The good thing is, there’s a recommendation of a cartridge available, which is most valuable for those who don’t want to make potentially frustrating and money consuming experiments. You buy this combo and you’re probably set (as long as you don’t care too much and go crazy about alternatives).

The usual thing is, that this is mainly a product show review with no comparisons (except that short excourse to a different tonearm used with that cartridge).

I can’t tell how experienced this reviewer is, but that’s something where I can guess that Fremer overviews probably all of the US market and quite something of the rest and there are many reviews available from him to make cross checks.

For me this is a good review of this product with a lot of featuring its marketing, but with no value in terms of comparative classification.

All this shouldn’t deminish the quality of the product, it’s just about the value of the review imo.

James M Hughes worked in audio for many years, something of an audio guru, with vast technical and musical knowledge. He was THE expert in setting up an LP12. His summary guide, about 20 pages, was until recently online.
There is a bit about him here:
https://www.thevinyladventure.com/james-michael-hughes-vinyl-powered-feature-by-david-price/
He has equal passion for cameras, about which there is little he doesn’t know. For many years until very recently he was the Senior Client Care Technician at Leica UK, basically if you had any issue you called Jimmy. He is still there in a part-time role.

I also took his advice on choice of speaker cables and the use of a mono cartridge, about which I received a short 90 minute lecture.

Good to have someone like that on hand if one doesn’t want to bother too much with things on one‘s own!

During the early days of The Abso!ute Sound, negative reviews were common.

. . . it failed to meet Stereophile’s requirement for having 5 USA dealers

Which Mr. Atkinson immediately addressed as the first sentences of the Measurements section:

“First, it must be noted that Zanden doesn’t have enough dealers to qualify for a full review in Stereophile . At the time the review was organized I was under the impression that the Zanden gear was available from five US dealers, the minimum we require. But as we went to press, we were informed that Zanden has just three US dealers. It wasn’t possible that late in the production to abort the review. My apologies to the magazine’s readers for this inadvertent exception to our rules.”

Reminds me of Stereo Review 30 years ago. Anything Julian Hirsch reviewed was golden, as long as it measured well.

I couldn’t read the review, since Gramophone seems to have expired my subscription, and Linn albums are not available on Qobuz. I tried playing short excerpts from the Linn website through the PC’s Iloud Mini Monitors. Possibly not a fair evaluation but her playing seemed to lack delicacy.

What HIFI gave the Spendor D1 speaker a pretty poor review. Basically said not worth the money. The speaker was discontinued after a short run. That said, I own a pair and as a mini monitor they are fantastic IMO, so like any review, it is just one person’s opinion. 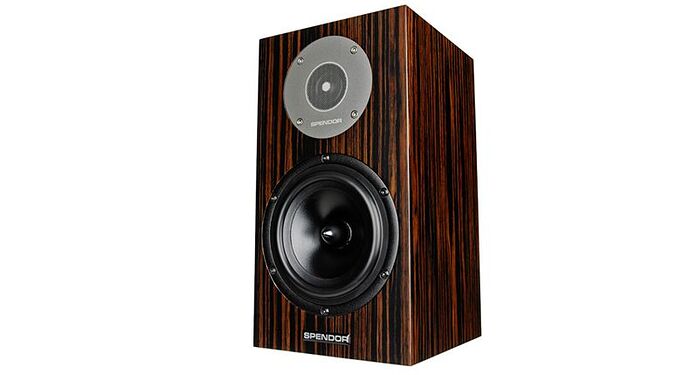 For all the detail at the D1’s disposal, they’re simply found wanting in too many areas to justify their price

Stick to the usual RP version !!! It was more to do with the instrumentation.

Fremer has often been smitten with gear JA’s measurements demolish as well as the opposite. I’m convinced vinyl lovers prize noise and high levels of even order harmonics.

My experience is that, while it takes more work to locate, one can sometimes find negative comments on a component in a review of a competing component.

In a review of the Cambridge Edge A integrated, the reviewer compares it to the Hegel H590 and basically says it sounds as good for half the price, thereby throwing shade on the Hegel.

Indeed that’s observable in magazines as well as in forums. We recognize this more or less every time when follow ups of products are reviewed, that weaknesses of the predecessor, which were obvious from the beginning (but not picked out at the time of its review) are layed open. A special field to observe this repeatedly, is where one technology is supposed to reach all qualities of the other one (tubes/solid state, analog/digital, dome tweeters/ribbons etc.). There we repeatedly read that goals are achieved when in a follow up review we find what in fact the predecessor didn’t reach (but wasn’t mentioned at the time of its review).

In a review of the Cambridge Edge A integrated, the reviewer compares it to the Hegel H590 and basically says it sounds as good for half the price, thereby throwing shade on the Hegel.

Andrew Everard, who I have read for 30 years, I think got it wrong. Her compared to the 590 as he had one handy. This amplifier is less powerful than the Hegel 390, which is the same price. That would have been a fair comparison.

He does say “if you get hung up on maximum power output”, which is his way of saying these amps have more power than you will ever need.

Your mention of the Hegel/Cambridge comparison brings up another aspect of a component’s quality that’s difficult for a reviewer to get handle on: long term reliability. When I was much younger and Cambridge was a new player on the audio scene I bought several pieces of their gear. All of them gave good value for money spent as far as sound went but all of them developed reliability issues in fairly short order. In fairness, I have no idea of that has changed as the brand has matured or if my experience was an outlier.

Depending where you live, Cambridge Audio is the sister company of Richer Sounds and the customer service is unbeatable. Buy Cambridge Audio from Richer and there will never be a problem. Scandinavian companies also seem to have excellent customer service. I had an 8-year-old Primare amp that blew, they did a collect and return repair to Sweden free of charge.

Cambridge Audio have developed a proprietary amplification technology that is highly efficient and operates like Class A. By all accounts it’s been a huge success, but reliability? So far, so good, it seems.

I am sympathetic to this topic, since in other contexts (auto, photography as has been pointed out) there are bad reviews. Of course, nothing like the screeds in restaurant reviews, but those tend to be showboating opportunities for the authors.

Perhaps I am not interested in ‘bad reviews’ but more critical reviews that focus in on the price:sound:functionality aspects of products than they do.

Ultimately, my objection as a reader of the audio press is that I am left wondering what to do when the vast majority of reviews are compressed into a narrowed band of evaluation. Compression in the assessment makes comparative evaluation (from reviews) pretty much impossible. One could say - ‘oh yes but if you are buying you must listen’ and that is ultimately true. But then what is the point of audio journalism? I certainly felt this way reading a recent stereophile review of a $46k amp, the upshot of which is that it has a few defining characteristics, but overall sounds good. oh.

Why hifi experts disagree, by me, J Gordon Holt…

Not to pick on this particular product, but I thought I would note that I spotted a Unicorn recently (/sarc):

Is this all there is to it? I had done some superficial investigations of Volumio online, after the Primo was suggested to me for review. I had learned that the Volumio player software is available for several hardware platforms including Windows,...