There is probably more electronic music produced than any other genre, and that’s probably been the case for the last 20 to 30 years. And I don’t just mean electronics used in music supplementing conventional singing and instrumentation.

It hardly ever gets mentioned here, probably because it’s not audiophile enough. Kraftwerk and that’s about it.

I learned something this weekend. Don’t think it was Moog or Buckla who kicked things off in the 1960s. No sirreee.

It was a WOMAN. And an ENGLISH woman. In a DRESS. And she worked for the BBC. And she was qualified in MUSIC and ELECTRONICS.

Her name was Daphne Oram and she was a BBC engineer. She is famous for founding the BBC Radiophonic Workshop, that has been making electronic tunes and noises since 1958, and still does. Most famous for the Dr Who theme. She was already a BBC veteran, joining in 1942 and working as a sound engineer at the Proms.

A the age of 23, in 1948, she composed a piece if electronic music called Still Point. If was finally performed, at the Proms, 70 years after it was composed. 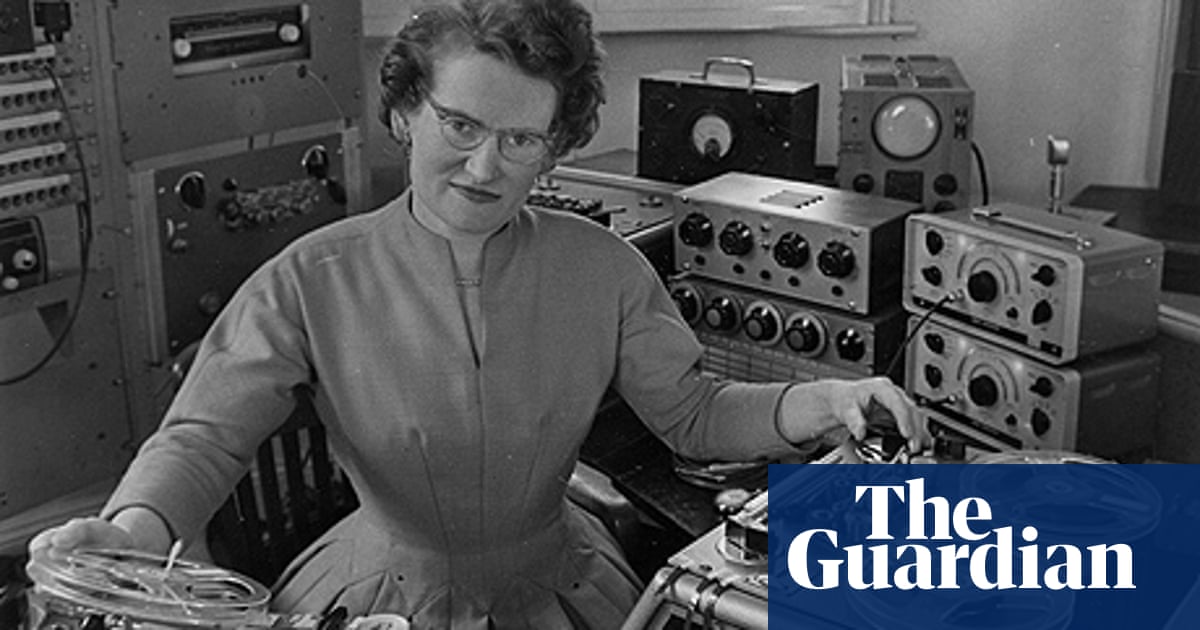 As the BBC Radiophonic Workshop celebrates its 50th anniversary, we pay tribute to the life and legacy of its co-founder Daphne Oram, one of the pioneers of British electronic music 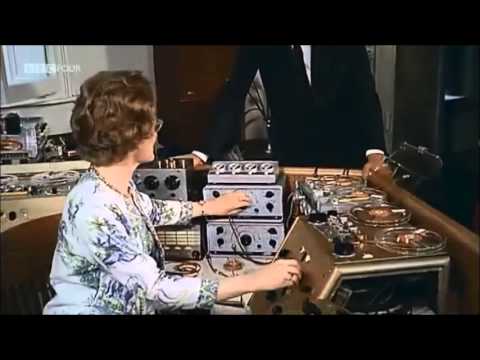 Here’s her synthesiser from the early 1960s. 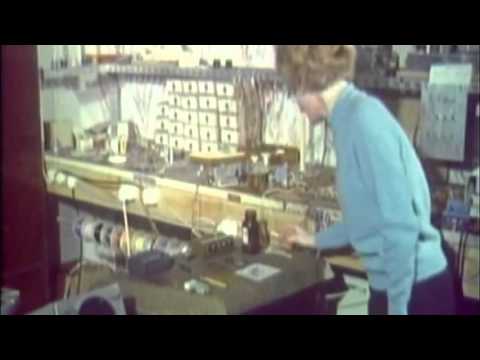 Chemical Brothers, eat your heart out.

She, and especially Delia Derbyshire (who seems to get more press than Ms. Oram, probably thanks to the doctor who connection) are definite heroes of mine

also, some of the “old hippy rubbish” I post is pretty much 100% electronic, though admittedly quite a bit of that is ambient noodlings

She was involved relatively early and a nice story of which to be aware.

But remember there was the Ondes Martenot, theremin, and other electronic synthesizers introduced and played as early as the late 1800s.

My first work with synthesizers was with the ARP 2600 Blue Meanie.

Important difference with the Martenot et al (unsurprising given the age it was used) is that it was intended as an “acoustic” instrument, despite being electronic i.e. it would play with an orchestra.
This probably applies to the Mellotron originally too.
Modern electronic music doesn’t require an acoustic space at all, meaning it can create its own entirely artificial space to exist in…

Thank you. The exhibition where I learned all this fascinating stuff included a film of the theremin from the 1920s. It was a bit Dr Who but, as you say, played like a conventional instrument. I don’t think they went back much further. I didn’t bother with the exhibition book either.

I just liked the Oram story and I do like a bit of electro, so worth a thread for any favourites. 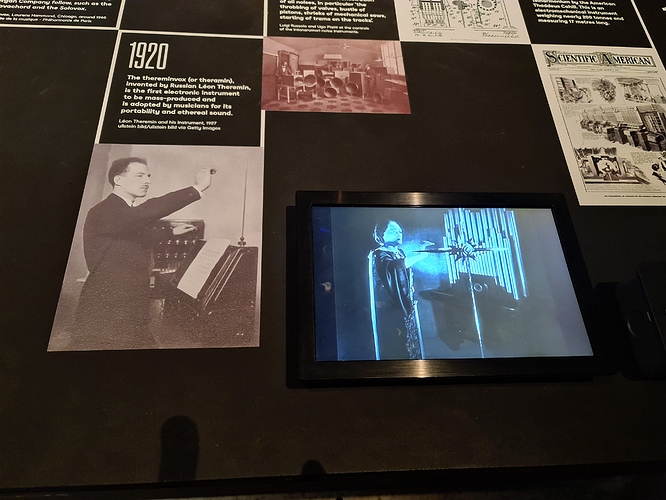 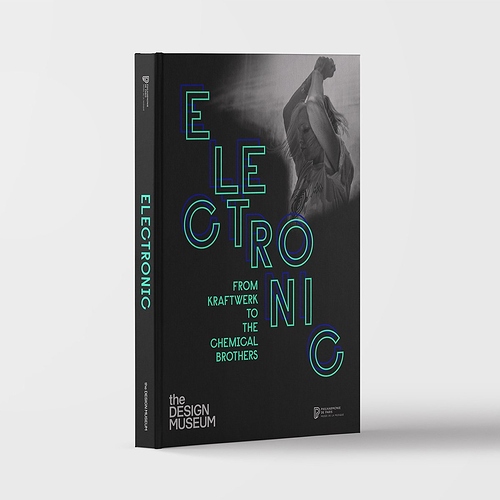 Electronic: From Kraftwerk to The Chemical Brothers - Exhibition Catal –...

At more than 120 bpm, electronic music sets the tempo on dancefloors around the globe. Accompanying the exhibition Electronic: From Kraftwerk to The Chemical Brothers, this book offers an insight into the visual culture of electronic music, and how...

This is my latest bit of dub or whatever it is. Half the problem is people trying to classify this stuff, lots is really rubbish, then you get something that hits the spot. 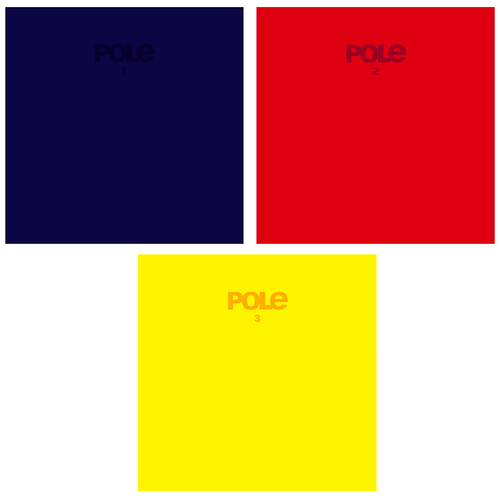 For those interested … a fascinating history of the Moog synthesizer and of the mainstreaming of electronic music in the US. 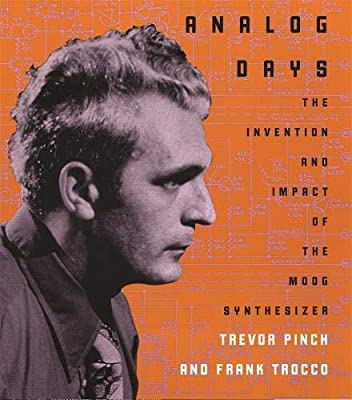 Analog Days: The Invention and Impact of the Moog Synthesizer

These are just great.
Thanks for this thread

Skidoos from Swayzak - give it a try 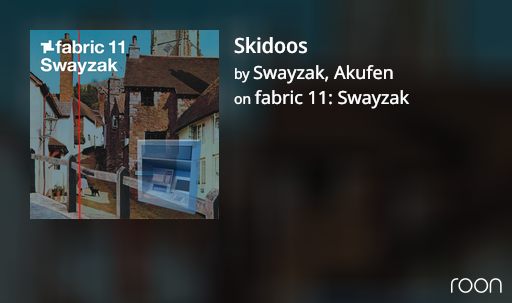 One of my all time electronic highlights: Nightwalker from Trentemøller 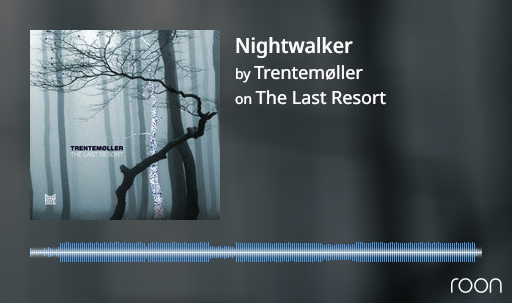 My understanding is all electronic instruments were intended to be played as an acoustic instrument. However, when recording technology became available there were experimental composers began to use tape to splice together their works, etc. as they could not physically play the music live for a variety of reasons (complexity, constant need to retune/reconfigure sounds, etc.).

The Moog and other 1960s synthesizers were played both live in an acoustic space as well as recorded. This remain true today. Anyone familiar with 1980s bands knows the sound of a Yamaha DX7. Amusingly, its sound is still replicated today in successor synths, especially its piano patch which was a mainstay of 1980s rock/pop.

I was good at programing synths, including Moog, ARP, FM synthesis such as that incorporated by the DX7, etc. But it has been a while and my collection is now limited to three.

Electronic music does not require an acoustic space, although it can be created in a “real” space. This is true of rock and other pop recordings, many of which are not recorded in much of a real acoustic space, ambience is added later. How real and artificial space/ambience is used or combined is part of the recording art.

well, up to a point, and I guess with (almost) all instruments live performance is intended.
Hmmm, I think an argument could be made that from a certain time onwards (1990s maybe) novel electronic instruments were designed with direct electronic recording in mind, though I’m struggling to come up with examples.
I was not an FM synthesis programmer, never got one to play with nor got my head around the sounds (much as FM itself I’m fine with), I did do a lot of Sampler programming, which shared a lot with the analogue synth programming I also used to do whenever I got the chance, and signal processor programming (including designing real and unreal acoustic spaces in Lexicon kit). All great fun and I miss it

Delia D’s life story is mostly one of tragic waste of talent, despite the cool stuff she did manage to do, I was pleased when I discovered she did some of the soundtrack work for the BBC schools programs, we used to use those (including the radio ones) a lot when I was a junior school pupil

I did a good deal with samplers as well.

There may be electronic instruments meant only to be recorded and not played live.

Switched on Bach could not have been played live at the time it was recorded. The tuning drifted fairly quickly and the Moog was not polyphonic. But the instrument was also routinely played live in other contexts. It thus falls into both camps.

They are a bit like wiring yourself into the mains and not dying. I read an interesting explanation that sometimes this type of music is intended to create a space in your head to think, which is the opposite of most other music. By that, they might have simply have been giving a reason to get stoned.

I just read DD’s entry on wikipedia. So sad I want to cry.

My wife said this was one of her first musical memories. About 250,000 people turned up. 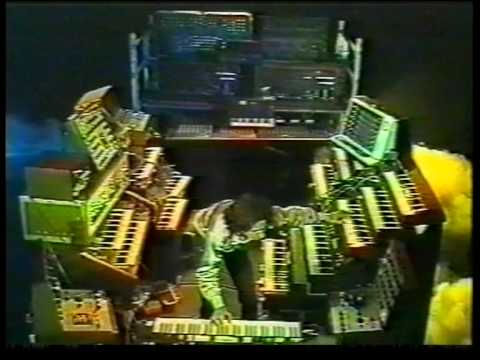 It’s grim isn’t it. There’s a pic online somewhere of her with a hard hat on in a cab with a PTT mic in her hand, from her Gas pipeline days I suspect. What a waste.

I thought at first this was Tim Blake, who was also doing live synth shows with lasers and stuff in the late 70s and early 80s, somewhat less of a showman than Jean Michel Jarre.

Over the weekend through sheer coincidence I refreshed my memory of Varese’s Poeme Electronique from 1958. Composed for the Philips Pavilion. Still fascinates me. Recordings of the work are thin on the ground, probably because of the sheer complexity of the spatialization technique that Varese developed to synch to an accompanying film by Le Corbusier. Electronic music is a playground with limitless possibilities. Especially when combined with other media (like film).