Getting Oppo DSD Output to the Direct Stream Dac

A dac review led me to notice Kitsune Hi Fi near Seattle has a number of high quality digital converter boards to I2S, s/pdif, etc., but unfortunately all seem to be USB in. Apparently, some DS dac users have had great success with the I2S version. I’ve asked about the possibility of developing an HDMI in model, but haven’t gotten a reply.

I think the whole issue is copyright stuff involved with hdmi.

I brought the board to the attention of Tim Connor, owner of Kitsune Hi Fi. I had noticed he has various converter cards, including USB to I2S. He’s taking a look at the one we’re using from the standpoint of improving its sound quality. In addition to retail sales of good Japanese equipment, he does a lot of designs, upgrades and custom builds. He has to find the time, but is already thinking about clocks, regulators and psu, possibly making a whole unit of it. https://kitsunehifi.com/

Question from Tim Connor of Kitsune Hi Fi:
“I’ve looked over that device and am a bit bummed to see it’s not of the best build quality. Albeit have not had time to try it. It would be nice if it had some sort of Manual with it to help explain some features, but didn’t see anything online. Do you know of anything like that?”

OK long time coming, I’ve been experimenting and using a Sony BDP - S6700 for a DSD output Blu-ray player. A used Oppo player still commands a premium price. I have an HDMI to I2S/IIS HDMI over I2S board which came with a white cable that fitted the I2S output socket on the board. After searching eBay I found a small companion I2S - HDMI module (https://www.ebay.com/itm/1pc-I2S-to-HDMI-module-IIS-I2S-HDMI-Support-DSD-PCM-HIFI-Audio-DIY/312050619538?) which when mated with the I2S input on the module gives you the option of switching 2 of the 6 pins on the cable to correct the L + R channel reversal at the HDMI output socket thus solving this nagging problem of the channel reversal that occurs during DSD playback.
A few caveats: the module only outputs a DSD signal at the HDMI socket, no PCM. For PCM use the HDMI socket on the IIS HDMI over I2S board. Volume should be way down at initiation of playback as there is still a loud static sound when the first track is played. IMO for the best sound, the board needs to be powered by a 5V DC source and the module absolutely need to be powered by a 5V DC source or there is no I2S signal coming out of the HDMI socket. Lastly, once the wires to the pins on the module are set and you’ve tested that everything works you could 1) solder all the input wires to the pins or 2) do like I did and use a small amount of epoxy putty to keep everything put. You do not want any wires accidentally coming off the pins. On the diagram below the Pin # refers to the wires coming off the IIS HDMI over I2S board, so wires 3 and 5 carries the DSD_R and DSD_L signals.
Ok, let the listening sessions of pure DSD via HDMI over I2S to DS begin. 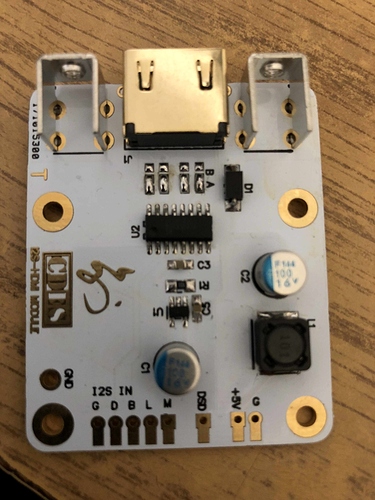 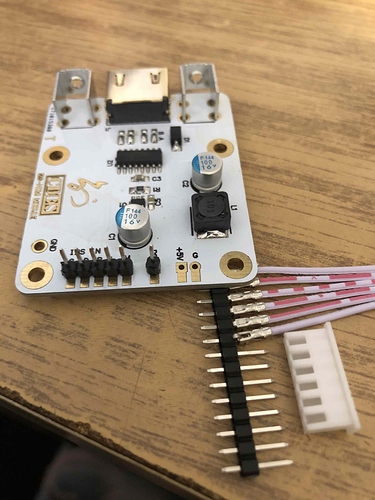 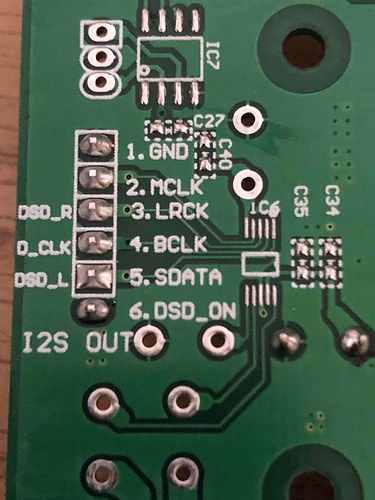 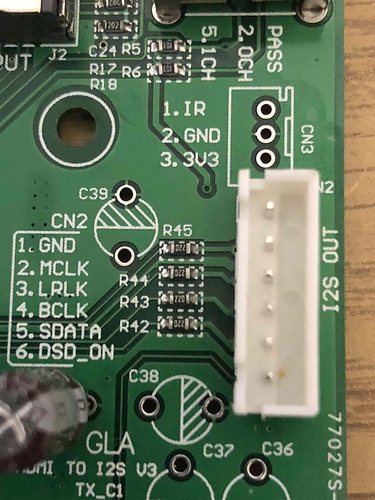 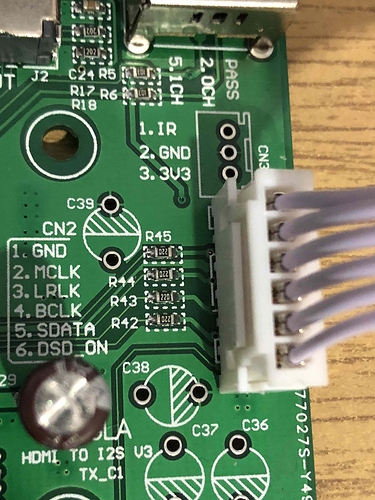 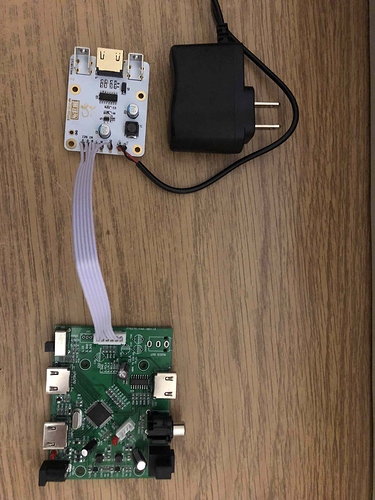 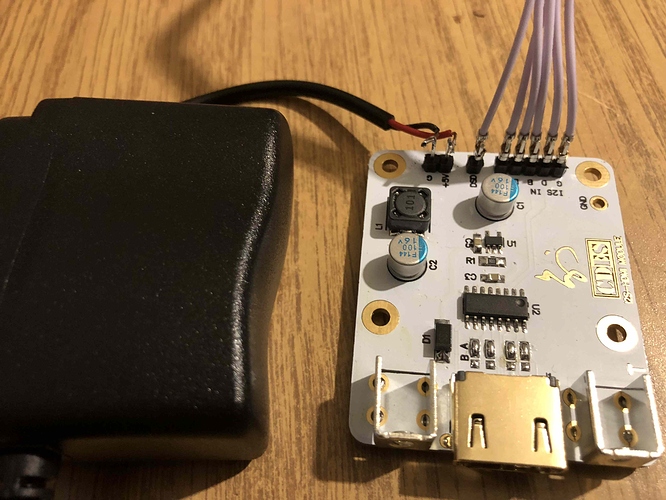 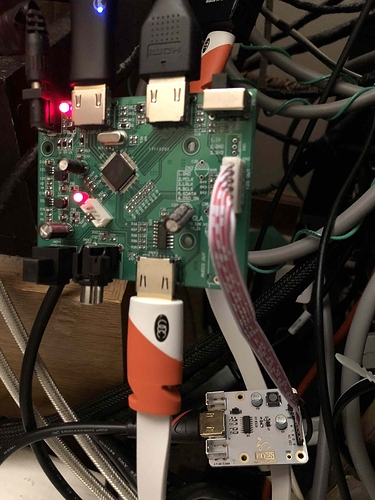 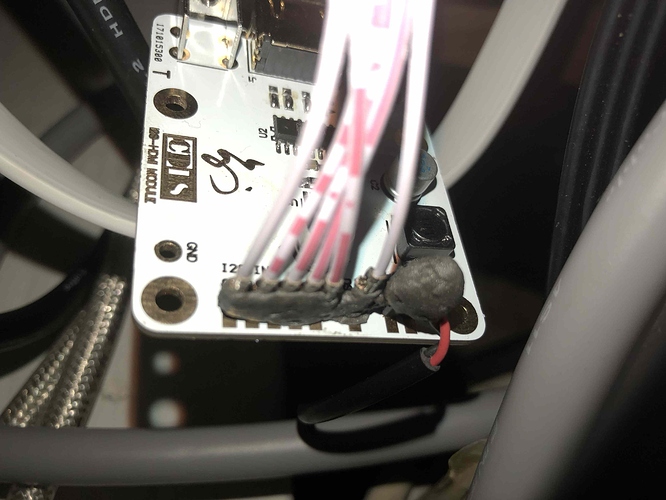 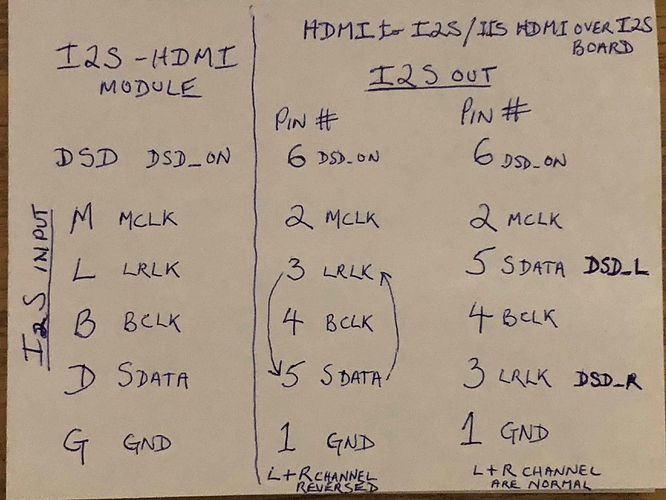 Again thanks to everyone on this forum, I’ve learned a lot and have made some significant improvements to my DS enjoyment.

This is fantastic, so you use both i2s inputs on your DS DAC one for PCM and one for the DSD?

Good work. So the whole point of this project was to correct the channel reversal? Be interested to hear the listening results.

On this subject, if someone (Veneet?) wants to make contact with Tim Connor of Kitsune Hi Fi about his attempt to improve on the HDMI to I2S board, that would be very helpful. He’s not happy with me over some problems following a fuse order, so it would be better if someone else took up contact and spurred on his interest in following through. Just say you read on this forum… I’ve provided him with information and he’s had a number of questions along the way, so someone familiar with the board, its problems, the mods we had to do, etc., would be most productive. On Ktisune’s site, one can see that he likes to take up these sorts of projects. If he does come up with something, it will almost certainly be a sonic improvement - he’s mentioned a few that can be had - if not a functional one. https://kitsunehifi.com/

Have been very busy with health issues so feedback has been slow. Anyway yes, I use both I2S inputs on my DS DAC. The I2S 1 is for the HDMI to I2S board for PCM and with an attached HDMI Bi-Directional switch the output of the I2S - HDMI module for the DSD can be used for the same I2S 1 input with the flick of a switch. The I2S 2 input is for the I2S output coming out my Singxer SU-1 USB audio bridge. That being said my vast music collection is in red book CD’s which sounds great with the HDMI to I2S board PCM I2S output and the few SACD discs that I have can now be enjoyed via the DSD output of the I2S - HDMI module. I think that the DSD 64 being output by the I2S - HDMI module is excellent. So now all I have to do is to flick a switch depending on program content PCM or SACD. As far as a modification for the HDMI to I2S board I can only see a replacement for the three capacitors on the board two 50V 47uF and one 50V 2.2uF. Any suggestion will be appreciated.
It take about 3-4 weeks for anything to come from China, so always order a spare or two as back up. Lastly with the tariff wars between China and the USA heating up prices may go up so don’t wait too long to order!
IMG_1822|666x500 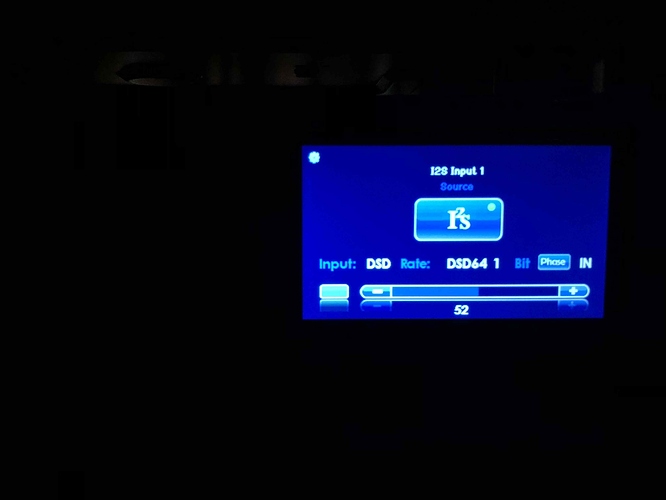 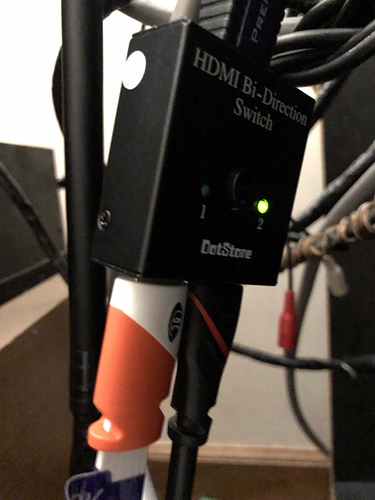 Thanks for the reply. I hope you get/feel better soon!

I only was frustrated behause I always Hader to change the whole configurations.

Meanwhile I have the ultimate solution: Oppo for video and Memory Player for Musik

Now everything runs without any changes.

Thanks again for your help.

Oppomod i2s output board works great.
Uses existing ribbon cable from internal dac, install in it’s place or use supplied cable to connect to that to use i2s boards passthrough.
Sounds noticeably better than SPDIF I was using before. 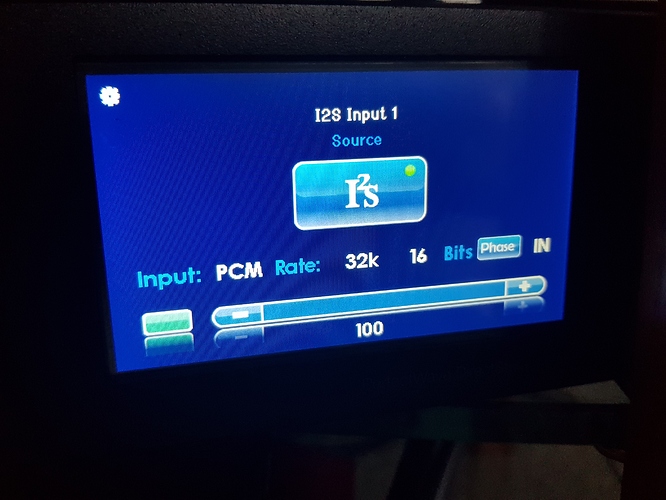 Good to hear. What I’ve been unable to find out so far from Oppomod users is the tonal quality of the Oppomod mods, i.e., warm and liquid vs. “neutral” (cooler). You’ve only added one piece, a peripheral, but even hearing about its tonal quality would be helpful.

Not a simple answer. In principle, I2S should be better than coax. In practice, I would say it depends on the combination of 1) the HDMI to I2S card you’re using, i.e., the cheaper cards on eBay or something like Oppomod’s (which I haven’t heard, but should be better); 2) the sonic quality of the HDMI cable(s) you use with the card; and 3) the sonic qualities of the coax cable you compare the I2S setup to. The advantage of the I2S set up is that it should be less expensive than a good coax and you don’t have to change the 103’s settings to play DSD files.

I had to check a photo of the PWD to make sure it has I2S inputs. Think of it as you are using the 103’s HDMI output and converting it via the card to something else that the PWD can accept.

Can you get a DSD output on your IS2 card to the Directstream?

While we invented the I2S protocols used over HDMI and freely distribute them for use by any company that wants to use them that doesn’t always mean they did it right. Just don’t be too disappointed if the two don’t line up and work properly. Many do, but we constantly deal with upset customers who blame us for the problems with I2S with out gear.

Sorry for going off topic, but have any Oppo users found the ‘pure audio’ setting to make any noticeable difference in sound quality?