Getting Oppo DSD Output to the Direct Stream Dac

I have ripped my SACDs in dsf to my computer using the iso2dsd program, for both Mac and PC. Since I use Roon, I can access them on all my devices, as Roon downsamples where needed. The downside is the iso2dsd programs only works with Oppo 103 and 105 units.

I gotta extricate the many SACD I have but never listen to.

I got 7 new ones today so I have around 40 unlistened SACDs too enjoy.

IT WORKED !!! I just did exactly this on my Sony UBP-X1000ES/PS Audio DirectStream Sr… Thank you so much for this post.

I am glad that someone has finally tried the I2S board and I2S module to finally get true L & R I2S output from a SONY (or Oppo ) player. It has been almost 2 yrs that I have been enjoying and playing SACD disc that way. I have discovered a few more tweaks that has increased the resolution of the playback system which will be posted in the not to distant future. It is a great feeling to just grab a SACD disc put it in a player and enjoy the music via the DSDSr while reading the information on the disc booklet.

nazo2771 thanks again for your post on this Forum last year. Swapping pin 3 and 5 on the little board was the key. How did you think to flip those two specifically for the L & R correction ?

The answer was on the big board when you flipped it over it was right there. 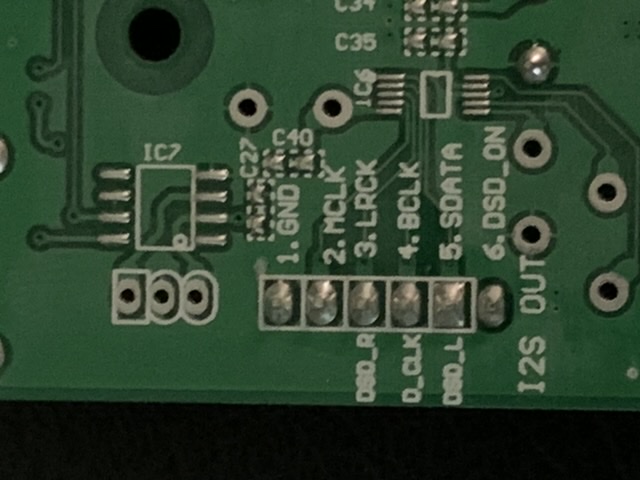 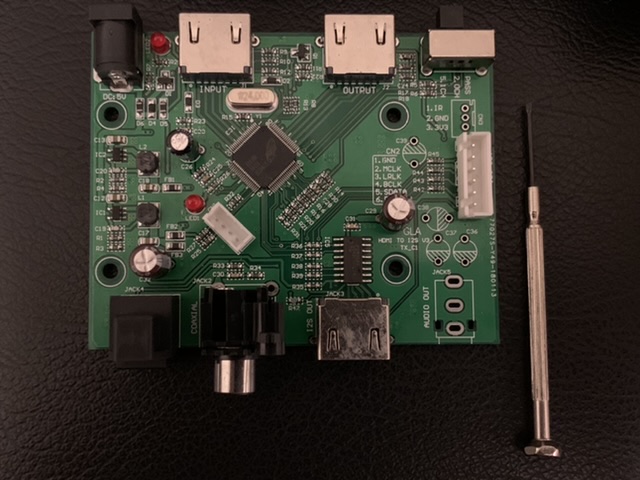 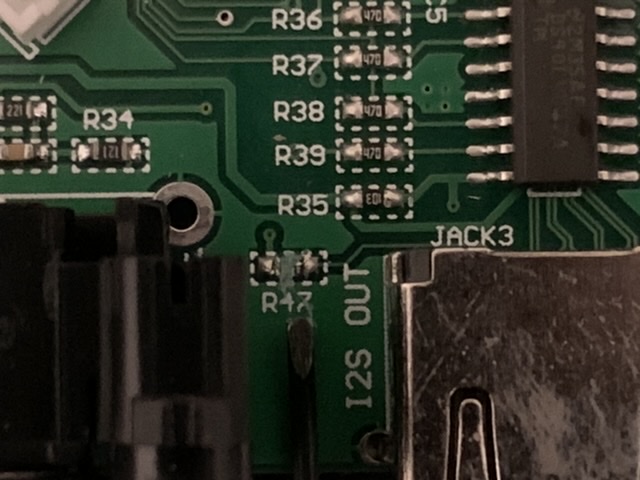 It didn’t work so I put back the resistor back on. I have a Metcal fine tip soldering station so removal and replacement was easy.

I’m assuming that the Oppo does De-emphasis differently than Sony, Also I flipped pins 3 & 5 on the little blue I2S board and simply cut to size the ribbon cable, stripping the wires on the blue board end, and soldering. 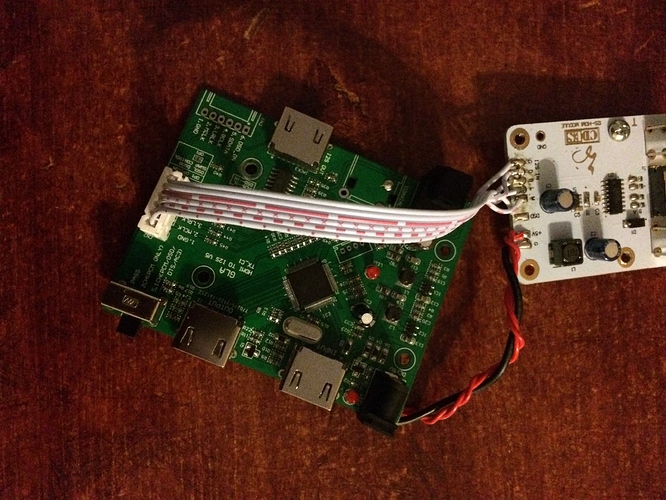 But thanks for all your suggestions. DSD using I2S with the DS Sr. Sounds awesome and I can play my SACD’s using the DS Sr. !

Just to be sure we’re on the same page. The removal of the R47 resistor does work for PCM de-emphasis but only on the big board. The I2S output on the big board is used for PCM only and the I2S on the small board for SACD only.

OK. I am STUPID !!! I forgot about that. I’ll remove it again and use the I2S output of the big green board.

Thanks for replying cause I would have gave up and just continued using the Coax.

Off to get a decent HDMI Cable now.

I wont need to USB ——> I2S since I access all my PC Music Server files PCM via my Sony Ethernet connected UBP-X1000ES. The DSD files are on USB memory sticks plugged into both my Sony AVR & Sony Transport and are accessible via DLNA (Ethernet). 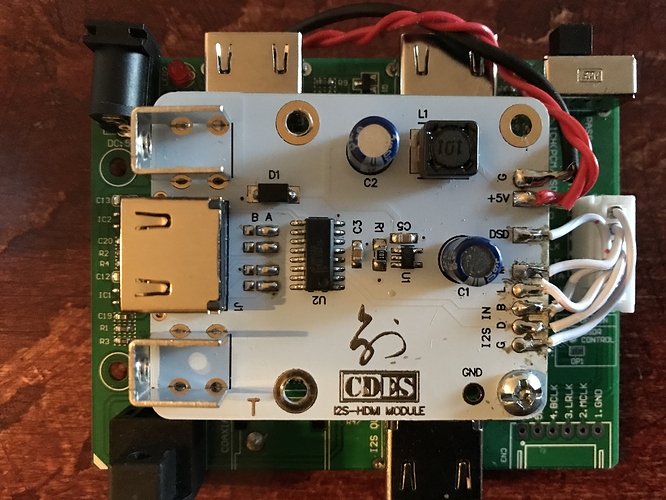 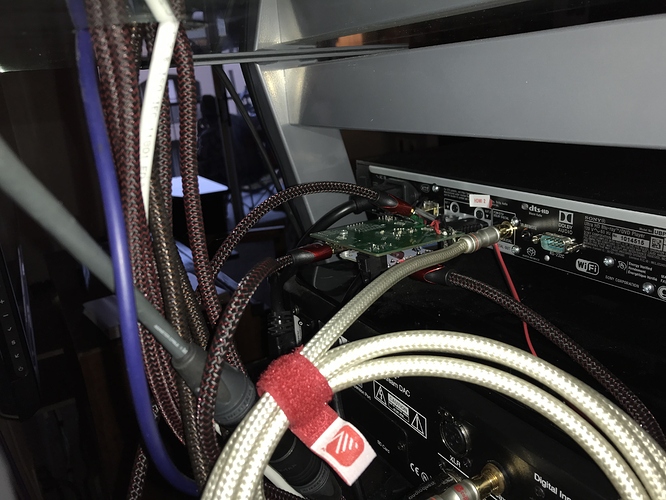 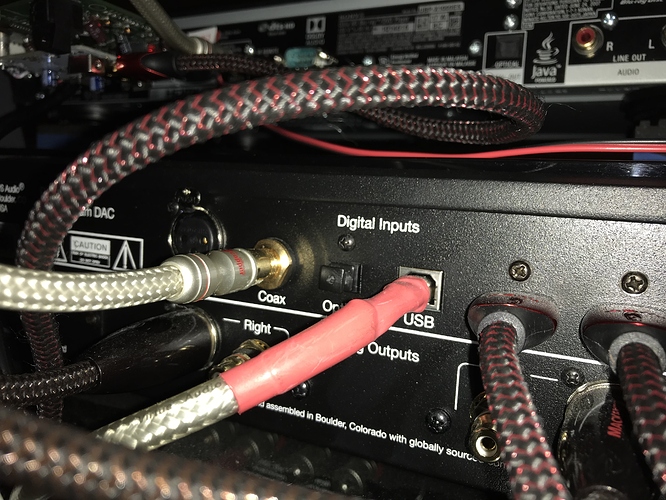 Great setup, you gave me some new ideas for implementation but at the DSD Sr. I2S input as my Setup is mainly for audio only not home theater. Really nice setup combining the two boards.

You helped. I just took it a step further for my integration purposes.

I am done with this setup, the ECT was the last piece . Everything is sounding great. 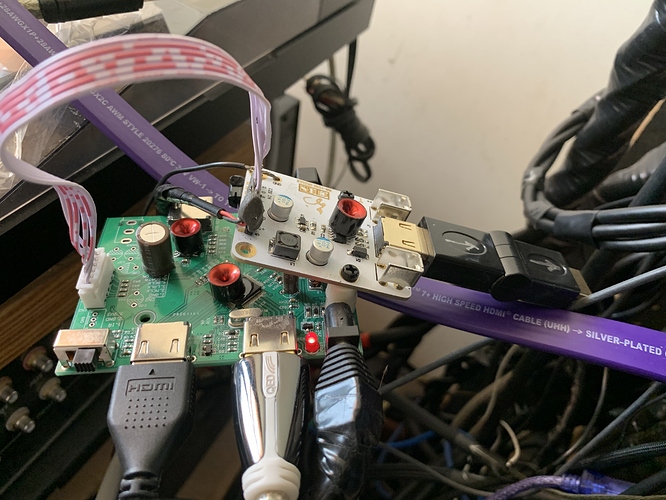 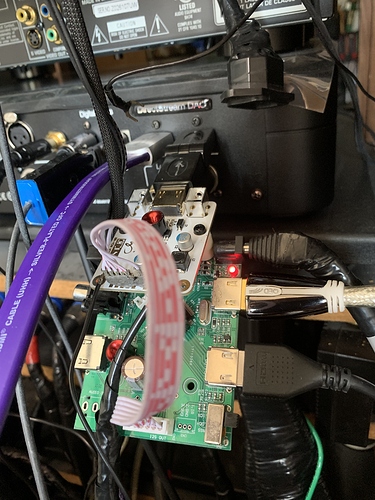 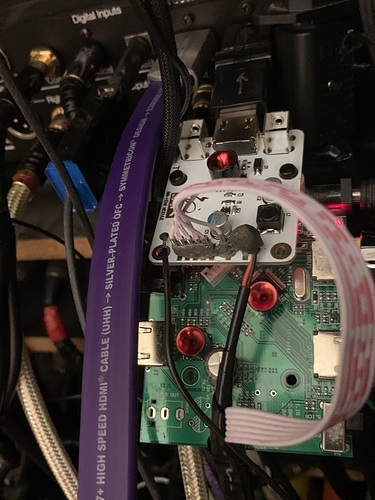 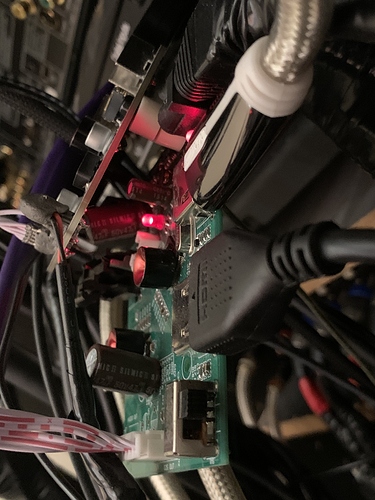 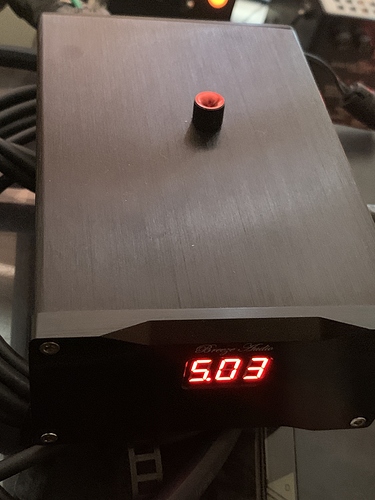 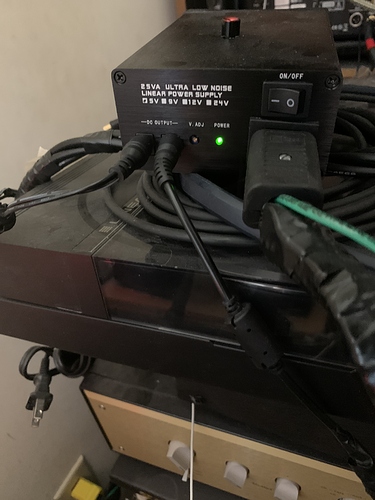 All caps were replaced with Silmic II and is powered by a dual outputs LPS set at 5V DC.

@nazo2771 sorry to rain on your parade but I’ve been an electrical engineer for 35 years and this SR ECT and related pseudo science stuff really rubs me the wrong way. What are these gadgets supposed to do anyway other than separate you from hard earned cash?

I am sorry that you feel that way. I don’t have any stakes in Synergistic Research. If I had listened to folks that is as opinionated as you are I would have never discovered this ultimate tweak for the DSD Sr and these two HDMI boards. The proof is in the listening. You have 30 days to return all your purchases if it is a sham to you. The real shame is dismissing it without even trying it out. In the end all that really matters is I am enjoying the music.
Peace bro.

That’s those red thingy’s ? A better solution is what I did bolting the two boards together and and shortening the CLK, DATA, DSD, & GND connections to minimize any noise from creeping in. And my power supply is from Fry’s Electronics. 12 A, 5VDC Switching Supply with an LM317T Voltage Regulator with 100uF Vishay Electrolytics on both in’s and out’s of the regulator bypassed of course with some SoniCaps 150nF Caps I had in my junk pile. Quiet as a mouse but 5VDC/12A is overkill but that power supply was just laying in a box from a previous project anyways.

BTW, those chips with the red thingy’s don’t get hot (but my regulators heat sink does…LOL).

The red thingies look like turned, anodized aluminum. I hope they’re not electrically conductive because you could do some real damage depending on placement.

Didn’t mean to offend but this is not about my opinion. I would honestly like to hear something resembling a scientific explanation of how these gadgets are supposed to work. I’ve read many product descriptions from SR with a string of technical sounding words that make no sense at all.

Those red thingy’s/thingies are called ECT. Go to the posts for Synergistic Research ECT’s in the Direct Stream for some perspective.