Drivers! Why so many? What is going on?

See my screen snip (foobar)… what the heck are all those drivers doing in there? I have a new, clean install of Windows 11 on a new machine I built. I have downloaded the Woo Audio drivers for my WA7 Fireflies DAC/Headphone amp, have a DirectStream DAC, and my PC has a Realtek sound chip in there (an Asus Proart X570 WiFi board). I see about 29 entries in there.

I usually select, for both DirectStream and Woo Audio, the drivers labeled “DSD : KS : xxxxx”. I found that the Woo DAC/Amp won’t decode my DSD files if I select any of their other drivers. I think the Woo drivers included the entries that are denoted “XMOS” which I haven’t a clue what that is.

So… what the heck is going on? 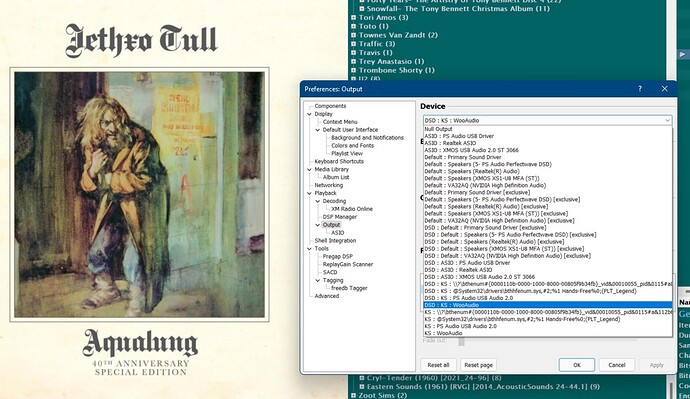 Your computer has sound devices built in, as does you video card. Those drivers get installed three different ways for each of those. Sometimes more. If you try to remove them spooky things happen.

Mine were essentially cut in half with a new version of the Super Audio CD Decoder - now they don’t just duplicate all of your other driver entries with a DSD: in front of them.

It also looks like you aren’t using WASAPI, which would add two more sets of each of your primary devices.

My single Connect Clip (audio connection to my hearing aids) adds eight items to the list. 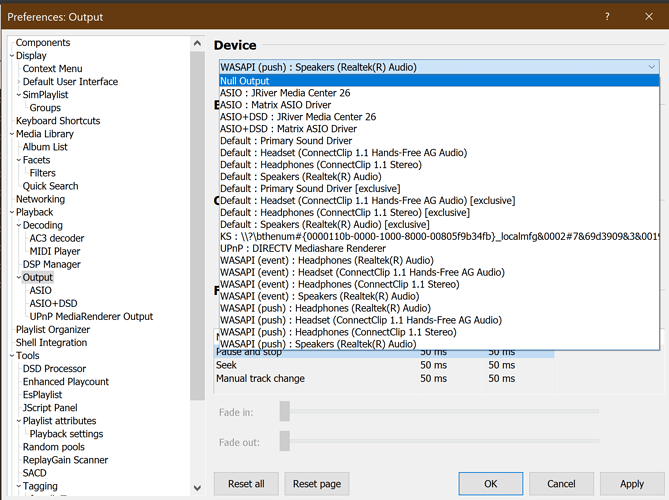 Since I primarily use the Matrix I don’t have the PS Audio USB drivers installed and usually I have the M2TECH hiFace Two installed which is another whole set of drivers.

When I was debugging some XMOS USB devices it was positively hard to find the one I wanted.