Holo Audio: one of the best dacs ever? J Atkinson, H Reichert, S Deckert, M Lavorgna, GoldenSound, D Abramson and the Stereophile reviewers think so. Stereophile A+ and POY 2020

It kept Dad in the living room watching the kids.

I made a point that going off topic is in itself not a bad thing, as in the side conversation regarding the Jays CDT2MkIII transport in a HoloMay Thread. A little Jay Ward imagery to lighten things up while emphasizing that very point. As I said now back to our regularly scheduled programing: 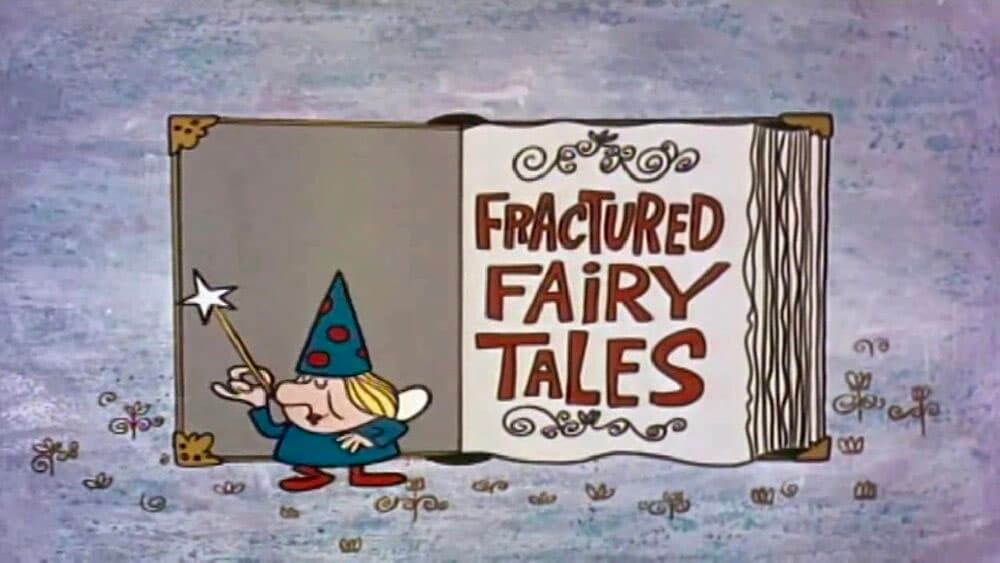 Now what is so great about the Holo May KTE DAC, and why should one partner it with a Jays CDT2MKIII especially when comparing it to the PerfectWave DSD/PST combo. From what I gather, from his listening experience @angen could not part soon enough with the KTE. Was it the KTE, Al’s music preferences, his system, or personal preference?
I get the impression that the KTE/Jays may produce a slightly thin and forward sound, albeit better soundstage delineation in comparison to the PerfectWave combo.
Now are we back on track?

I remember it well

The May KTE does not cost enough for him…he has cables that cost more.

Or he just is sharing his honest opinion based on listening to it in his system. My thought would be acceptance will be system dependent based on ones listening preferences, music preferences, and budget. Did you compare yours directly with the DSD/PST combo?

And that impression comes from only one actual owner who did not own a PST at the time and another member who just stuck it in his DSD optimized system for a couple of hours and made a pronouncement. So the rest of us actual owners are deaf or just plain mistaken even though we’ve compared both DAC’s in our own systems for a length of time. Also if my memory serves me correctly a good part of Al’s current system was either not in place or fully operational at the time he made his assessment.

I’m not picking sides, I’m not looking for an argument either. I am looking for evidence to support one option over another. I personally am at a crossroads. I understand Al’s opinion is based on his journey. Seems like he continues to have a fun time with it, and from what I’ve read it’s credible. I was hoping to learn if others had similar experience but landed on a different solution, thats all. Maybe I’m naive. 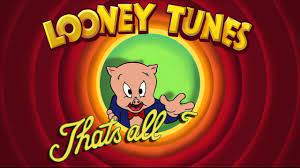 Don’t have an issue with Al’s personal opinion of what he heard in his system of that time as at least he put his money down and tried it for himself. The other pronouncement has absolutely no credibility to me based on how it was done or the time involved. Having listened extensively to the DSD for three years in standard form and then again after the transformer upgrade it was better afterwards but not transformative. It was in fact what Ted spec’d and intended to start with. I thought the Aqua was better than either version with the May better still. All were tested in the same system that had been in place for almost two years so I am familiar with what changes in components can do. I find the “house” sound of the three DAC’s to be similar with none of them being “thin” or “forward” in any way as I have dumped several DAC’s of that ilk pretty quickly. As to pairing with the PST, I don’t know nor do I want to. I only own less than a half a dozen hybrid SACD’s so don’t need an SACD capable player. Plus if I did that one would never be a consideration as while not as problematic as the DMP the PST’s ever expanding list of hardware and software “quirks” are not something that appeal to me at any price and certainly not at that one. I have owned four PSA pieces in the last five years and still own three so that is not the issue. It is the apparent build quality and lack of quality control for the disc players that is my issue. For me it was always down to the Jay’s or the Project CD Box RS2. In the end the build quality of the Jay’s plus Alvin’s reputation and the fact that I had three prior transactions with him won out. Also if you want to use I2S that eliminates the Project as like the new Aqua spinner it is brand proprietary.

That helps, and I believe you may understand my motivations as well. Unfortunately for the foreseeable future the La Voce will not be available new in any quantity. Im not personally familiar with the Project. Purchasing the KTE and the Jays means relying on internet chatter, which is fine. Just thought someone in this thread had actually made the comparison other than Al.

The Project’s claim to fame is that it uses the new transport developed by Stream Unlimited a company made up of the CD engineers from Phillips. It is at this time the lowest priced unit on the market using this new drive unit. The other players using the new drive, like the new Aqua, start at $10k. It’s a clamshell design unit with a much less substantial case and a cheap remote though reputed to sound great. It’s I2S only works with their DAC’s and doesn’t follow any of the four common standards. If you can’t find a new La Voce S3 the you can try to find a deal on the next unit up the La Scala. Al bought his PST during the sale and by that time his May had been gone for month’s as he sold it to another forum member in the late Spring. He is using his Jay’s either via Coax or AES to the Gryphon. There was a used silver La Voce S3 for sale on Audiogon for a good price by a reputable seller who has been a member for 20+ years. Not anything in them to go wrong and if it’s not your cup of tea easier to sell with little to no loss. As to the purchasing based on internet chatter I kind of thought that was the point of us regular and long term members sharing our experiences with different products. Of the many users on this forum alone you have no one that doesn’t love their Jay’s and only one that didn’t like the May. Pretty large positive sample size to my way of thinking.

Not criticizing the chatter, just looking for more that entails a direct comparison. Looking for a red herring possibly. In the market for new product. Will also be looking at SimAudio, and others as well.

I wouldn’t worry too much on which is better, the PS Audio or May. They’re both very respectable units as both is loved by their owners very much. I tried the May with the PST, but my system is built around the DS and taking it out and putting something else in no matter how good may not work too well. The DS just has a fuller and more transparent sound in my system. That sound might have to do with my preference also. My friend who owns the May says he still prefers the May more. Maybe in his system, he could not ask for a better sound than the May. I think you can take either DAC and built a system you can be very satisfied with. I’m no longer gonna say which is better, it really depends on the rest of your system and your preference.

Was your connection between the May and the PST direct with your HDMI cable (Nordost I believe) or was the Matrix in the middle?

Direct with AQ Dragon HDM on the PST. With the EsotericN-03T, Nordost Valhalla 2 USB to Matrix then AQ Dragon HDMI to DAC.

That did help as what I am looking for is clarity with a smidgen of warmth, which to my ear and in my system is what the PSA DSD brings to the table.

This AP SACD is stunningly great through the May KTE!: 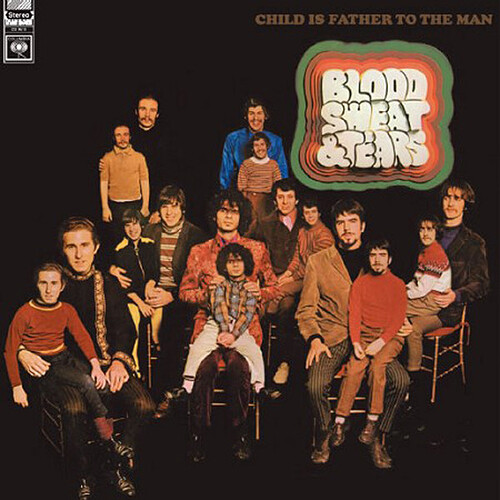 Yep, another glorious sounding SACD on the May KTE: 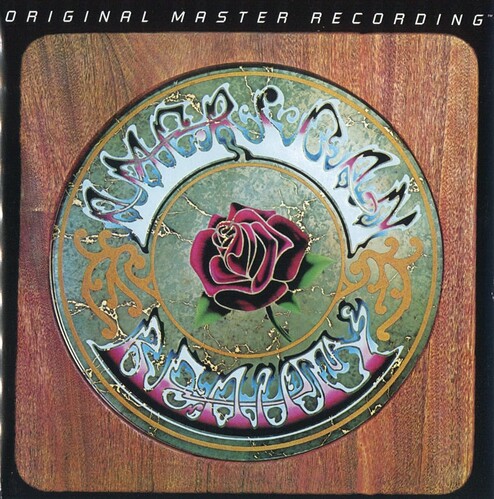 That’s a really interesting observation. I never thought of the dsd as transparent when comparing it to higher end DACs. Don’t get me wrong, I’m not denying what you saying, i just find it interesting how everyone experiences things differently. I guess that’s part of what makes this hobby fun.

I had both the May and the DSD hooked up to my system. The Trinnov allows me to level match each source and I’m able to quickly (within about two seconds) switch from one DAC to the other. The only downside to testing in this manner was that I have to use digital coax as the interconnect since it was the only one I could split into two different devices. Here is what I found.

A couple other things to note. The last time I ran this test was between thanksgiving and Christmas so im relying on what I remembered. I also was using the coax input on the May and in my opinion the USB input sounds a lot better with my Auralic Aries G.2 streamer.