If you have the same problem with your P15/P20 that I have, that it hums when you turn it on, just turn it off and on again with the main switch on the backside (or do it a couple of times) and your P15/P20 will eventually start up quiet & nice.

Are you using 50hz or 60hz power?
Does it hum in all multiwave values/in sine?
Does it hum at all sine wave starting locations(phase tune translation values)?

I was googling around…have you heard of ‘DC Offset’, sometimes called ‘DC in the AC’, this is usually the result of unbalanced loads or flaws in the power distribution system. This can cause DC current flow in the transformers that power your audio equipment, making them run hotter and produce an audible, mechanical hum…You may have an actual issue with the power to/in your house.

230 volt 50 Hz = Sweden
It hums both in Multiwave and sine but less in sine and less the lower MW Strength I have.
It hums most with MW 6 and Phase Tuning on +10 but if I use -10 on Phase Tuning it becomes quite also.

Check out the CMX-2 from emotiva here: 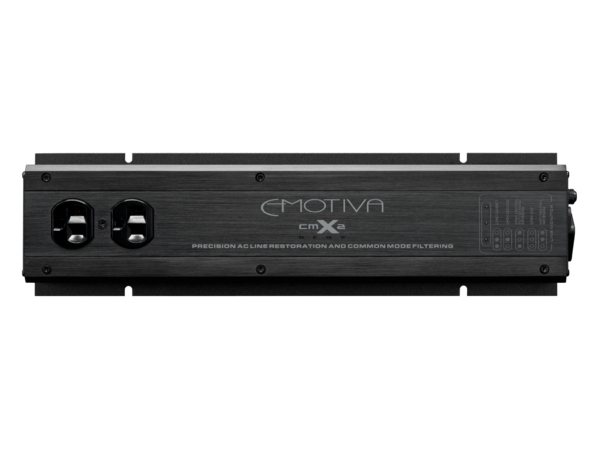 The CMX-2 offers a solution to a less-familiar, common problem – DC offset on the AC power line. DC offset is usually the result of unbalanced loads or by flaws in the power distribution system itself. It can cause DC current flow in the transformers...

I was reading PS audio used to make a similar device called the ‘humbuster’ but they stopped making it.

PS Audio doesnt recommend adding anything(surge protectors/conditioners) before their regenerators…so, I’d check with them first and see what they think.

The current crop of PowerPlants have DC blockers.

I don’t have anything before my P15.
I tried a DC blocker before my P15 but the DC Blocker made my P15 hum more so I removed it.

Elk just responded that the newer crop of powerplants(12/15/20) have dc blockers…so maybe it’s not that.

Have you had a conversation with one of the PS Audio engineers directly? Maybe they can look at the data generated from the network connection which may have more information on the incoming power…I would ask.

Also, how much of the total power consumption envelope are you using for your P15?..is it 75% or more?

IT may be the transformer needs to be tightened down a gentle bit.

@Birger Is it a new unit? My 230v 60hz P3 for the first 2 months, every once and awhile would make a terrible buzzing noise! the loud buzzing went away the quieter occasional buzz still shows up from time to time though.

I’ve been reading about the ‘Magnetostriction Effect’ that is common in transformers.

This effect is the result of magnetic materials changing shape when they are magnetized(magnetically loaded). With this being AC it’s constantly magnetically loaded and unloaded causing it to vibrate. I didn’t think this effect was common with hifi toroidal transformers since they don’t have stacked metal cores. I know it often occurs with large industrial step down transformers which DO have stacked metal cores. You can normally see these buzzing near your house, it’s very common.

I wonder if like Elk said, "It may be the transformer needs to be tightened down a gentle bit.”

Maybe you can add some type of vibration absorbing mat under the toroidal transformer.

I bought in August last year.

Maybe you can add some type of vibration absorbing mat under the toroidal transformer.

Well, it’s easier for me to just turn my P15 on and off a few times until it becomes silent.
I have my P15 on all the time with the AC-ports in the “Always On” mode so after I’ve turned on my P15 without any hum the hum never comes back until I the next time I turn on my P15 with the powerswitch on the back, which I rarely do.

You may have an actual issue with the power to/in your house.

Yes, in a way. The humming becomes worst when my AC is blowing warm air.

Well then I am of no use

It’s interesting to me that sometimes when you turn it on it hums and sometimes it doesn’t. It may come back for seemingly no reason…

Audible hum caused by the ‘Magnetostriction Effect‘ occurs because the system(your p15) just happens to be vibrating at an audible frequency. Many things vibrate but usually at frequency too high to be audible.

I became (happily)surprised also when I heard that my P15’s hum disappeared when I turned it off and turned it on again.
I have no idea why it behaves like that.

Well, if it comes back, then you still have options.