What are some of your favorite stereo review channels on YouTube?

What are some of your favorite stereo review channels on YouTube?

I’ve been watching ‘Audio Excellence Canada’ and have been really enjoying that the three of them each have a unique and individual view on each of these products. They also have really great reference gear which they use to test new products. Finally, they seem to really have a deep passion for music.

Here is a video they did looking at the Magnepan 1.7i:

Here is their latest video on the Serafino:

I enjoy many hi-fi review channels, but the one that stands out to me is Darko.
I like his casual attitude and the pro-looking camera work and editing.
I really enjoyed his review of The Klipsch Forte III

I like Darko and Steve Guttenberg’s Audiophiliac, but for in-depth knowledge of recorded music and turntable expertise I go to the incomparable Michael Fremer at Analog Planet

Those three at AEC put a lot of work and the effort and it shows. But I find that my fellow Canadians just don’t “float my boat” the way Paul’s, Darko’s, Shawn’s, Dan’s, Steve’s, and Andrew’s does. Dan Ritchie of GR Speakers has an excellent Channel that spun of off New Record Day Dan’s.

I like Thomas from Montreal’s YouTube Channel. Very direct, to the point, and he says stuff that’s interesting to me anyways.

My favourite new find is Tarun The British Audiophile. He’s an Engineer who breaks things things down with a no B.S., no Audiophile Adjectives approach and definitely not condescending in any way.

That Boring Dude at Joey G’s Audio Channel has to get off his Axx make some more interesting Video’s with Subject Matter that’s actually interesting to people. His first Video has crappy Audio and yet it’s got over 2k views. 17 Subscribers and counting…

yeah, Fremer is great. Steve Guttenberg is good, too, but I get distracted by his clutter. Darko’s probably my favorite. Well produced, nice clean lines in his listening space. Music-first audiophile. Funny thing is that he’s really into crazy electronic music, which i would never listen to.

This Andrew Robinson guy is ok. Something about him kinda bugs, but not sure what. I think he reminds me of an old neighbor who was super smug and I just couldn’t stand being around him. 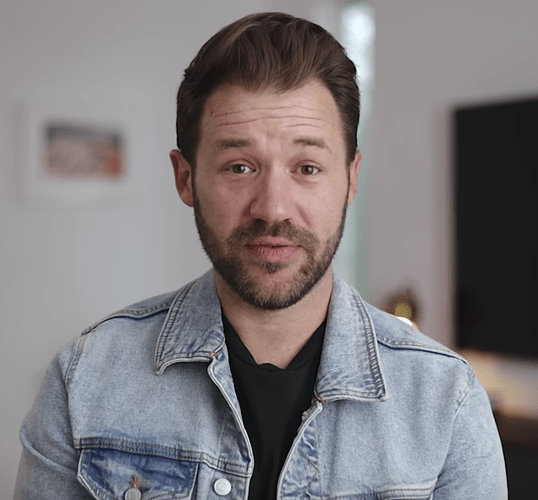 Yeah darko is great! His production value is really impressive imo. Steve Guttenberg is another great reviewer and I like his more laid back approach…almost calming. lol I also agree his apartment is cluttered…very cluttered when comparing his apartment to darko’s place.

I haven’t checked out Andrew Robinson. I’ll have to watch some of his videos and see what I think.

Forgot about Peter Breuninger…he does a great job walking around the trade shows. Although it sometimes seems like people want him to move along…still like him. I haven’t seen his stuff in awhile, I’ll have to check in on some of his videos again as well.

Darko is at the top of my list by kilometers/miles.

Turns out OCD Mikey and I went to the same high school in a suburb of Minneapolis MN. He was a couple-three years behind me so i didn’t know him.

If he could script his stuff and use better lighting, he could be really good.

Something about him kinda bugs, but not sure what.

I had the same feeling about him. Turns out it’s his slow talking… I set playback speed to 1.5 and he is suddenly watchable

+1 here
Although his playlists are behind the pay wall…

Let me know what you think.