What happened to my friend system. Mystery

Inhave a friend who changed his speakers fronts and center from Salk to Focals. He went with Sopra 2 and matching center.

When he packed up the Salks he moved the big amp for the fronts and center to between them from the side rack and changed monster to Panamax on the center stage as well. He also bought shorter blue jeans speaker cables, xlr’s and some non stock mower cables. Nothing fancy just Amazon Chinese 10ga nicer than stock. The rest of his system is 5 year old Marantz processor and sunfire amps. Again not low end and he knows what he is doing. He also have a Rythmik dual 15” sub.

Now that he had this new set up ready he got the new Focals. Played with it for weeks trying to find the right spot and sound stage. Well that never happened. He was super disappointed in the sound. To the point he did not want to even use the room. He has heard my Focals so it was not that he did not like them.

Well last week during the Xmas east coast storm he lost power for over 5 hours. A few days later he got some new tunes he really wanted to hear in his room. Mostly the bass hits as that was still working for him. It was the mids/highs that were not having a good 3D soundstage. Well after the outage poof soundstage to die for. 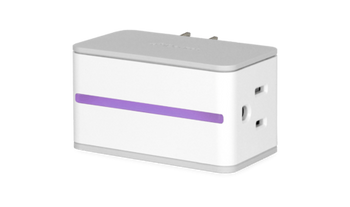 The iDevices Switch is a HomeKit enabled plug that allows you to control, monitor and schedule the power to electronics throughout your home, from wherever you are, using the free iDevices Connected app

His system is pretty simple. Uses Marantz with music on USB thumb drive and Helos app to control. Then just to amp and sub for music.

Maybe he left the gear on for longer after the storm and as it warmed up, the soundstage improved. Or, maybe his amp has an issue. Or maybe the hard reset on the processor was the trick.

Unrelated, but I’d try the system with and without the idevice and see if it sounds better without. Some of those gadgety things generate noise in the lines or worse.

Pretty much what I told him. But the iDevice was in before during and after Salks and Focals. It’s a real quandary on what happened during the “bad” time.