The Recording Industry Association of America (RIAA), released its year-end revenue report for 2017 last week, and for the first time since 2011, sales of CDs and vinyl are outselling digital downloads.

Paid music subscriptions, and services like Spotify, Amazon, Tidal, Apple Music, Pandora and others, grew by more than 50 percent.

Consistent with my experience.
I subscribe to Spotify Premium, and I buy CD’s. I won’t buy another digital download from HD Tracks etc again.

I still buy downloads. HDtracks has some value. The Simon & Garfunkel, Bar-Kays Soul Finger, and Waylon Jennings’s entire set are examples of outstanding HD sound. Note, I have been burned but that’s always due to an overly compressed remaster or modern recording. Also, I only buy when there’s a sale or I just want it now.

I don’t stream yet but I’m sure I will someday. There is a lot of value in streaming when you’re a voracious music consumer. For now, I can keep my addiction under control because I can still afford HDtracks, high end box sets (Mosaic and Bear Family) and CDs on Amazon. When that changes, so will I. It’s an awesome time to be a music lover!

One last thought about my music buying habits, I did give up buying LPs. Doubtful I’ll ever buy another. The Directstream is the culprit.

I did give up buying LPs. Doubtful I’ll ever buy another. The Directstream is the culprit.

DS is a good tool to facilitate streaming. Most of my listening now is stuff that I would have never found in a CD store, in a chat forum, as a download, or anywhere else. Spotify is the culprit, it just keeps throwing stuff at me that grabs my listening attention. Another source that has lead me to buy a CD a few times is in-flight entertainment programming. Particularly on Qantas, Cathay Pacific, and Singapore Airlines. 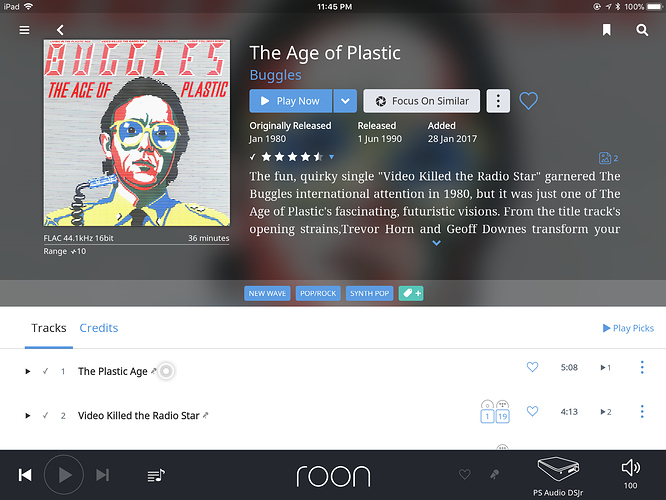