DSD over USB into DirectStream Senior

I have DSD64 files on my Aurender ACS10 server. Through their app, I attempt to enable “Native DSD Output” and theirConductor app reports that my DAC doesn’t support Native DSD input. The DirectSteam does display that the playback as DSD64.

Is Native DSD something different, or perhaps is the file force converted to PCM then back to DSD64 once transferred to the DAC? I appear to be confused

The “native” refers to DSD encoded music in a file rather than on an SACD disc. I use bridge II / LAN cable to stream DSD 64 files to the DS DAC.

So the file on my server would be Native. Digging a bit more I’m seeing that the Dac shows the input to be DOP.

DoP uses a PCM data stream to carry DSD between devices. According to the Aurender app the DAC needs to carry the DSD over PCM. I’m curious if when you stream through your bridge if you see DOP as well on the input listed on the LCD. Seems like the DAC defaults to DOP and doesn’t allow DSD as a direct input into the DAC. Maybe I’m missing a setting, but there doesn’t seem to be many with the DAC

I will check this and get back to you. From memory, it says DSD 1 bit as well as something else. What really matters is the quality. Do you like what you’re hearing? Does it sound better than PCM 96 and 192? For me, it does, though once in a while you’d get the odd case, where sound engineering / mastering fails the music and the listener.

Challenge is that I don’t have the same music in multiple formats. It sounds fine but I wondered if since I’ve only ever heard the DSD file on my system could I be missing out. Until recently I only streamed Tidal through the Bridge, no DSD.

The DoP concept sent me researching the threads. Per Ted, it seems the DAC puts all DSD into DoP internally for the FPGA. So I’m guessing that the DAC would rather get the signal over DoP rather than a pure DSD64 signal. So perhaps this is all by design and I was incorrect thinking sending pure DSD64 to the DAC would be desired.

Think of DoP as just a file transfer protocol. The signal data is still DSD, the display won’t differentiate between the two as it’s all just dsd data. In fact the dac converts all native dsd file format streams into DoP internally anyway.

Sorry but that’s a bit off base. “Native DSD” most often means “the original DSD bits will be handed to the next device without relying on DoP encapsulation”. That kind of native DSD playback is not commonly possible – it technically can be done with USB but you need custom drivers and custom firmware in the receiving device’s chipset, which is probably what the Aurender is attempting to do.

The only reason you’d want that is if the process of unpacking from DoP causes some kind of electrical noise in your DAC that is detrimental to the device’s overall sound quality – or if somehow your DAC didn’t support DoP at all.

The DS DAC does not support this kind of “native DSD” over USB. And that’s fine, because there is zero sonic penalty for using DoP in this DAC.

The DS DAC does support native DSD over I2S in a clever scheme where the normal data line carries one channel worth of DSD bits and the LR clock line carries the other. This has the advantage of requiring just one third of the baud rate on the data line compared to the equivalent DoP encoding.

In the end, the thing that matters most is that you see “DSD64” or “DSD128” on the DS DAC’s screen. That’s how you know your transport is successfully sending DSD.

Thank you for the elaborate explanation. I found out that other PSA products that use ESS SABRE DAC Chip accept native DSD via I2S.

Innuos recently improved Native DSD from their servers and listed the DACs on which it works here:


They refer to " * Now supports Native DSD playback on a larger number of compatible DACs, especially those with XMOS chips on their USB Interfaces."
There are plenty of Innuos users here, so if it works over usb to more PSA DACs perhaps they can mention it here and email Innuos.
Serhan October 12, 2020, 8:41am #11

In the list, I see PS Audio NuWave DAC. This one uses an older Burr Brown DAC chip (Naim Audio is in love with Burr Brown chips, and so am I) . I never knew that generation could play/decode DSD! I checked the product page, and nothing says it is DSD capable 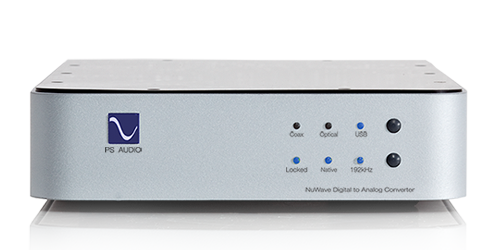 For about 12 years I had a Primare CD player with 4 Burr-Brown PM1738 DACs, two each channel in balanced pairs for noise cancelling. I must have liked it.

Primare makes some good stuff. At some point in time I swore by acoustic suspension loudspeakers (as opposed to bass reflex) so, I sold my Tannoy Sterling and bought Primare Little 16. The pair had serial number 99 and came with a 10 year warranty. They used to have a passive bass radiator around the back. The main drivers (made in Germany) were damaged after 4 years and they sent me replacements for free. 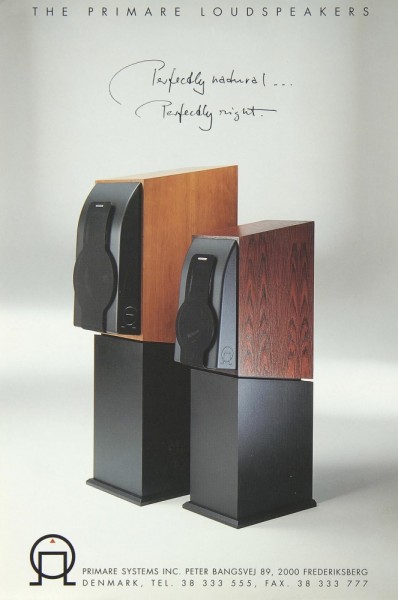 My A30.2 amplifier stopped working after 8 years, so they did a free UK-Denmark collect and return repair.

There were two versions. The NuWave DSD replaced the NuWave. The former does DSD, the latter does not.

Exactly. Both have been discontinued for a number of years.

Thanks Steve.
Good to know. I am wondering why their list did not include current models.

Innuos were hoping DAC owners would tell them if Native DSD works for them.

As jamesh noted, both were discontinued. The NuWave DSD was replaced by the Stellar Gain Cell Preamp (which has a built-in DAC). I still use a NuWave DSD in my second system in my home office. It was, and remains, a good DAC for the money.