For those of you in the civilised world who don’t have to worry about this sort of thing, be happy, for those of us who live in or are currently trapped in places that charge you for medical insurance, medical care, or medicine, you can share my pain. This is my pharmacy part only, my medical treatment part looks about the same although the cost of my procedures and medical visits is much higher this month due to a couple routine scans and a lot of blood work but my cost is about the same. Remember this is for the period of 2 January to today 5 February. I am extremely fortunate that I can pay these bills and not change my lifestyle but can you imagine what it’s like for folks in situations (admittedly unusual but not super uncommon) like mine who are just getting by or are on fixed income or retirement? It really is a terrible thing for many people. Sorry for the rant but it just bothers me that we have as a society allowed this to happen. Rant over, sorry for the downer. 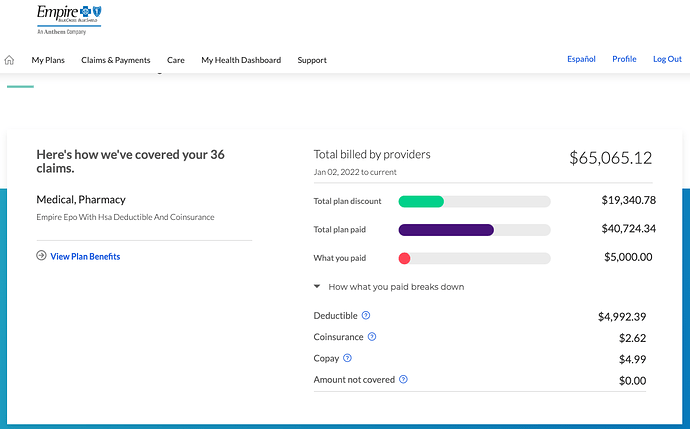 Yes sir, we have the finest Wealth care system anywhere!

Wherever you live, MOVE to the USA ASAP

He already lives in the US.

Where else in the world does anyone pay that for anything health/medical-related?

There are many, many systems depending on the country.

For example, in Switzerland there are no free state-provided health services, but private health insurance is compulsory. The insurance pays most of the cost of care, but the insured pays part as well.

The U.S. spends the most on health care, but there are many reasons for this, including citizens’ tremendous sense of entitlement as to what should be done which is as much cultural as practical.

Another issue is health insurance is linked to employment rather than citizenship (unless older and retired) which arose out of attracting workers after WWII as well as union demands. The States has not been wiling to change this.

It all take a tremendous amount to unravel.

I love the NHS, but it’s so utterly mismanaged, I can’t see it lasting too much longer, certainly without a complete overhaul from the top down. Most of the NHS services are now privatised so costs are exponentially higher.

The organizational demands alone would be daunting.

It’s quite deliberate of course (I won’t ascribe blame @Elk and I won’t respond if anyone else tries to).
The NHS is being deliberately scuppered, and has been for many many years.
It’s a tragedy and a scandal.

I do not have enough knowledge of the NHS to intelligently comment. But I am now going to do a bit of reading to learn a bit.

I do agree, personally. It was made quite clear in a manifesto by Thatcher back in 1980’s and they’ve steadily taken that track since, bit by bit, privatising more and more sectors to the point where it will eventually be abolished.

Is the NHS being privatised? | The King’s Fund (kingsfund.org.uk)

If you believe in a public NHS, the new health and care bill should set off alarm bells | Allyson Pollock and Peter Roderick | The Guardian

I realise The Guardian is a little contentious for some people, so here’s a similar viewpoint from the British Medical Association

FWIW I’m on the $6500.00 deductable plan. I am lucky enougn not to have any expensive ongoing health issues but paying ~$1100.00 per month and having a high deductable stings when I think about it. So I try not to. It has been stated that roughly half of the insurance premiums here in the USA go to pay for lawsuits and other litigation.

I am certain the percentage is not anywhere near that high. 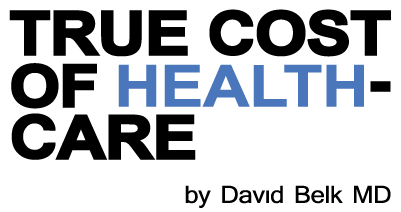 My new book The Great American Healthcare Scam: How Kickbacks, Collusion and Propaganda have Exploded Healthcare Costs in the United States Can now be purchased on Amazon. Here are the links: Paperback eBook Most of the information provided on this...

And overall annual medical liability system costs, including defensive medicine, are estimated to be $55.6 billion in 2008 dollars, or 2.4 percent of total health care spending.

Concerns about reducing the rate of growth of health expenditures have reignited interest in medical liability reforms and their potential to save money by reducing the practice of defensive medicine. It is not easy to estimate the costs of the...

I prefer to think the biggest share of premiums goes to insurance company CEO pay. But then, I like to get myself worked up.

Thanks for the info. I was sure it was 50%. So much for working from memory!

My guess, like most of us, you heard someone say it and it was striking enough to remember. I glom onto all sorts of things this way.