Most important album for each musical genre

“Musical genre” can likely be broken down ad infinitum, and “most important” is obviously not definitive, but this could easily be more fun than some of the other things taking place here lately. Plus, there are genres that I know very little about. This would be less about the best recording of a given album and more about nailing the quintessential albums.

For example, if someone asked me where to begin with Bebop, I’d probably tell them to pick up Kind of Blue. For Heavy Metal, I’d say Paranoid.

Do the above examples deserve a more precise genre?

What is it for Bluegrass?

It can be complicated. For example . . . “Kind of Blue”. . .not really in my opinion a “bebop” album. It is one of the first popular “modal jazz” albums, coming out of a “hard bop” period.

I find these sort of things unsatisfying. There are so many excellent examples within a genre or sub-genre, and defining the genres and sub-genres themselves is difficult and often non-consensual, and . . . well I always love so much music, so many titles and performances, and am not inclined naturally to “rank” them.

For bluegrass, you could make a persuasive argument for JD Crowe and the New South’s self-titled album on Rounder, affectionately known just by its record number “Rounder 0044.” It’s many bluegrass players’ “desert island” disc, including mine.

I had a feeling Kind of Blue could be more precisely placed, but was just shooting from the hip.

For Prog, I’d venture to say King Crimson In the Court of the Crimson King

Grunge has to be Nirvana’s Nevermind

While the Above mentioned In the Court of the Crimson King is one of my favourite albums of the Prog (or any) genre I would argue the quintessential Prog album is Close to the Edge. Matter of small degree for sure but that would be my pick. Tarkus would also get mentioned at the top. While I am Opining, for the Classic Rock Genre (If such a thing exists) I’d offer Tommy or Led Zep 1. Is there a Live Album Genre? Live at Leeds for me

I think you’re onto something with Closer. That is more prog.

Live Rock n Roll Album would/could/should be an genre. Live Album might be a bit too vague.

I was leaning more towards Nitty Gritty’s Circle album for what it did to popularize the genre.

For country, Garth Brooks No Fences. Country went from a fringe genre to arguably the most popular genre for a time in the early 90’s seemingly with the release of that album, and in particular Friends in Low Places.

Outlaw Country cringes mightily at that one.

For outlaw country, anything from Waylon!

Circle is a great choice, and for sheer historical importance it’s unmatched. But in my opinion (and nothing more than that), I think the Crowe album is a finer example of the art, and for a single, working band, the personnel are unmatched - Crowe, Tony Rice, Ricky Skaggs, Bobby Slone and Jerry Douglas. Among second generation bluegrass musicians, I don’t think it was ever equaled.

I don’t offer this to bolster my argument, but only as something of interest to anyone who reveres the album like I do: 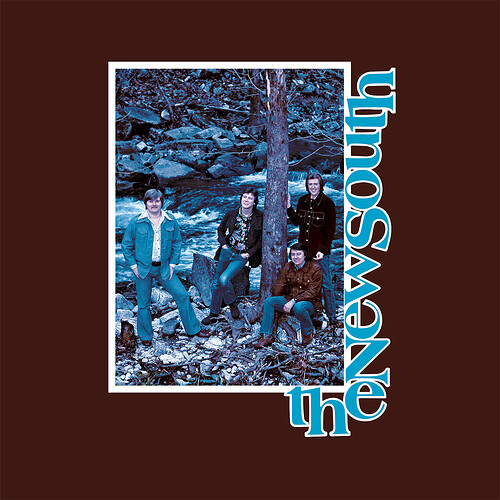 The most influential band in bluegrass music’s second generation only lasted 10 months, but it may have worked harder -- and become tighter -- that many bands do in five years or more

No argument there! I have 'em both and love to listen to them. Crowe and co., probably motivated more folks to pick the banjo/mandolin, etc.

You guys can pick the categories for them because I think they’re almost sui generis but I’d vote for Sgt. Pepper’s, Electric Ladyland and Dark Side of the Moon.

EDIT: I realize that saying “almost ‘sui generis’” is the same as saying almost pregnant. Maybe it would have been better to say each is in a class by itself.

Maybe a “sui generis” genre is appropriate, and those albums are crazy important.

Dark Side sometimes gets placed in Prog Rock, sometimes Classic Rock, and even Psychedelic Rock. SP’s and EL might be placed in the latter two genres. This is where I think things get interesting. An album might be one of the most culturally significant albums of all time, and even on a global level, without being a quintessential album to a genre.

I think this is an important point. For Punk Rock there is a strong argument that Sex Pistols - Never Mind the Bollocks is probably the most important, whereas The Clash - London Calling is more culturally significant on a global level and had a greater influence on other artists.

For wild hippy acoustic shiz - Incredible String Band’s Hangman’s Beautiful Daughter.
I may add more if I think of them.
Genre is such a slippery concept though…

Bollocks v. London Calling is on the very precipice of punk rock vs. a more popular punk and a great example of what I was trying to say. Thanks for pointing that out. Speaking of punk, seems like Ramones should be in there somewhere…

The vast scope of the entire thread is mostly unsettling.

Live and Dangerous 100% came up for me when Live at Leeds was (appropriately) mentioned.

A big area of ignorance for me (and there are several, haha) is how the Classical area gets broken down into sub-genres, if at all.

I’m gonna digress now, but will read what others say. I know this place can come up with an awful lot of great info just by frequenting the “what are you spinning now?” threads.

A big area of ignorance for me (and there are several, haha) is how the Classical area gets broken down into sub-genres, if at all.

When splitting it up by timeline, most people divide the genre (in chronological order) as: early music, baroque, classical, romantic, and contemporary. There are lots of artists who straddle those distinctions, and some later ones even had times where they skipped back one or two periods (like contemporary composers who occasionally created “neo-classical” works). And “contemporary,” strictly speaking, changes with time. It always refers to works that are considered “current” or by living or recently deceased composers. That implies that sooner or later the world moves on, and “contemporary” will mean something else, and a different title will have to be assigned to the preceding period. I think we’re getting near that with composers like Stravinsky or Copland, who’ve been dead for some time. It’s beginning to seem a little silly to lump them in with the current crop of composers as a single “contemporary” genre. I don’t follow it closely enough to know if musicologists have studied that effect or not. Maybe “post-romantic” would be a good label.

Then there are style distinctions unrelated to time period, if someone wants to subdivide it that way. Those are mostly driven by the number of instruments involved, and they generally take the form of symphonic works vs chamber works (large-scale vs small-scale).

Kind of Blue isn’t remotely bebop. I’d call it modal post-bop, but in no way the frenetic paced bebop.

What would it be for hard bop? Mingus Ah Um? Blakey’s Moanin’? Brubeck’s Time Out? what even is that?

Agree with Muddy Waters Folk Singer. What a great album.