Question is especially for the recording engineers here:
In the mixing process, I can understand creating left, right and center in the stereo soundstage image, but is there something specific that creates the illusion of height?
For example, I’m listening to a Miles Davis album and saxophone is seated on the left, piano on the right and Miles is clearly standing on center. The height difference is very easy to notice.

Although I am not an audio engineer, here is what I believe happens. The location of something between the two loudspeakers is based on an in-phase signal for that object. The location between the speakers is based on the relative volume coming from the left and right speakers. When objects are to the left of the left loudspeaker or the right of the right loudspeaker, it has to do with the relative volume PLUS the phase of the sound coming from the two speakers. So lastly, by manipulating the phase and volume of the signal for one object, you can virtually place the object anywhere in a spherical 360-degree soundstage.

Think of an object as one track of a multi-track recording. The position of whatever is recorded on that track can appear anywhere.

I. Am no recording engineer. To me if not manipulated the relationship to microphone position naturally provides image height

My speakers are line arrays but they give same type image height information. The ear hears the driver closest line of sight to your ear thus image height still comes through.

Orchestra music miked above conductor makes you look down. A kick drum always makes one believe it is liw. Cymbals can be quite high in relation. It is od phenomena bit it works inspite stacks of the same driver.

The technical description of QSound says it is time amplitude and frequency manipulation to control artificially. 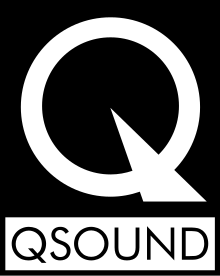 Not something I’ve ever thought about, frankly. Or likely most engineers.

Woke up this morning with this Who tune in my head. Who By Numbers is a fave of mine. Testing new arrangements in the studio. Let me know if this has Height for you guys. No fair imagining that the vocal mic is higher than the guitar mic.

Really good---- until it all went dark—like for Tony Soprano!

I died two years ago, and my AI has been posting in my stead.

The cool bit it that this is me from beyond the pale.

where is the pale?

It is where I live now, and all the others who have gone before.

If you think it is crowded there on Earth, that is nothing compared to here. Shocking bunch of folks who are not ready to pass on.

so The Pale is where those who have kicked the bucket live?

Kewl! ( that’s how the kids spell it, right?). Have you by chance seen my childhood friend in the pale? His name is Casper. Good kid and liked to help us living folks. Say hi for me if you see him.

You know what you and your earthly horse can do. Please do not take humor seriously. Unless you actually had a friend named Casper, in which case - apologies.

It certainly doesn’t . A pale is a wooden stake to mark a boundary. Beyond the Pale - ‘outside the boundary (limits) of acceptable behaviour’.

Veil is what I was looking for then, I guess🤷🏻‍♂️ Sigh.

There may be some confusion or deliberate metaphor-mixing here. When you die you kick the bucket, which can also be called a pail. ‘The Pale’ was the Anglicized region around Dublin, Ireland. and the expression ‘Beyond the Pale’ meant something outside civilised usage.

You are indeed correct re: Ireland. In the UK,(up here) going back centuries; pale, paling, pole, fence marked out a boundary. ‘Beyond the Pale’ - hence deemed as totally unacceptable behaviour to breach the pale.

ukay, ukay, I always thought “beyond the pale” meant “offensive” or beyond societal norms, or Dude–you need to get outside and get some sun–or your hifi pales in comparison to mine, BUT
why does it sound like Miles’ horn is higher up than the rest of the band?