Rolling Stone's "The 200 Greatest Singers of All Time"

I am enjoying the controversy surrounding their decision to leave Céline Marie Claudette Dion off of the list.

The 200 Greatest Singers of All Time

A rather misleading title, very sparse on folk singers (Pete Seeger, comes to mind) and opera.

I’m amazed that there are so many of those folks that I’ve never heard of.

I’d like to think that John Lennon would be horrified that he’s even on the list much less so high up it.

Gregory Porter is another missing. How many best jazz albums of all time is his “Be Good” album?

I’m sure we all have favorites not on the list. But come on, no Alison Krauss, Ann Wilson, Art Garfunkel?? Sacrilege!

I am surprised… John Lennon so far up? Sheesh.

Yea, entertaining… to a point… um, a kinda dull point.

So what makes a great singer? Sales? Screaming? Control? I don’t really see a dominant pattern in this list.

Thanks Vic and Paul, cake day is fab, even if it is Jan 6! Great family to be a part of.

This is him the day after we brought him home. He was 10 weeks and one day old. 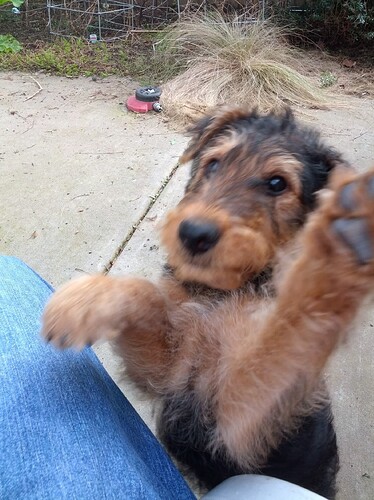 Cute doggy. Happy cakes all around…but no slice for Rolling Stone. At one point RS mattered, but then they got hacked somehow and became hacks. Been a long time since anyone has taken them seriously imho

He’s been a great companion. He’s the best dog I have ever owned. If cloning prices keep going down, I would consider it. 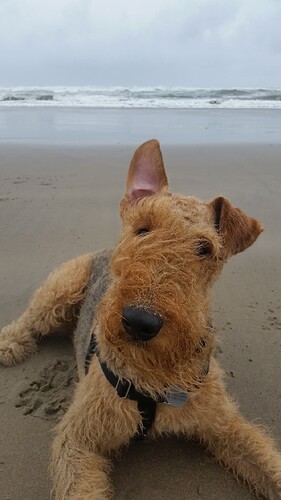 Lots of good singers on there and a few that “singing” is not exactly what I would call the sound they make. Wildly differing styles, but no real “classical” singers, but it is Rolling Stone, not Opera Aficionado … A few of them have had short careers or are still early in theirs, so some controversy there. Obviously, there are some good ones missing, I definitely concur with Peter Gabriel, a favorite. No Richard Thomson either. Meh, whatever … I’m not offended.

They appear to be focusing on a singer’s ability to convey a message/invoke emotion, not technical prowess. Thus, Bob Dylan belongs.

I am comfortable with them leaving out soft adult contemporary singers such as Diana Krall and Norah Jones, and not including opera.

The project reminds me of when Richard Thompson, along with other artists, was asked by Playboy to nominate his choice of the best songs of the millennium in anticipation of the year 2000 - and he took them literally and went back 1,000 years rather than focusing on the last 50 or so as Playboy intended. There are various ways to interpret such a list.

I wish to make a list of my 10 least favorite lists.
This one is on it.