Should the SGCD show bitrates on usb input?

I had a communique for Paul the other day stating that the display of sample rate etc was going to be corrected-When???

He stated that this is a software problem.

I was in conversation with the support team for a while before there was admission to the problem- disconcerting at best!

I also had problems with the S300 amp 12v trigger and both output boards were replaced!

Not Happy!! How long was this problem known to PS Audio???

I purchased my Stellar Gain Cell DAC in March 2020. Screen flicker on the display has been a problem since day one. It has been reported, and a firmware fix was promised. @jamesh promised a firmware update when it becomes available. This probably should be pushed up in the priority with number of people having Stellar display problems. @Paul

Still waiting for the firmware fix. TJ is supposed to be working on it… 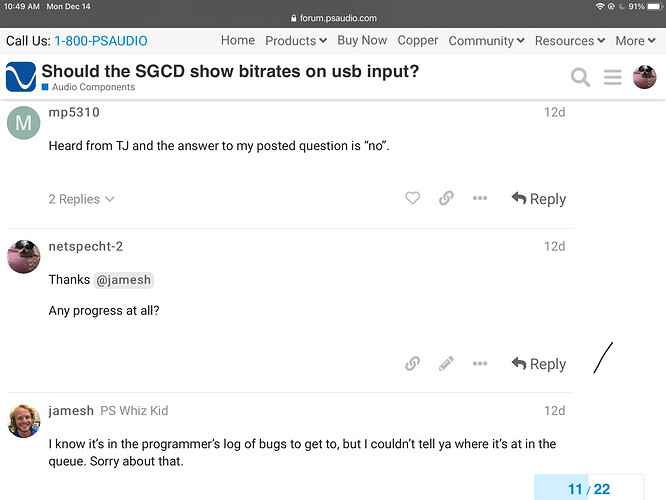 I’ll see what I can do to get this forwarded up to the programming team. They’re on a hard push right now to release new PST FW, so I can’t promise anything before that. I will keep folks posted when there is a fix.

POOR! you are being kind!

They do make it right in the end. Sometimes it just takes them a bit.