I think especially the later Henderson was more interesting than the later Rollins. Genius was too much for him, I agree.
All very subjective as always

And to think we haven’t recommended any trumpeters.

Looking forward to your thread or you can start a trumpeter conversation up at the Strictly Jazz Sounds thread as well.

I’ll leave that to you Oh Prolific One! I could never match your encyclopedic knowledge. It’s truly impressive.

Sharing a trumpeter you favor on that thread or any thread for that matter wouldn’t be so difficult. We all gain by diversity of opinion when shared in a supportive manner.
BTW with summer my web time will be reduced. So others are encouraged to share on the Strictly Jazz Sounds thread.

Working on the Lake Mystery series?

Well, I disagree, which is fine. I think comparing Henderson to Rollilns of late fifties to mid-sixties is more revealing and I don’t think Henderson compares. But that’s okay.

I think I tried to find out myself with this post, why I love many of his albums but still don’t see him as big as his reputation. As I mentioned…loud thinking in written form

I love such exchange.

It would really be interesting to find out what makes one bigger than the other…for my Henderson example it’s for the moment just my taste. You have much more history background and true critics might agree with you…I’d be interested in professional opinions.

This is interesting. One of many different rankings.
Indeed Henderson ranking at 10, Rollins at 1 in front of Parker, Ornett Coleman and Coltrane.

For me the typical overestimation of Rollins but anyway maybe more correct than mine. 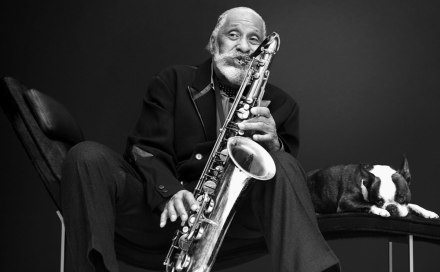 Well, we’ve made it to the end of the official Burning Ambulance countdown of the 50 Greatest Saxophonists…EVER!!! Here are the Top Ten. 10. JOE HENDERSON. The key saxophonist of Blue N…

They’re out there. I’m less concerned at this point in my life with professional opinions. (Jazz historians yes, jazz critics and blog writers and people of a scene. . . not so much).

I myself have been listening to them both and like them both, perhaps even equally–I’m not big on “ranking” musicians but more telling to me is how often I might listen to one, and I think I listen to Joe and Sonny equally–for decades, since the 'seventies. But I think Sonny moved the music forward more than Joe and the scope of his playing was broader and there were more “firsts” in his work.

there were more “firsts” in his work

I think that’s my problem. I have too little knowledge of what exactly were his „firsts“ at the time. He was no Coltrane but his first albums might have had more firsts than I perceive today, possibly more than in our example Hendersons‘ or others‘. I think what I finally missed from him was development over a period others developed.

In part that is hard as he dropped out of the industry especially as far as recording for spells and so development was hard to see incrementally. One big burst was working with Monk–which he did before Coltrane, and which was a big burst for Coltrane as well. And another was his work as a trio which he pioneered, and another the extensive work with Don Cherry, opening up to the newer things and helping to mainstream them. And there was his pioneering work with a guitar as the chordal support and front line soloist. He was a giant. And what a lengthy career! Probably twice as long as Joe’s.

That’s very interesting and I guess valid as stated. From my side, I see the mentoring he did and the firsts now. It’s possibly just my personal perception, that I don’t see the musical depth and creativeness arising out of them as much as from some others. But I admit I don’t know the e.g. Don Cherry collaboration works.

Regarding the career range, Henderson was certainly born 7 years later and already died in 2001, but just to mention what I meant…his albums up to the, or especially in the late 90’s, like Double Rainbow and Porgy&Bess were still great, interesting music for my taste, while Rollins’ music didn’t catch me anymore since the 70’s. To my ears he had a manageable very good and important time, but certainly played very long.

I don’t insist at all in the Joe Henderson example, which was not the best. Aside of Coltrane, Shorter would have been better. It’s just that I feel, Rollins is set aside Coltrane, Ellington, Miles, Parker etc. more or less frequently and I feel that’s not justified.

I think to compensate for my critical opinion, I’ll soon play the 10 or so albums I adore in a row

Well, there’s certainly personal opinion that factors in. For example I can admit that later Rollins may not be that amazing, but I don’t factor those Henderson albums on Verve as being that interesting either to me, certainly not ground-breaking and rather safe in the same way that Rollins later work could be viewed. And I personally admire Shorter, but I find his compositional work of this century and really from the 'eighties on to be. . .boring. And his playing. . . likewise not that interesting. Coltrane was almost his own planet and hard to dispute that he was amazing. Still I feel that Rollins deserves to be in higher esteem than Henderson–he was instrumental in more developments. But then I also just like his playing and the spirit of his musical personality more. So to a large extent personal opinion is an important vector–and is what I said in my first post, my personal opinion differs, and then listed my reasons.

But really I think that Rollins’ career and work spanned so much–the early bebop, the quintessential hardbop of Clifford Brown, the work with Miles and Monk, the calypso intersection, work with the MJQ, the quartet with Jim Hall, the quartet with Don Cherry, the funk bop of the Milestone era–it just was a heftier resume than Shorter or Henderson, and close to Coltrane and even beyond.

I don’t get it. Where do you stay? I don’t see a Ritz Carlton on the map.

we haven’t recommended any trumpeters.

I totally would have, but for some reason was thinking we were in a saxophone-focused roundtable.

The thing about Sonny Rollins for me is kinda knee-jerk. Saxophone Colossus was great, but for some reason if I play ANY hard bop album that evolves to Roon Radio, it insists on playing I’m an Old Cowhand and WIthout A Song (From that concert for 9/11) incessantly. I try to say “I don’t like this track” but it keeps coming.