Listen to them with different amplifier topologies (tube, solid state, A, AB, D, etc) that fit your budget.

Listen to speakers in person. Read up on speaker technology and how speakers are rated including sensitivity.

Make sure your amp/AVR has sufficient juice to run the speakers you are looking at.

What does that mean?

Paul has a habit of generalising and has his own ideas not necessarily shared by others. Not uncommon in this game.

One thing Paul does agree with, mentioned in his posts from time to time, is that speaker choice determines amplification, which is pretty obvious as you can’t put a 1 litre engine in a 10 ton truck and expect to break the speed limit.

As @vee implies, different topologies operate differently. Class A/B solid state need some headroom, but that varies dramatically as some have peak power 4 or 5 times continuous power and others have peak power only fractionally above continuous power. Valve amps tend to soft clip so you may not notice them running out of power, whereas Class D amplifiers tend to be linear almost to full power and then clip hard.

The speakers I’ve used in the last 20 years have in most cases had a pretty good consensus of what amplifiers are best suited to them, sometimes very specifically. There is plenty of information on forums. Buying speakers from a dealer, I don’t know how this can be done without considering the adequacy of the amplification being used.

I use a Class A/D hybrid that probably runs at about 40%, until I changed speakers recently it may have been more like 60%. Makes no difference.

Perhaps the most popular power amplifier in the UK over the last 30 years or so is the Naim 300DR. With its dedicated power supply it costs almost the same as a BHK250, but its nominal rating is only 90w into 8 ohms. However, its minimum load impedance is 2 ohms and its transient power is 500VA, which means it can drive most speakers happily.

So I would check with your dealer or speaker manufacturer, or on the speaker forum if there is one, if the amplifier specifications are adequate. Then listen.

…and what my I ask are your speakers?

Paul is often correct; a lifetime pursuit of good sound will do that .

I suggest first listening to a variety of speakers in your price range and determine the sound that you enjoy. Speakers are by far the greatest variable in any system.

But while there are speakers like this which have specific requirements, most speakers and amplifiers will work together just fine.

Do not get hung up on finding the amplifier with the most power. A 50W amplifier easily meets the needs of most speakers and listeners.

Restating what most others have already said, work on selecting your speakers first. Paul’s comment about amplifier power applies to PS Audio’s M700 and M1200 amplifiers, which can pump out tons of power, but really sound fantastic when there is a small load on them. I have 97db efficient speakers powered by M700 monoblocks. One strength of my system is in dynamics, where the speakers are dynamic and the amps have so much power in reserve and I am barely using any power, so dynamics are insanely good. However, dynamics is not WHY I chose these speakers and the M700 monoblocks. I chose the speakers based on liking their sound and ended up matching the new speakers with a BHK Preamp and M700 power amps because they sound fantastic together.

Wilson Sabrina. Very easy to drive. I’ve heard other Wilson sound fabulous with a 40w tube amplifier. If Paul was correct a 40w amplifier would be pretty useless.

If Paul did say this, it does seem way off the mark. Was he selling a 600w amplifier at the time?

I agree 50w is fine for most speakers, but not necessarily to work at their best. My Harbeth had a minimum spec of 35w, but they were nowhere near their best with that. A 150W Quad (909, QSP or Artera) gives you about 98% of what the speakers can do, I found the 300w monoblocks gave a slight edge. They are far and away the best value amplifiers I’ve ever owned. Having found out what the speakers needed, I bought a Class A/D system with about 190w into 8 ohms and the speakers never skipped a beat.

You are misinterpreting what I understand the comment to be. According to the OP, Paul indicated the first 10-20% of an amplifier is best, not that anything above 20% is useless or dreadful.

Most of us know the first watt is the most important. Typically, it is also the lowest in distortion, etc. as well. Similarly, an amp driven lightly typically sounds it best.

I’m not sure they would have been. The mono amplifiers in question can be operated in valve Class A 40w (55w maximum) or solid state 200w Class A/B. The latter was not necessary and the Class A was chosen for allegedly better sound (I did not hear them in the 200w mode). It was one of the few times I wish I’d had $30,000 spare, the whole system (turntable, pre, power and speakers - no digital source) was about $250,000, quite small scale but as good as I’d heard in many years. 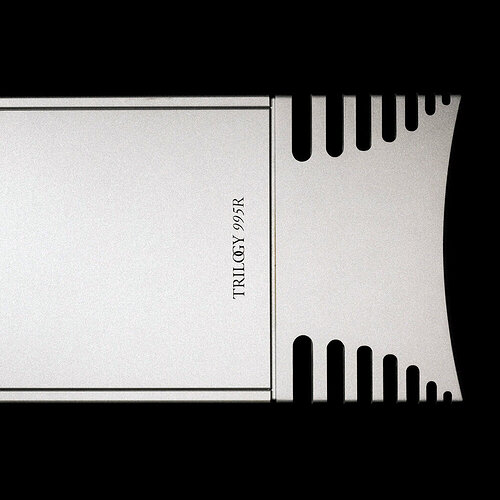 I think we all appreciate that much of the time speakers draw very little power at all (unless you’re a headbanger). I hope I never own an amplifier that declines in quality above 20% of its maximum output.

Whatever Paul said or how the OP interpreted it, it seems distinctly unhelpful as any sort of measure in deciding what amplifier to use with a selected speaker, because it could be interpreted to suggest you need an amplifier with at least 5 times the maximum that your speakers may demand.

Dynamics is something that is either in a system or is not.
I admit that for 28 years, my musical system was NOT dynamic.
I had a Conrad Johnson tube amp powering the Infinity Modulus 2-way speakers plus the included solid-state powered subwoofer handling all the lower frequencies. The system was flat to 20hz, had a wonderfully clean and open midrange, including the midrange magic that EL 34’s are famous for, but after changing speakers, and amps, I now have dynamics that I have not had the last 28 years (without sacrificing the midrange), with an ability to play “Also Sprach Zarathustra”, for instance, at medium volume, without ANY hint of strain. Something I could definitely not do before. I am probably listening at under 1 watt of power and will say that the M700 offers WAY more dynamics than my tube amp.

I agree with you that focusing on specs of speakers/amps is not the right way to go about building a music system, and I hope that all of us have helped the original poster.

Whilst I assessed the power needs of my Harbeth speakers with Quad amplifiers (you can buy and sell them cheaply, effectively at fixed prices, and they sell instantly), I chose the Devialet amplifier as it has much better transients. I think it is due the speed that it can deliver power (slew rate)? The last Quads I used were 300w into 8 ohms, the Devialet 250w into 6 ohms. So the Quad were more powerful, but the Devialet whilst less powerful sound better.

It also has nothing to do with volume. I had a 22 SET that went very loud with the most terrible flabby bass.

I hope I never own an amplifier that declines in quality above 20% of its maximum output.

You already do. It is the nature of the beasts.

If you look at amplifier measurements they typically rise in THD, etc. after the first 20% or so. Also when used with low demand amplifiers enjoy tremendous headroom which, by necessity diminishes with increased RMS.

Again, I see no reason to interpret this as requiring amplifiers five times more powerful than necessary. It is not a rule of thumb for anything, but an observation. Having watched many VU meters I know one is typically using the first watts of any amplifier in actual use.

As @adifferentpaul notes, focusing on specs is not the best way to choose. I would add however one needs a basic sense as to the relationships between speakers and amps. As an extreme example, an SET flea-amp is not a good choice to drive Magnepans.

Manufacturers generally give good advice on the recomendations for mating an amp’s power up when mating to a given speaker. What many confuse is dynamic range with headroom. And these are not the same. Many amps these days might express high dynamic range, (+100dB) yet have relatively low headroom (<1.5dB) which is why some people recommend amps that are rated at 2~3 times the recommended power a manufacturer states for a given speaker. My personal preference is to mate the power rating at 0dB, and ensure the amp has adequate headroom. (>3dB)