A friend of mine found a Yaqin MC-10L that belonged to his father in storage and gifted it to me. A few months ago I hooked it up to a pair of Paradigm Monitor 11 V5 loudspeakers and played some music through it. After about 5 minutes I saw a white flash of light and heard a pop, followed by a foreign smell. I quickly turned the unit off but for the short period of time that it took me to get to the unit, I started to hear a hum and if I remember correctly a loss of power in the right channel.

My question is what is the possibility that it was just the resistor that was bad and the rest of the circuit is good, or do you think that there is possibly something else wrong that caused the resistor to blow? I don’t have a lot of electronics diagnostic experience and if I have to troubleshoot the circuit for something else wrong, then I will take it to a professional, but if you think that it is simply the resistor, it is easy enough for me to remove that one and replace it with a new one.

Thanks in advance for your help, should you choose to respond. 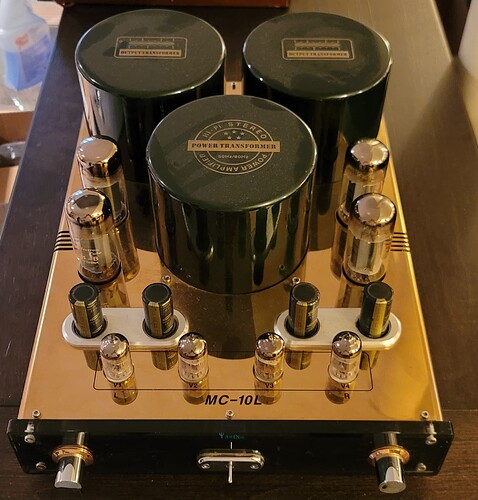 The color bands define the value but the memory of which is what is long gone. I am sure one of the EE’s here should respond with the info. and a possible cause. It looks like a cool piece!.

That’s a beautiful amp, I’m a huge fan of the Yaqin’s, very nearly bought the MC100b which is a stunning dual monoblock. They make some amazing sounding kit for the money.

I sincerely hope you get it working, I guarantee it will sound very tubey.

It’s hard to tell from the photo but it looks likes the side of the resistor blew out. From the location of the resistor very close to the tube socket it is possible that it acts as a fuse. I’m out of my comfort zone on this but Audio Research used resistors as the weak point in some of their older amplifiers so they would blow before something much more expensive does. This is something I recall from 20+ years ago. I would not replace this yourself unless someone positively confirms it and you feel comfortable doing it. It should be a cheap replacement for a pro to do.

This is an awesome find! Thank you very much.

It is interesting that the resistor that I believe blew is one of the resistors that they recommend measuring the voltage across when adjusting the bias.

That is a fairly common method used by tube amp manufacturers to prevent damaging the whole circuit from a bad tube or a biasing mishap. I had a friend on another forum that had one of those "mishaps’ when biasing an ARC amp and though the repair and shipping back to ARC was pricy it was better than taking out the whole amp circuit. These guys looked like they were very thorough.

Well i finally got around to replacing the blown resistor today. It has been running for the last 45 minutes without issue.While i was in there i also adjusted the bias.

It sounds great considering the limitations of my test speakers. I cant wait to get it connected to my paradigm monitor 11s and my focal sopra no.2 (not at the same time, of course) to see how it really sounds. 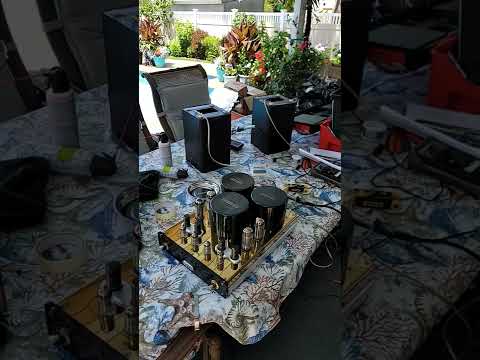