Albums You Play ALL THE WAY Only

I am sure some here like to go all the way.

So what are the full albums you listen to ONLY all the way through?

No, I am not talking about albums can go all the way with… but albums you won’t play single cuts from, but must listen to beginning to end. These are the most special albums you own. The ones you plan on playing. For me, some are concept or story albums but some are just so darn fabulous, it is a disservice to the artist and me to not go all the way.

I will throw out a few of mine:

1 - Abbey Road
2 - Hair (original cast)
3 - Dark Side of the Moon
4 - West Side Story
5 - Jesus Christ Superstar (original recording w/Ian Gillan)
6 - Beethovan’s Ninth… (I have a two I love, one from Telarc/Cleve Orch, and the other a Chesky re-issue Rene Leibowitz)
7 - Aqualung

After I just wrote that, I see three are Broadway musicals… and I would swear I hate Broadway. I lived in NYC for seven years and kept dipping my toes into Broadway and generally thought it was mass-marketed schlock. Hmm…

Every album I listen to.

Me too.
Except when my wife scowls at me when I have Mahler playing at well established levels! Then I sulk off and . . .

I listen to everything on any CD or LP to which I listen. It never occurs to me to do otherwise.

I see three are Broadway musicals

Have you seen “Spirited” on Apple TV yet? Quite the Broadway-Ready adaptation of “A Christmas Carol”. Elements of like…8 major Broadway hits of the last few decades.

Every album I own I listen to all the way. I just can’t do it any other way.

Truth is…I rarely fail to (attempt to) listen to the whole album when spinning a CD or SACD.

“Attempt”, I wrote, b/c I am turning into my Father and I sometimes find myself dozing off during the later listening sessions - you know; like anytime after 4:00 PM.

I too listen to every album in its entirety. If it goes on the platter, it gets played first grove to last. Last type of guy I want to be compared to is an AM radio disc jockey.

Hey! I resemble that remark! 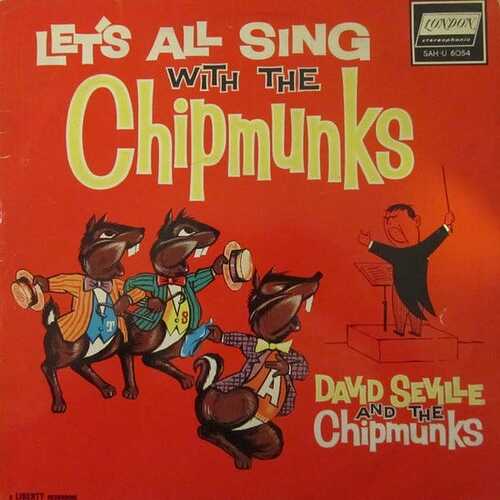 Fans of the fast-paced web platform prefer singers who sound like chipmunks. But why?

Pretty much any release from 1973 - 1980 as those were the “I’m young, broke and these are the only albums I own” vinyl days. Because that’s the way we heard them.

But these ‘not one bad track’ albums come to mind:
Blue Oyster Cult - Spectres
The Kings - The Kings Are Here
Talk Talk - Color Of Spring
Osada Vida - Variomatic

And of course - anything Rush! Duh!

And oddly enough, the new Fixx album, was never a huge Fixx fan, but Tidal suggested it and I’m liking it!

Sub topic - ONE SIDE ONLY albums:

If I put on an LP, I listen to it all the way through. If I’m streaming, I tend to jump around and explore new music along with concentrating on favorite tracks of albums I don’t own…yet.

I find it annoying when people jump around from cut to cut.

Like nearly everyone else I listen almost entirely to albums start to finish. However if I’m listening to something new and I’m not in a particular forgiving mood I might turn it off if it’s not hittin.

I do however get it, there are albums that absolutely demand to be listened to ALL THE WAY. For me a few are:
Black Sabbath - Paranoid (typically with a steady volume increase)
Velvet Underground and Nico
Marvin Gaye - What’s Going On

(I know these are pretty neich albums most have never heard😉)

I agree 100% - those were the two I instantly thought of for this thread but hesitated because of side 2 on 2112 and Tales. Those sometimes do get skipped.

For whole albums, I have to say Black Sabbath (debut album). Although, sometimes I fall asleep on side two. That also happens to me on Dark Side of the moon, but I wake up at the same place in the album every time - TIME.

Wish you were here
Animals
Meddle

Ride the Lightning
Master of Puppets