I am an old school Itunes now Apple Music user. About 18 years ago I started ripping my CD’s into Itunes, I think by now there are over 2500 in the catalog. Files run from an old Mac Mini via USB into various Dac’s now a PSA DSD. I was thrilled when Apple offered lossless and Hi-Rez files for streaming and downloading. Streaming has changed the way I listen to music in the same way having all of my CD’s ripped into Itunes did all those years ago. In fact I nearly never listen to my ripped files these days, just streaming. I have noticed though, an occasional skip or something around 15 seconds in many streamed tracks. I find this to be more prevalent when switching from one album or track to another, the track I skip to has this little skip. Seems like a buffer issue somewhere in the DSD as it did not happen with my older NuWave DAC.

I am wondering if others have had similar issues with Apple Music or other services and what if anything can be done about it.

If you have time for some reading, the following articles will likely be useful; they were for me.

I realize you are asking about local or network DSD files but the info will apply as you move forward.

Note: As fas as I know, Apple has still not resolved the MIDI switching issue but let me know if you have heard otherwise. 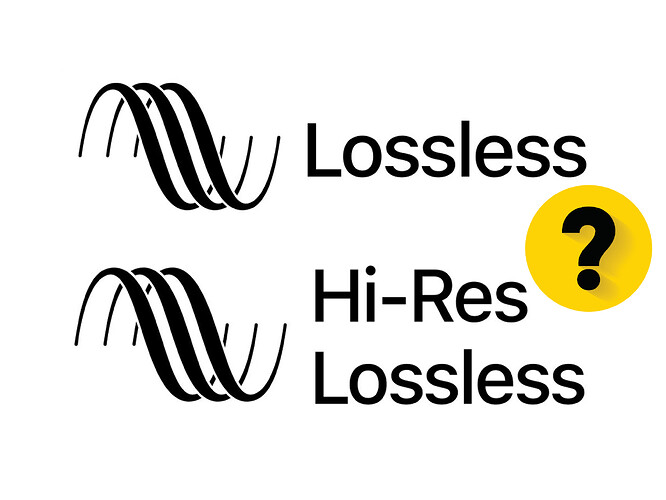 This morning I've been testing Apple Music's new lossless and Hi-Res offerings on both my iPhone 12 Pro running iOS 14.6 and my Mac Mini (M1) running macOS 11.4. In my tests, I'm only concerned with playing the music bit perfectly, in other words... 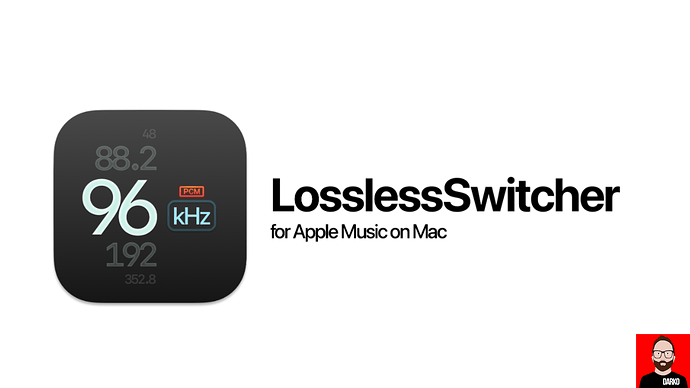 A neat little app from an independent software developer. 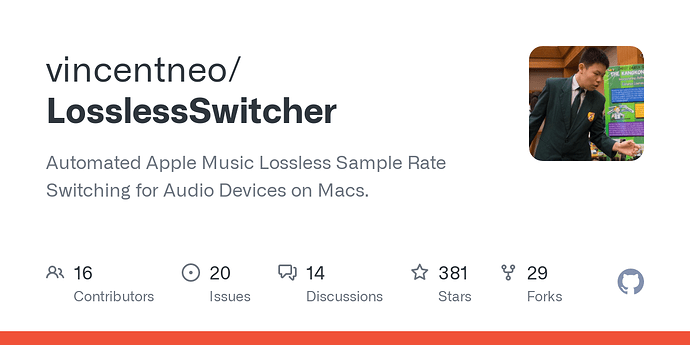 kerosene, thank you for the links. I read ‘apple music’s lossless and hi-res mess’ and found some of that info outdated or incorrect. Related to the second and third links I use LosslessSwitcher and it does in fact make the needed changes in audio MIDI setup on the fly as advertised. I have NOT found that audio MIDI setup must be set before the Apple Music application starts up to take effect as I can see the bitrate change on the DS. Sr. screen when I switch tracks from regular lossless tracks to hi-rez tracks.

So a solution has presented itself somewhat by accident. I mentioned earlier that I often heard a skip or blip in lossless / hi-rez music files around the 15 second mark when switching from track to track while streaming.

I use a Macbook air to stream apple music to my DS Sr. I normally don’t download to this computer as there isn’t enough storage to hold any meaningful amount of hi-rez audio. I wondered if actually downloading the files to the laptop, then playing the files would solve the problem.

Downloading fixed the problem and has also increased the sound quality in a meaningful way. I would compare it to going from an average CD transport to a very good transport into a DAC.

There are problems with this solution for sure. It takes a long time to download hi-rez files (apple doesn’t seem to blast them out at full speed when you are downloading) and they take up a LOT of room. I am currently experimenting with storing them wirelessly on a server I have set up. (the macbook air doesn’t have enough physical connections to have a DAC out, power, and hard drive hooked up at the same time)

Curious if others are using Apple Music, what issues have they found with it and any solutions they could share.