Atmos Music System Installation (on AS)

I’m not trying, in any way, to promote Audiophile Style content but I did find this recent article interesting and over the top (pun intended). 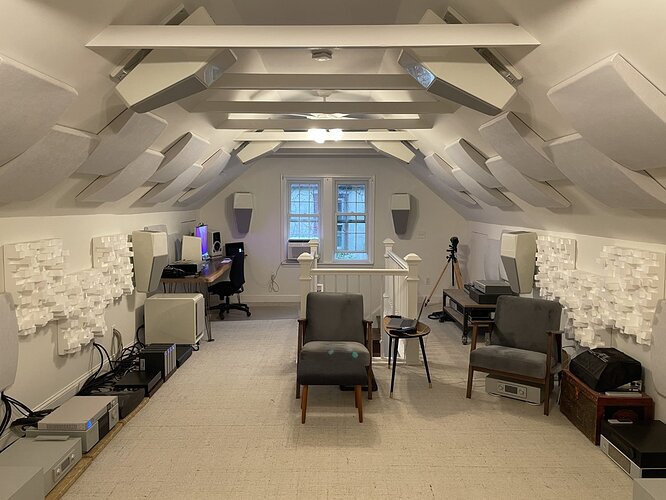 Patience is a virtue, especially when installing a high end twelve channel immersive audio system. From the moment crates of speakers arrive to the final placement before the play button is pushed, one has to operate like everything is an...

The way in which the overhead loudspeakers were mounted put the MLP way outside of their optimal acoustic axis. Beautiful gear but not impressed with that aspect of the install…

I wondered about that.

Agreed. No idea why they did that.

The install isn’t 100% finished. Measurements will be taken, then the speakers on the wall can be adjusted and angled for optimal results. DSP will be added for final room optimization.

I may be wrong but after taking a look at the installation instructions for the Wilson Alida surrounds, the proprietary factory wall mounting brackets appear to be designed specifically for vertical surface mounting. In the way they are mounted to the slanted ceiling in this install, it doesn’t look as though the factory mounts would allow for toe-in toward the listening position. At the moment Wilson doesn’t appear to have a product in their line which would work optimally as overhead loudspeakers in Atmos/DTS-X installs. Perhaps someone more familiar with the Wilson Alida and it’s funky wall mounting brackets would weigh in on this…

That’s an insane set up…. Wish that guy would do another season of his podcast.

If you read through the on going comments the speakers can angled in either direction. There are some updated photos showing his height channels. As Chris states, the original photos look skewed.

What’s the MSRP on a Wilson Alida pair? 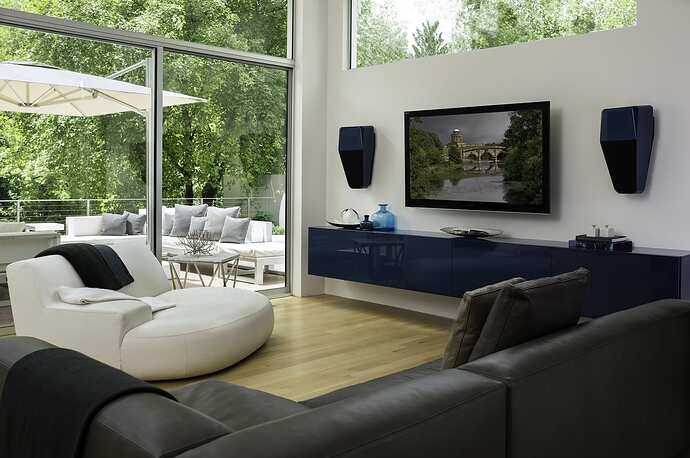 If my math is correct, the surrounds and Atmos overhead speakers came to just over $100,000. I assume Chris is getting steep discounts but it’s still a chunk of change.

I would assume since he owns Audiophile Style and is not just a paid reviewer it’s a tax write off. How much of a tax write off, that depends on your accountant. He had already done 6 articles on Immersive Audio leading up to the one posted in this thread, so he is creating content related to his business and will continue to create content through reviews and how to articles with immersive audio.

So like a self employed handyman who runs his own business, he can write off his/her truck and tools as part of there business.

I’m only speculating of course.