I did find an “audiophile recordings” thread, generally talking about well-recorded albums, etc…

But I’m curious, for those of you who are able to discern differences in audio cables or power supplies or cable elevators, what tracks (and maybe specific timestamps/points/elements on those tracks) you use to identify those differences?

Maybe it’s just a general “the soundstage is generally deeper/wider/more lush with this cable” but I’m wondering if you have reliable tracks for comparison testing, maybe where you hear a drumstick hitting a stand, a sniffle, a spit valve, someone’s vocals coming through in a harmony… ahdunno.

A great track to test resolution, digital glare, RFI and separation… is 9 crimes by Damian Rice.

On a good stereo the first part of the track sounds lovely, but as tempo increases and more voices and instruments adds up, only the very best of high end solid states makes the whole track sound lovely, musical and nice to the end. Even an expensive set up will struggle. The wrong stranded power cord can make the sound of 9 crimes sound agreesive.

thanks, and if possible, I’m looking for even more specifics.

These might be things I won’t necessarily be able to test myself, but I’m curious to hear about your own experiences, i guess.

Here’s (kind of) an example of what I’m talking about… in the Roon 1.8 thread, user @Vmax mentions the improved sound quality of the new version, and talks about a specific place where Johnny Cash’s vocals are more prominent/pronounced than before.

There does seem to be a lower noise floor.

How so do you ask? Play this song.

I can hear Johnny Cash earlier in the chorus with Mother MayBelle Carter. Usually he does not overwhelm the other choral singers until later. I hear him immediately.

So, anyway, things like that. Specific songs and places within those tracks you’re able to use for comparison when testing gear/cables/tweaks.

One (perhaps pedestrian) example I think of is in the song Aja by Steely Dan. There’s a spot at 4:57 in the middle of the drum solo where you can hear Steve Gadd clack his sticks together. Now, pretty much any mid-fi audio system will be able to hear it completely clearly, obviously, but I remember the first time I heard a stereo good enough to notice it. It was pretty cool.

Norah Jones, her “Come Away With Me” album 2 tracks in particular:
10) “Painter Song” basically listening to how her voice blooms and the smoothness of her voice
5) “Come Away With Me” her nasal passages sound completely congested. Depending on the speaker, it is either going to be easily discernable or you’ll have to focus in order to notice it

My list of tracks for my new amp selection

Deep within the corner of my Eyes - Soundstage / Details
Lonely Sinking Feeling - Bass and vocal - Margo Timmins voice , delivery and on the right system some very low level details in the recording
Whats New & Just a little lovin - just cause its a great track for an overall decision - yep i have a female vocal thing
Maybe i’ll go - Vocal , Bass line and speed
If i ever saw heaven roan ash - delivery, this one can be complex and on some systems sounds very average - the orchestra and choir that comes into the track is also a great test on the systems ability to deliver and hang on - this one helped on the Rel subwoofer decision oh sooo good
9 Crimes @oceanrower mentions its a complex track and many systems really struggle
Guess i’ll hang my tears out to dry Frank Sinatra - detailed male vocal track great recording test of the system to deliver

That’s maybe an unusual thing I usually do to ensure the capability of the (possibly changed) setup of the most important and demanding: emotional involvement in the music and realistic, holographic imaging and rendering of voices instead of a just nice, normal presentation.

I choose recordings on the edge, which can sound just normal in less than a really good state of the setup, but spectacular if things fit.

Two examples are the Analogue Productions versions of the following recordings. It’s easier to achieve the level with the 45 RPM AP vinyl versions and in case of the Holiday album , the Classic Records 45 or 33 RPM version is even a bit better, but it also works for the SACD’s.

Even on a really good setup the e.g. the first track on the Billy Holiday album can sound just like a nice old recording with good music. The Nina Simone album can just sound like a strongly left/right panned recording with excellent music and a quite good recorded voice.

But if things fit, the Billie Holiday track quietly swings like hell, has musicians positioned with much air in the room and warms your heart with THE interpretation of this song.

The Nina Simone will be an example of how irrelevant a strong left/right panning can be. This is not only musically one of the best vocal jazz albums on earth, but it is the best and most involving recorded vocal I know. Instruments are never really directly in the speaker (still strong left/right), but airy around the speakers or inbetween. The cymbals have fantastic resolution and extension, the voice is absolutely breathtakingly 3D. Of this album I have a few Stereo and mono originals, the 33 and 45 RPM AP LP’’s and the AP SACD + a spare 45 RPM one. Now you know my weak point

Such comparison tracks are the most meaningful for me, as when they play according to their emotional and 3D potential, usually everything else fits, too. It doesn’t make much sense to play tracks which sound really good on almost any setup. 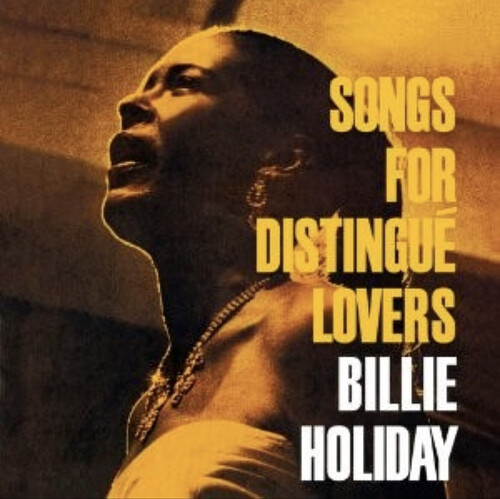 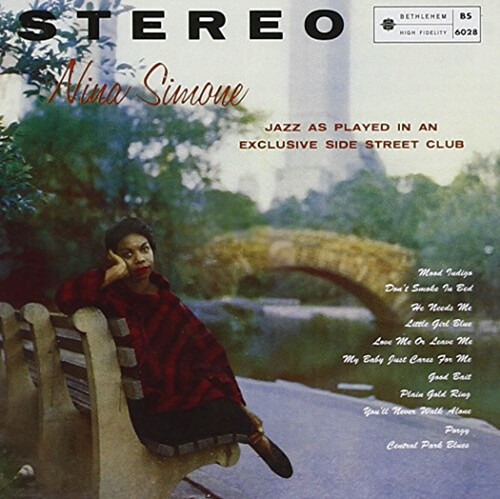 I have that Nina on SACD…regular rotation.

As I used it today again for making a cable comparison, I can only heartedly recommend that Billie Holiday album (e.g. first track) again for evaluating how ambiance can improve. Big differences audible and a good check how far you are with your setup. The record sounds just normal/good over a long setup status improvements…and suddenly you’ll hear one of the emotionally most fascinating performances with incredible ambiance.