I’ve cancelled my Tidal due to job loss, but I am trying to collect the best masters of my top 3 rock artists, CD, or high-res versions.

Which masters for each of these 3 artists people like? There are SO MANY, I get confused, I typically find originals better, but then some remasters are done better than others. What are ppl favorites?

For Pink Floyd, it’s all the MFSL re-issues and the Sony SACD’s

Beg to differ regarding Led Zep. Go for the Barry Diament masters. Unbeatable.

You mean the mid-1980s releases ? He also did the Close to the Edge 1986 CD which was a mind blower at that time compared to my crap Canadian LP pressing of the same Vintage.

I always thought those Zepp releases sounded a bit mushy. But then to each their own I guess.

Oohhh the controversially has begun.

The sound the same as the Red Book 1993 CDs. To my ears anyways. The bonus tracks are all 16/44.1 which is a nice addition to the usual release track sequence though. Again, its in the ears of the beholder.

I would say the Giles Marten hi-res remaster of Abbey Road is the best version of that album.

Yes, the mid-80s. The Atlantic release (which I think was remastered by Jimmy Page) has too much energy in the mids for my taste. I also fell the high res has finished dynamic range.

The diament I listen at 0db in my preamp. Oh, sweet and loud sound

Thanks guys, I have this Pink Floyd full box set (Shine On). Mastered by James Guthrie

How does that compare? I only have this versuon. 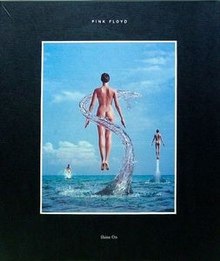 Shine On is a nine-CD box set by English progressive rock band Pink Floyd, released in 1992 through EMI Records in the United Kingdom and Columbia Records in the United States, to coincide with Pink Floyd's 25th anniversary as a recording and touring band. All CDs were digitally remastered. The eight albums included in this box set are: Refer to original albums for track lists, personnel lists and production credits. The packaging on each of the previously released albums was unique to this se...

Both 2.0 channel 96/24 and the 5.1 DTS-HD MA are brilliant. I converted the DTS into 5.1 PCM so that my DSD Sr. plays the FL & FR and my Sony AVR’s PCM DAC plays the remaining channel. Don’t have Dolby Atmos so I don’t know it soundslike. As the keeper of the Beatles reissues, we Fans have nothing to fear. Can’t wait to hear what he’ll do with Let It Be.

Yes, I’m looking forward to Let It Be. Shame they couldn’t release it this month as planned - now I hear its scheduled for September.

Nah…I George Martin’s sounded way better plus tthe 2009 CD’s were another bad example of the “Loudness Wars”. Cute that they included the over processed Stereo versions of the mono tracks that we all grew up with. I prefer the '87 CD’s for both sound quality and the fact that they stayed true to the British tracks listings mono & stereo depending on which CD you bought.

Do you like the Dr Ebbetts needledrops? I’m far from a Beatles expert, but the handful that I have from the blue box series always sounded very good to me.

I don’t do Vinyl anymore but I did have all three Anthology LPs. The pressings pretty good.

The sacd albums of Pink Floyd are great but we need new 128 dsd remasters;

I feel the sacd are litle to Bright.

Abby Road on this reissue on Blu - ray is one of my best recordings…and just released in a less expensive version, sans the LP… 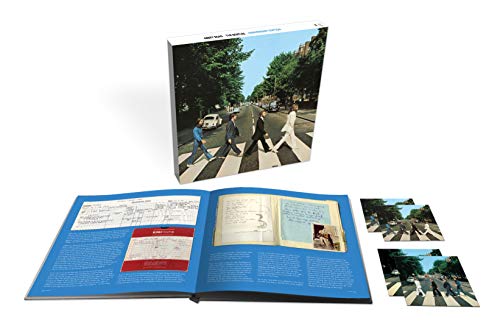 Is the DSD 128 version of The Wall available as a download?

Get sacd of Dark Side of the Moon. It was remixed and remastered from original master tapes. All you need to play sacd is a newish Sony Blue Ray player. It is unbelievable. There also is a lot on YouTube for free if you can run video to your system.