Cable/interconnect investment as a percentage of Audio Components?

Sure, a person could spend a fortune on cables, but on some systems, it’s just wasted money at some point. I mean, if the system isn’t resolving enough, is there much difference between a $100 and a $1000 cable?

My nice-sounding (but arguably mid-fi) Audiolab 8000A surely benefits from better-than-stock cables, but the law of diminishing returns hits that kind of kit much more quickly than say a PS Audio BHK setup, yes?

So do you all use some kind of formula (even if from your gut) when deciding how much to spend on interconnects, and speaker and power cables, based on the value/resolution of your overall system? Or maybe it’s not just price, but selection based on comparable performance? (However you might measure that!)

(Maybe similar to selecting a cartridge based on the value of one’s turntable/tonearm? Lots of disagreements on that, though, to be sure!)

If I were you, I wouldn’t waste my money on cables. I’m sure the cables you already have are fine. Like Paul say, save your money for better speakers. They probably will make more difference in sound than anything else in your system. When you are happy with your speakers then get better amps to drive your speakers. Then work on getting better source. Last thing I would upgrade is cables.

yah, I get that, but was asking more in general. Not just for this specific system, but for all.

Looking for a rule-of-thumb kind of discussion.

For example, I have plenty of old, cheap, mass-market RCA cables in a bin in my cellar, but I’ll tell you right now I’m not using them here. 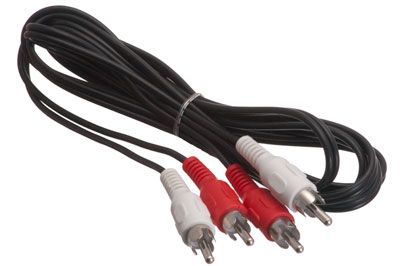 Speakers, poweramp, preamp, power regenerator, music sources, speaker cable, interconnect.
(from most to least important).
If improvements are desperately needed and funds are not available, adjusting speaker position or listening position (or both) can be worked on to adjust for issues in the system.

I suggest starting with good quality pro cables from Redco.com or ProaudioLA made from Belden or Mogami cable.

Put the money one would otherwise spend on pricey cabled into components.

Buy better cables only when they are holding your system back.

Yes, better cables can make a difference in modest systems but the improvement realized from better speakers, etc. is greater.

My 2 cents: Cables matter, but are not the priority. And the less refined the system, the less impact cables have. You can get pretty durn good cables without mortgaging your home. Blue Jeans Cables for example have a very good rep and are pretty affordable. Also check with your local hi end dealer for used. I got a pair of Furutech XLR interconnects for about a quarter of their new price.

Again, not asking about MY system.

He’s using those cheap RCA’s above, and just some discarded lamp cord for speaker wire.

So, basically ZERO DOLLARS on cables.

Let’s say Larry had the wherewithall to spend an equal amount on cables if he wanted (though $20,000 on cables seems a bit excessive to him). What’s a good budget to start with, based on a system of that caliber?

Then you have someone else, Paul, with a Sprout and a pair of LS50’s streaming spotify from his iPhone via bluetooth. Maybe two-buck RCA’s and lamp cord is the best it’s gonna get for Paul. But maybe not. Maybe some better speaker wire will actually make a difference. But maybe not Analysis Plus 9; he might be fine with Audioquest bulk at $3/foot.

So, is there a rule of thumb for getting the most bang for the buck, based on the system, before it starts to NOT matter? (Like, eventually the cable will resolve only so much, and the system can’t make use of it.)

If this really doesn’t make any sense (or if there’s not really a rule of thumb), we can just delete the question. No worries.

It makes sense and is exactly what I was addressing,

Yeah, I think we were all addressing it in our own way. I don’t think there is a percentage or formula to follow, it’s all system and budget specific.

I guess that’s maybe the answer I was looking for!

The percentages keep changing, continually, as the target improvement, or line of thinking for what is the next best thing to improve on is always changing.

I guess what prompted it is this:

I need a new set of RCA interconnects, as I’m moving a little DAC to my headphone setup and adding a different DAC to my office system. (With the Audiolab 8000A and a pair of Focal Aria 906’s.)

I’m not gonna use the cheap throwaway RCA’s from my bargain bin. And I’m not gonna buy Audioquest Dragon Zeros or whatever.

So, as I’m mulling over the purchase, I thought, how much do i spend for a pair of RCA’s for this system? Is there a rule of thumb that one could use?

So I did lie a little. It is for a specific system.

I tend to upgrade cables as I have spare cash to spend and I don’t even think about percentages … and I’m not a “saver” either :^ /

Speaking from my own experience I agree there is no formula that will save you money or speed up the process. The designer of my Audio gear is a personal friend. He and I have the same gear. He uses basic Belden cables and ordinary zipcord speaker cable. The company he designs the gear for is a high end cable company and yet he doesn’t use any of their cables. I do. I have spent a ridiculous amount of money on cables and I believe I can hear and appreciate the difference. My friend who doesn’t believe in such things is winning, money wise. I have two Shunyata Sigma cables arriving today. Sigh.

If you can be happy believing cables don’t make that much of a difference, stay with that thought. It’s a slippery slope once you head down the search for perfection path. I’m enjoying it. But damn…

I would get the highest quality cables that are within your acceptable budget for that system.

Generally, 10% of the value of your system is a good rule of thumb.

I believe I can hear and appreciate the difference

I think this is the main thrust here.

If I can’t honestly tell the difference between $2 cables and $20 cables and $200 cables etc… on a particular system, then I’ll go for the cheapest ones that match the decor.

Not cables, but as a matter of value, I have some very expensive preamp tubes ($350) that I put into a headphone amp that cost $250. Silly, but I had them in my drawer. And wow, do they sound better!
I say go nuts and try a great cable somewhere in your system.

While it’s tempting to assign a percentage of value to cables and call it good, I find it really depends on the resolving power of the speakers. If the speakers don’t have a modicum of phase and time alignment, better cables anywhere in the system will have little impact.Some speakers emphasize tonality, some emphasize dynamics, but I think the most realism comes from replicating the phase and time alignment of the recording microphones. And, cost is not a proxy for identifying those speakers. I’ve had speakers that cost upwards of $15K that did not benefit from upgrading cables beyond a modest level anywhere in the system. I’ve had speakers that cost $10K upon which I spent $10K in cable upgrades which made a hugely positive difference. So, there is no easy answer, but I can certainly understand why some listeners say better cables don’t have much impact in their system.

A thread full of anecdotes like this would be fun. Specific examples, and whatnot.