I just had a crazy idea. No idea if it will work. Wondering if anyone has any experience.

I was thinking, what about a 5 gal water container in each corner of the listening room to act as bass traps.

If I started with two, would it be best on front wall or back wall? 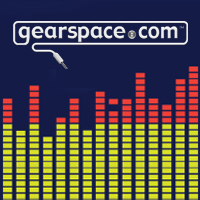 A few dozen of Wine and beer bottles (space them a few inches apart from each other of course) do not work either in case anyone wants to try.

The problem wouldn’t be the water, but the container it’s housed in.

I think it’s an interesting idea. The responses show that absorbtion of bass and diffusion of higher frequencies are being conflated/confused. What works on long bass waves is large volumes of dense material that slows the bass down, so on the face of it, it seems like water might fit the bill. But there is that point about it being a good transmitter of sound🤔 Could also end up becoming a resonator, which wouldn’t be good. Somehow, though - I’d think big containers of water should slow bass down more than nothing/air.

What form the containers take, and what they are made of might certainly impact reflection/diffusion of higher frequencies, but that could be mitigated by putting absorbtive panels or material in front of/around it. Whatever it might do to the bass would still happen through that.

To do a reasonable experiment that has a chance of efficacy though, I think would require say, (18) 5 gallon bottles, (2) sets of (9) stacked three high in sets of three in each front corner. Likely need a sheet of plywood between each, or some form of sturdy shelving, since all that water will get pretty heavy on the bottom layer. 375 lbs. or so total. Wouldn’t want any accidents around the electronics😳

So if you have access to lots of 5 gallon containers, or buy lots of your water in that form, go for it and let us know. I don’t think the effect of a single container would be even measurable in terms of bass. You do need “extra” real estate in your room to mitigate bass effectively. That’s why most use corners, not necessarily because it is the best spot for it acoustically, but because you’re often not using it, and big bass absorbers are inconvenient or impractical elsewhere. Your worst bass node might in fact be some distance out from the corner along the wall.

Having said all this, I would also think that if it did work, acousticians would have figured it out before🤷🏻‍♂️ Still - I’d be curious what the actual effect would be on bass absorbtion and room acoustics.

You would basically be constructing a drum as the water volume needs to be contained. The volume/container construction would have a resonant frequency. To be an absorber, I think that device would need to have a resonant frequency that matches the bass node that needs to be tamed and the medium (water) would need to absorb the sound energy (and convert it to heat). But water isn’t easily compressed, so it doesn’t absorb much energy… Low frequency sound waves travel for some distances in the ocean, for example. The water could, in theory, transmit the energy to some other material that would damp the sound energy.

From what I hear, the best idea If I used water, would be in the form of wet insulation and that wouldn’t be very appealing. I think I will skip it for now, but thanks.

Liquid is very hard to compress, so my half-baked hypothesis would be that it would behave more like solid objects of similar size. Bass traps work because gasses like air compress readily and the material in them, whether fiberglass, woolen materials or other solids that have a large capacity to contain air will convert mechanical energy, like bass sound waves, to heat and damp the low frequencies.

I was thinking similarly. The density of water depends on the temp it is. If I remember correctly colder water has less DO in it making it denser. So room temp water at about ~70 degs might not have as much absorption property’s pound for pound as other materials commonly used as damping material. The reason that foam or fiberglass works so well as a damping material is because it is a matrix of tiny air pockets that ‘trap’ energy (heat or sound). Under most conditions I just don’t think water could do this. Additionally water being, well water, it is susceptible to pressure like any fluid and with enough SPLs (bass energy)the water would move which I imagine would lessen the damping effects.

to some of the points above having 5 gallons jugs in your room would cause havoc for high frequency’s, is just more reflective surface, like glass. So draping at least a quilt or blanket over it would help mitigate that effect.

Im really curious to find out what comes of this, as I’m thinking about it and some others on this thread have brought up, I could see a situation were having large jugs of water and enough bass energy you could actually amplify the bass energy, creating more movement in the room.

All of this is to say I’m not a expert on thermal dynamics. So these are just hunch’s.

Bottles full of water may not be ideal - but empty bottles would be (if of the correct volume and opening):

Well, varying the amount of water in the bottle will adjust it’s resonant frequency so maybe useful for fine-tuning the resonator after all.