Fascinating Product Even If It’s Not PSAudio

I just noticed this amp and I just marvelled at the concept: 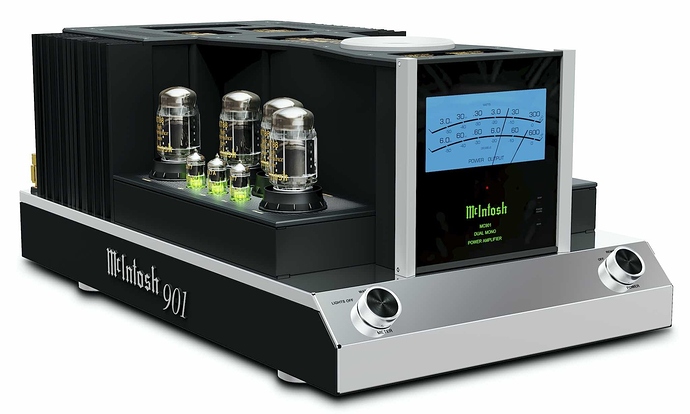 Hey Guys - Just a quick one today. We dont publish many press releases on the front page over the course of a year, but some of them announce cool products, and we want to highlight them. Im no HiFi historian, but I believe this new McIntosh amp is...

That is a piece of gear to lust after. Would love to live with it for a while.

The concept of an integrated crossover is brilliant

It does look awesome and I am curious to hear how it sounds!!

Impressive…but this truck (or steem train) design seems to be rather to the US taste than others (I assume). Or it’s my quirky taste that doesn’t fit to it.

I think that it’s consistent with McIntosh styling. Love it or leave it, they’ve modernized the range of offerings that are instantly recognizable as McIntosh.

For me this one’s special in a negative way of design…I don’t generally dislike their design, just a few, like a recordplayer having an amp form factor. I usually like especially their power amp design, as the bulky style fits to them most.

This one just really looks like a truck front to me.

They probably struggled with the features that they’ve integrated here. There is a symmetry and form following function albeit as I said, not everyone’s “cup of tea”