So I see lots of reissues from HDTT in DSD256. Has anyone any experience with these? Are these well done?

Quite a few are available from Analog Productions (vinyl or SACD), for example stuff from RCA Living Stereo, or from MoFi. Just curious if anyone has done any comparison.

Yes. I have several and there has been post about HDTT in other 256 threads. The best I’ve heard is Ben Webster live in Copenhagen. I also picked up recently Satchmo and Duke Ellington with Louis Armstrong also excellent IMO. 15% off sale ends today. Most of the time you can download all versions of the album if you desire. Ellington/Armstrong is the exception I’ve found.

I have several, I haven’t heard one that I didn’t like. If you purchase the DSD256 you also get all of the lesser formats. Fun for trying to hear the difference. Also handy if you travel and take music with you. I currently don’t want to load up phone with DSD256 for on the road playback.

I’m a huge fan of what they do. Lots of famous and not so famous titles. Legal DSD downloads and yes, I’ve accidentally tried their DSD256 and it’s nice bit I can’t hear the difference between it and the DSD64 which is what all my other HDTT downloads are.

Here’s my take on this DSD256 on HDTT. I downloaded the DSD256 and DSD64 of Sonny Rollins (Way Out West) from HDTT and not a night and day difference, but the DSD256 version does have a bit more air and deeper soundstage. I also have a DSD64 file of the same recording from way back years ago from AP, and that was night and day. The HDTT was much less veiled, even the HDTT DSD64 was clearer, which means a difference mastering or transfer of the Master. I am having trouble with your message.
Question: Which version sounds best?

Sorry I was not clear. Number three, (the DSD256) was easily the clear winner, then number two was not far behind. Number one (the AP version), was not in the same class I’m afraid. It definitely sounded a bit muddled.

Actually, I think HDTT is doing a better job of remastering all their current releases than what was previously available from other sources. Every new DSD256 I got from HDTT so far has bettered the performance of my existing library of the same music in DSD64. Right now I’m still waiting to see if Octave Records is able to do the same with their DSD256 releases. I’ll let you know once they get their act together and get those DSD256’s released.

The later AP Hoffman/Gray 45 RPM remastering was not available on SACD, only the earlier Doug Sax Mastering. 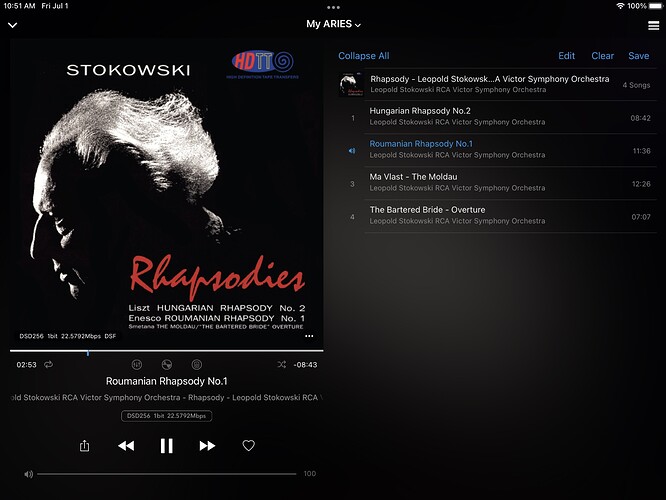 This is another HDTT 256 that sounds better than the DSD 64 Living Presence copy. More open, airy, and better bass.

I only have this as comparable (to an LP release) HDTT transfer in DSD 64. 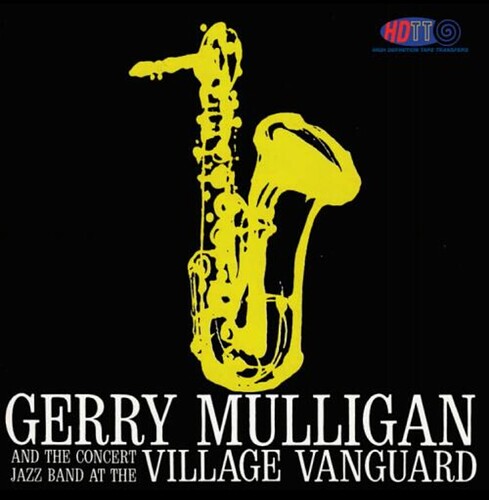 It sounds so unbelievably bad in comparison to the speakers corner reissue on LP, that I completely gave up trying out further HDTT recordings.

They might transfer whatever tape to DSD, but it’s definitely no good tape.

If you read on their website, it gets clear, the guy is just a vintage tape collector and whatever he got was definitely not close to the master tapes. He seems to transfer his personal tape collection to DSD. OMG.

Good info. I’ll avoid that one!

the guy is just a vintage tape collector and whatever he got was definitely not close to the master tapes. He seems to transfer his personal tape collection to DSD.

They are not charging a lot for the titles they have to offer and the better your system the better the reward on the recordings.

I try to move with mixed HDTT topics here.

I tried to explore and learn more about them and compared another one, the Ellington Indigos.

After listening to the HDTT Mulligan Concert Jazz band (DSD64), which imo is based on a tape which can’t be better sounding than a CD from a good source and sounded much worse than the Speakers Corner LP and trying the KOB sample (24/96), which could be my digital media favorite (especially later in DSD256), but still quite a big step from the best vinyl, the Ellington Indigos (DSD64) now was very convincing. I compared it with the very good Impex Vinyl and the CD (The complete Ellington Indigos). It was definitely much better and natural sounding than the CD file and, even if not as good sounding as the Impex, had the relaxed, natural characteristic and pace of the vinyl and a very good, nearly comparable ambiance and air and not so much less open top end. Surprisingly close.

So finally I get what folks hear from many HDTT albums and I’ll try more. It seems the tape sources vary quite a lot, but the good HDTT releases really seem to stand out from normal digital productions. Comparisons seem to depend on the quality and generation of the tape used for the contenders. We know how different an LP from an original master vs. from a copy sounds, so for being from a copy, the Indigos HDTT really sounds great.

By the way, I wonder why Chad Kassem doesn’t release direct DSD copies of his masters (when he had them), too, or at least of the commercial tapes. Definitely shouldn’t be worse.

It seems of all kinds of DSD media (PCM files stored on SACD’s, the various interim processed DSD recordings or remasters and pure DSD transfers), the unprocessed latter of the three, no matter if recorded live to DSD or Tape to DSD are the real thing on DSD. Ease and pace were much better than I knew so far from digital media on this Ellington.

HDTT Reviews – Just a small suggestion if you’re interested in HDTT releases. I like them and review a lot of them for Positive Feedback. If you have the interest, take a look at the current list of my articles (which include releases from HDTT, NativeDSD, The Spirit of Turtle, Octave Records, among others), here: Rushton Paul, Author at Positive Feedback

Some other reviews of HDTT releases by PF editor, David Robinson, are here:
Cootie Williams in DSD256
Bernstein Conducts West Side Story and On the Waterfront
Howard Hanson: An American Romantic in Quad DSD

I don’t mean to spam the forum, but I thought the resource might be useful given the interest in truly high resolution digital audio among participants here (which I’m delighted to find!). Hope its useful. If you feel that I’ve overstepped, please let me know and I’ll delete this post.

By the way, I wonder why Chad Kassem doesn’t release direct DSD copies of his masters (when he had them), too, or at least of the commercial tapes. Definitely shouldn’t be worse.

Chad once ran a high resolution files download site. He closed it down for not generating enough revenue to warrant keeping it going.

the guy is just a vintage tape collector and whatever he got was definitely not close to the master tapes. He seems to transfer his personal tape collection to DSD.

Not true, guys. As discussed in the KOB thread, HDTT is getting tapes from a broad range of other collectors and recording/mastering engineers. It may have started with releases from his personal collection, but the range of his catalogue (and new releases) far exceeds that today. For example, that HDTT KOB release in DSD256 is a transfer from a 15ips 2-track tape to which Bob was given access by another source (not likely to be disclosed).

Also, HDTT is also releasing DSD256 transfers from the the IPI tape catalog masters provided by IPI (some great live jazz recordings here), and now also the Clarity Records master tapes (including superb recordings of performances by Nathaniel Rosen) which come from the current owner of those master tapes.