Music that brings back your fondest childhood memories

Whenever I hear this song by Creedence Clearwater Revival, it reminds me of a more innocent, and simpler time, when summer vacations seemed to last forever. I remember one particular vacation spot my parents used to take us kids to, up in Canada, I believe the town was called Big Bend. We’d camp in the RV, then go into the picturesque town for the day, and explore all the sights. Going into Canada in the 70’s was like a breath of fresh air. The people were more laidback, and super friendly, and this song by Creedence was playing on the car radio and in the shops at the time. 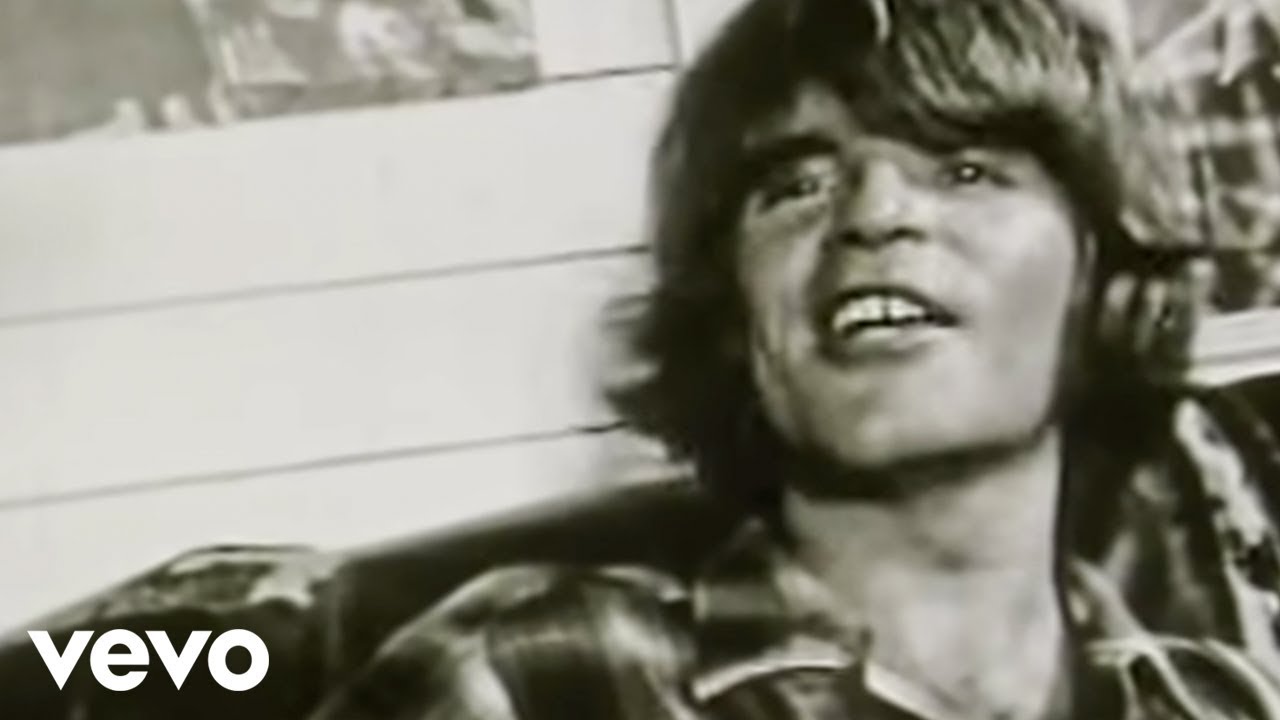 I think that It’s Grand Bend, being Canadian and from the Province that it’s in. I was already a teen when CCR was at their peak and yes they seemed to be simpler, more pleasant times. My childhood music goes back to Frank Sinatra, Dean Martin, Bing Crosby, Gene Autry and of course the Beatles.

Yes, Grand Bend, thanks for refreshing my memory. I’m sure it’s changed quite a bit from how I remember it.

My dad would play stuff like The King and I, My Fair Lady, South Pacific, Madam Butterfly and the like. I miss that stuff, and I miss him. And he was a huge Beethoven, Mozart and Mendelssohn fan. My music, the Beatles, Monkees, Dave Clark Five, Cliff Richard and the Shadows, and Elvis (if I have to).

My parents bought a tube Magnavox Console Stereo.
These 3 Albums I remember hearing on the changer and watching them spin peering inside the console.

I remember like yesterday. The stereo was delivered that day. The thump of the tube amp powering up. Lots of big sound coming out. I was hooked instantly at age 5.

it was election night November 1968 my parents had just voted and excited for better times.

Most of the fond childhood memories I associate with music are limited to what was playing on the radio. There are a whole raft of ones that bring back specific memories, like certain Beach Boys records remind me of our 1/32 scale Stromberg slot car set, or a handful of songs that played a lot while I built specific model cars. And a number that were popular during early crushes.

My parents’ musical interests never figured into it, oddly enough, considering how much my brother and I are both into music. They had a console stereo the size of a dry sink, but it was played extremely rarely, and even then it was pretty much the Ray Conniff Singers, 1001 Strings, and stuff like that.

My grandmother, on the other hand, played music a lot, and I credit her for the country-ish bent in my interests. She had albums by Tennessee Ernie Ford, Jimmy Dean, Homer and Jethro, Eddie Arnold. And my grandfather even had some Al Jolson.

My own early record acquisitions were people like the Beach Boys, Dave Clark Five, Beatles, and comedy like Allan Sherman and the Smothers Brothers. My very first 45 single purchase was “Palisades Park” by Freddy “Boom Boom” Cannon, written by Chuck Barris, who would go on to create the Gong Show.

You have hit the trifecta of my younger days.

When CD’s all but killed vinyl, an enterprising fellow in my neighbor hood was selling all sorts of vinyl out of the back of his station wagon for less than 25 cents an album. This was in the very early 90’s.

Besides picking up hundreds of classical and operatic discs on top name labels, and in mint condition, he also had pop albums. I picked up all of the Herb Alpert albums for a song.

My dad used to play these albums on the weekends when it was very common back then for folks to have weekends off. All of us kids would dance around and have a blast.

Along with Johnny cash playing on WABC - AM radio ( Folsom Prison Blues, A boy Named Sue, etc); Glenn Campbell (remember his TV show?) was the inspiration for my purchasing the very same Ovation Balladeer guitar with the earnings from my very first real summer job. Played a lot of Led Zeppelin acoustic and Scruggs and Flatt bluegrass on that guitar. I still have it and it’s still in fantastic shape.

Occasionally I will pull out the Herb Alpert albums for weekend listening session and take a trip back to those times.

BTW: We also had a Magnavox console. I don’t remember if it had tubes though. But, it could sure play loud and proud.

Ray Charles’s “Hit the road Jack” was my earliest musical memory. I remember jamming to it when I was a wee lad.

A dragon lives forever, but not so little boys
Painted wings and giant’s rings make way for other toys
One gray night it happened, Jackie Paper came no more
And Puff, that mighty dragon, he ceased his fearless roar

I had an official cassette of Tommy. It skipped some of the middle songs like Christmas to fit. Played it on a c-cell powered, portable player…Magnavox or something like that. Don’t know if I’ve ever heard Tommy better.

The first two brand new LP’s I bought as a kid. I have fond memories of driving my parents insane. 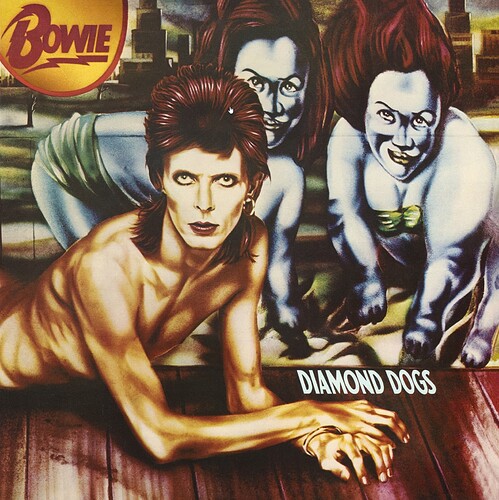 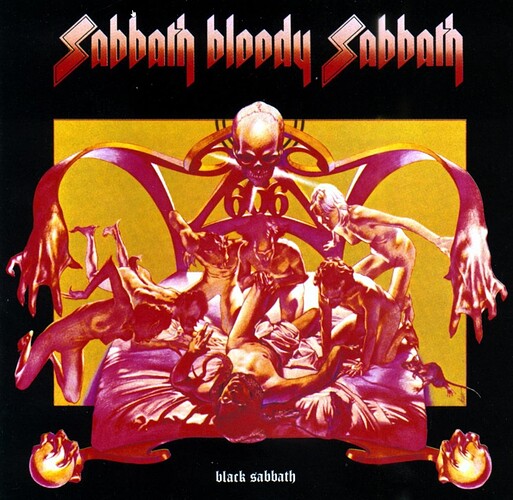 We didn’t have much music in the house that I remember as a youngster.
My Grandmother always had classical music playing really loun when we went to see her. And she was good at playing the piano and organ. They had a baby grand in the living room and a pedal organ of some type in another room of their house.
I wasn’t exposed to much music myself until I had a drivers license and some freedom. I was exposed to everything possible from Johnny Cash, Elvis, Hank Williams, Doobie Brothers, Jimi Hendrix , Janis Joplin, Mama’s and Papa’s, Rod Stewart, Chuck Berry among lots of others. The most memorable album and the one that cemented my future as a music nut was Deep Purple Machine Head. And specifically “Highway Star”. I would play that tape over and over again. It made the long ride home through the country a short trip to a new place.
Been hooked in various levels depending on my income at the time ever since. 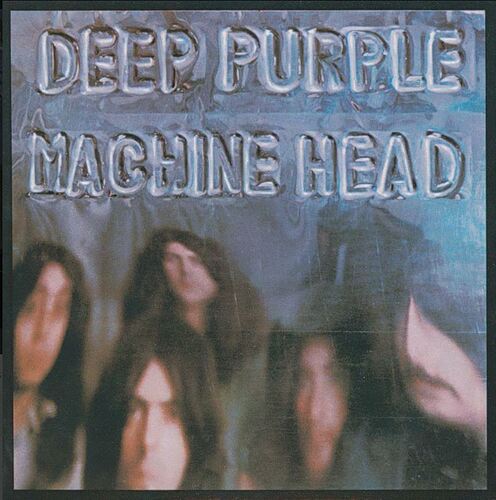 I have that Album saved in Roon.

Great song, great meaning and memories. Here is one of my earliest music memories:

Picnic time for teddy bears
The little teddy bears are having a lovely time today
Watch them, catch them unawares
And see them picnic on their holiday

I am not sure if they ever switched to solid state i took the back panel off once curios of what was inside It had all tube circuitry. Open baffle woofers and i believe hors for mids and highs. I remember you could get an 8 track add in with a RCA connection and my parents did that in late 70s.

I remember that! Wasn’t it the theme of a children’s radio show called “Big John and Sparky”? I think it was on in the late 40s-50s. I’m showing my age here, but I remember bugging my mother to take me to see a traveling road show where Big John and the puppet put on a live show. The price of admission was two seals from jars of Ovaltine. I didn’t like the stuff at all! To make matters worse, I left the seals at home when we left for the show. My mother, bless her heart, stopped at a grocery on the way to the Municipal Auditorium in downtown Oklahoma City and bought two more jars. A lasting memory!

I don’t know about the show connections. I heard it as a kid when living in England in the early 1950s. I think it may have been the first album (78) that my family considered as “mine”.

Indeed—but it also brings up all my dead brain cells!

Isn’t that the truth