David Nudell has posted Arney’s speakers on the Vintage Infinity Speakers group on Facebook. He’s looking for a bid, but also looking for a decerning buyer as well. I can only think these speakers are truly unique and represent more than just another pair of speakers. You have to be a devotee of the classic “Infinity” philosophy to truly appreciate these. One can only imagine what would PS Audio have ultimately produced had Arney not passed away unexpectantly when he did.

I’m not a facebook user so can’t check it out. Are they the same speakers PS Audio had and Paul showed in a couple of his daily videos?

Yes, same speakers. It’s a private group on Facebook, that’s why I did not link it. Here is a YouTube link to Paul going over the speakers. 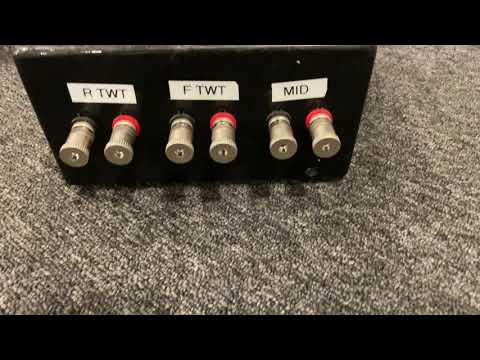 Thanks for confirming. Wasn’t sure what had become of them, but they were Arnie’s so his family selling them makes sense. Must resist finding a way to bid on them!

Given the meanwhile ”family” of PSA affiliated speakers which seemingly “killed the IRSV” (inspite of the fact that Paul‘s version was highly modified to the better), one has quite a selection. Not always sure which is more flattering to Paul, to take him seriously or not

I would have copied the text of his post here, but it is not only a private group, but his posting also contained his phone number (for texting only). I didn’t want to cross that line and potentially cause some grief.

No need for you to get in the middle. If I or anyone else is interested in these speakers we’ll make the effort to contact them. Thanks for letting us know thus is happening.