Octave Records - why only DSD64 available for purchase?

Thanks Ted! If things are similar to the DS here, this seems to mean, as soon as Octave is recording in DSD256 or DSD512, this format might sound worse on PSA DAC’s than todays DSD sample rates…

No, 256 may be just past the best, but it’s not the worst… It’s just that going higher doesn’t keep getting better. 512 would still probably be better than 64. 256 is definitely better than 64.

Ok, thanks Ted, didn’t mean to say DSD256 and DSD512 might be worse sounding than ALL of todays DSD sample rates on your DAC‘s, but if DSD128 is probably better than both, the higher ones still make little sense.

Many DACs perform better at DSD256 compared with DSD128. Not all.

Ted can’t say yet because those products aren’t done yet but I’n sure it will be the case.

I don’t think Paul needs to stop everything and change to recording DSD128. What he’s doing is taking a huge effort.

Saw your new video and you hint at the ultimate solution but I know it’s not easy.

Recording at 5bit 11.2MHz would be the bees knees.

Maybe @tedsmith can make you something !

You can see DSD64 noise clearly here in this video, in the frequency range where amplifiers may go into oscillation (my amp is flat to 100kHz). And tweeters may behave funny.

This video is consistent with the stuff I posted earlier in the thread by Andreas Koch regarding issues with DSD64.

And probably a big reason for PS Audio going to higher DSD rates.

Issues with DSD64 are widely acknowledged by the experts. 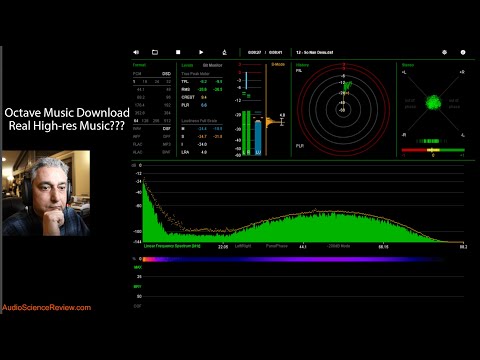 As already addressed earlier in this thread, this not going to ruin your music listening enjoyment.

Also already addressed is why Octave was selling DSD64.

Thread closed to avoid a repeat of the Bad review of PS P12 thread, just like the earlier thread posting tise same ASR video is closed.