So what will this mean for the DMP?

Thanks. I appreciate the input. I’ll add them to the call list.

I mentioned that I thought that the demise of OPPO was due to the fact that people stream movies and download movies today hence the need for a player is going away. Someone cited a source that showed that the sale of CDs and vinyl were up. At that point I said this is about music and not video. No one has cited a source that says that video disc sales are up over the previous year. That was what I was referring to.

Oh, I see - so it’s not that disc sales are up, it’s that downloads are way down due to streaming, so discs look like they’re doing better by comparison.

Yes of course OPPOs play music too and some do buy them to play music but I am willing to bet that most people that buy an OPPO blu-ray play buy them to watch video.

It’s instructive to remember that Oppo’s main business is cell phones. Millions and millions of cell phones sold mostly in China. They are a huge company and I suspect their venture into disc players was always somewhat of a lark. Though I haven’t any inside information one way or the other, my guess is the boys up high just got tired of the struggle to keep up with the latest video technologies and surround sound changes and said “why bother?”

But, that’s just a guess. We have a decent supply of the transports we purchased and should be good for some time.

I saw the chatter on this on AudioGon this morning, very surprising indeed! Glad to hear PS Audio has a supply of drives, that has been an issue with other manufacturers ability to support their products. The one that comes to mind is Audio Research, their early CD players have been expensive doors stops for many years. Out of curiosity, is the drive in the DMP the same as the UDP-203/205? A few months back I bought a Samsung 4K TV. I have a Blu-Ray player, which I rarely use but, thought a 4K player would be nice. The Samsung players feel so light like it’s just an empty box, not impressive at all. Instead I have been thinking of a UDP-203. If the 203 drive is the same as the DMP I would have a fall back if the DMP failed in the future and PS Audio ran out. I know that’s an apocalyptic sceanario, but ya never know!

We can only speculate as to buyers’ intentions; video, audio, both.

With respect to Oppo, I suspect the return on disc player sales was lower than the return on their other products. If you can make 8% on one investment, but 10% on another you move your 8% resources to the 10%. It is the reason Target sold Dayton’s, its founding department store. Target made a great deal more money operating its Target stores than keeping their department stores - even though Dayton’s was profitable.

Oppo’s strategy was questionable both from a product marketing and customer engagement point of view. On the product side, why didn’t they try to become the essential home theatre brand by offering multichannel processors, DSP, etc? On the engagement side, they didn’t embrace their customers with any degree of energy or creativity.
I find it hard to believe that the information that led to this decision was 14 years in the making. That’s a long time to dabble.

That seems a bit harsh given the good quality of Oppo customer service and some fairly exception product design for the money. I think there is a tendency to assume, without data, that Oppo had a bad strategy or was not profitable. Perhaps it was a successful business but the parent was not hitting a specific ROI goal.

Oppo sold close to 100 million smartphone units in 2017, according to some reports.

Android dominates in cell phones worldwide with over 85% of the market - and growing.

Well, it’s a shame, but nothing like this is surprising to me these days.

I wasn’t too impressed with Oppo players that I had heard in the past, but I tried out the Oppo PM-1 headphones and kept them, and bought the UDP-205 because of its balanced output and have been very pleased. Hey this is an improvement, usually I come upon the really good stuff AFTER its availability.

I am speculating without data as we all are. It may be harsh, but that doesn’t make it less likely. I have run a market research company in the technology space for 17 years so I’m not speaking as someone without expertise in these matters.

Oppo has offered no explanation, which is consistent with the point I was making about their lack of customer engagement. Think about what PS Audio is doing and compare that to what Oppo did. Making great products and having good customer service is not enough these days. Customer service is reactive, not proactive and is not holistic in its outlook. 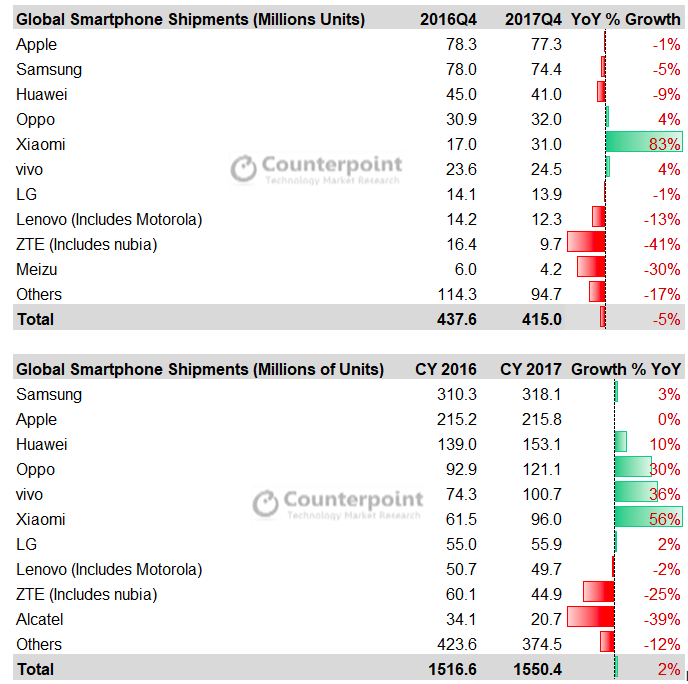 I’m not going to criticize Oppo but you have a good point about PSA. McG has become SO prolific and public that it seems like we get an atypical status of the company.

If they do continue to offer full support, everyone who can afford one should consider buying it for it’s video benefits. Even if new DVDs and Blu-rays aren’t selling, most of us have some.
By now it was probably 2 years ago, but they replaced the transport in my 83se for a flat rate, I think it was $70, even sent it back in another grocery bag.
I find this news kind of sad. As a video player, nothing could compete for quality and price.

Paul, you might consider aquiring some additional transports. Or have a Plan B to retrofit DMPs with another company’s SACD transport when the time comes.

Phillips stop making SACD transports and suddenly some expensive SACD players became boat anchors including some from Krell, Musical Fidelity and DCS. To DCS’s credit, they devised an Esoteric retro fit for their P8i SACD player.

Paul, there is always ESOTERIC disc drives. Atho I am sure the cost would be way up. I assume it would improve the player even more? Gone would be dvd playback tho. That’s ok with me, since the DMP will not ply them in my experience anyhow.