I currently have QED Silver Anniversary XT’s which are extremely well-constructed and revealing cables for their price (10€/m). They’re hollow design, oval, braided and silver-plated. So they’re a very cost-effective solution for mitigating skin-effect.
However, their cross-sectional area due to being hollow is just 1.88mm^2 (14 AWG). I’ll be getting Infinity Kappa 8’s next month and they’ll eat about 200-400W in contrast to my current speakers whose power handling is only 80W.
Will I be OK with my current cables? I feel like the next step would be Analysis Plus, but I can’t afford those for a while because the Kappa 8’s aren’t exactly cheap.

chance to do some comparison - the ones you have now, and some cheap high cross sectional area multi strand cable, stuff not sold as speaker cable but for low voltage high current application. then when you can afford by the posh cable you can compare them too

You’d wager that cheap thick general-purpose copper could actually be beneficial in contrast to my geometrically intricate silver-plated ones? It’d surely be interesting to do such a comparison but I have a hard time believing it’d increase fidelity.

Could someone wise please tell the formula for determining optimal total cross sectional area of a cable for a given bandgap of power draw through it, and how this relates voltage to current in this regard?
If I have a very high impedance speaker (let’s say, headphones), 600 Ohms, how does the shift towards proportionally more voltage than current needed to drive the load affect total gauge?
Also, can someone please tell me if it’s possible to make a very hard-to-drive, low-efficiency but very high impedance driver?
How does the standard 100dB/1mW/1cm for headphones vs 100dB/W/m for speakers compare? I mean, how far are those from 1:1 in terms of actually required relative powers for relative hearing levels?
Sorry, my questions might be put oddly, but I hope not.

You know, actually why not just strip lengths of the QED cable, enough to braid them into a hollow, larger conductor?
I don’t see why iterative knotting couldn’t be beneficial to cable performance if properly measured.
Here we’d have a cable whose individual strands hold a more even radial frequency distribution, less inductance and less capacitance than solid-core strands ever could - wouldn’t this kinda double up these benefits? Or would the cable’s general structure now then shift these individual uniformities? Surely not in the right scale. Now, I know this is where it’s not so simple to calculate in one’s head (our brains don’t really utilize unitary physical constants in accordance with how they’re expressed in physics…), we would be better off with some precise and efficient simulation software.

This would be a good one for @galen-gareis to take a look at.

This is a very wild and lossy approach but let’s try it… Let’s assume you are going to play full power, which you are never going to do, 'cause something will blow up… But for the sake of argument: amplifier power rails: +60 to 0 to -60. RMS would be 42 volts
current = power over voltage : 400 over 40 = 10 amps going thru your cable and speakers. That is ludicrous in and by itself, but… Your cable is 14 AWG which makes it capable of transporting 32 amps if the plus and minus are not twisted. It goes down to 5.9 when twisted.

The plus and minus are parallel, the conductors are oval so I guess their geometry plays a role in reducing their interaction. Unlike Analysis Plus, these QEDs have the ovals narrow side against narrow side. I don’t know why but I trust QED has their reasons…

Would that not be 400 over something like 5? The amplifier’s peak current capability is 80A so could we assume it’s using about 64A to power a 400W peak, since it’s max output is 500W?
Have I understood the principle of class A amplifiers wrong?

Sorry @Arenith, I am not equiped to be a teacher…

You don’t have to, someone around these parts is. I trust that.

@galen-gareis Please answer Galen, no one else here can really tell a comprehensive answer.

It’s not really a problem. Listening for yourself is best, but here’s some reading matierial:

Ohm’s Law is your friend. 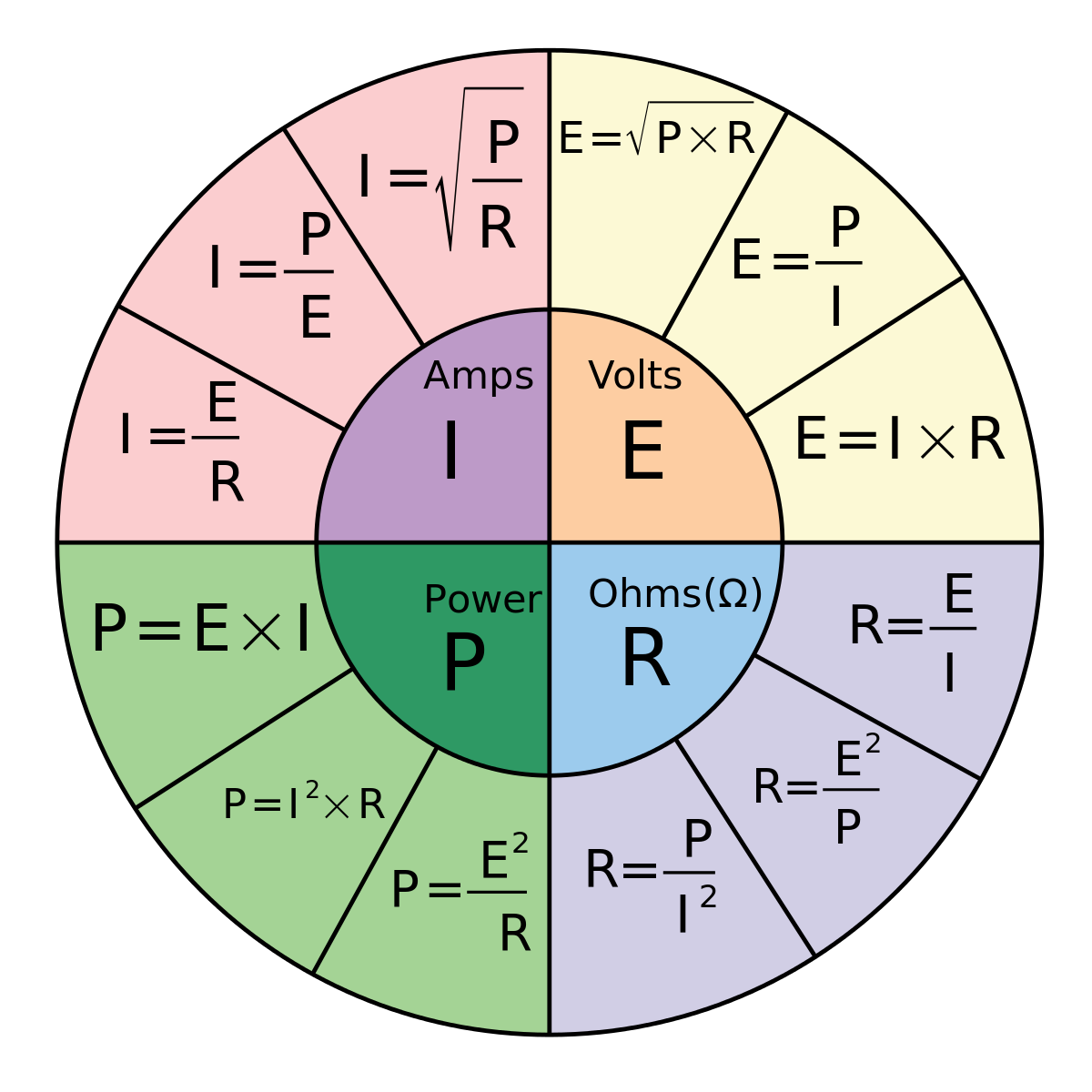 
You can use power and speaker resistance to calculate current which is what you need to judge wire gauge. (You can also calculate voltage, etc. (All of these will be RMS, which isn’t quite right, but it’s close enough for this.)

There’s a lot of good reading there:

Then there’s the problem of what size cables you would need for that current. Everyone has a different opinion: clearly you want most of the power to be utilized in the speakers and not in the cables. There are a lot of other complications with the speaker’s impedance varying over frequency, but if you start with a minimum cable gauge that can handle 10 times the current than needed for your loudest music you be off to a good start.

You can use a wire gauge chart to map wire gauge to current handling ability:

American wire gauge (AWG), also known as the Brown & Sharpe wire gauge, is a logarithmic stepped standardized wire gauge system used since 1857, predominantly in North America, for the diameters of round, solid, nonferrous, electrically conducting wire. Dimensions of the wires are given in ASTM standard B 258. The cross-sectional area of each gauge is an important factor for determining its current-carrying ampacity. Increasing gauge numbers denote decreasing wire diameters, which is similar to ...

Still, instead of making a lot of assumptions you are better off just listening for yourself.

FWIW A lightning strike a little ways away from my house didn’t hurt anything permanently except melting one of my speaker wires in two. Since my speakers were on the left and right of my Sony WEGA TV the screen got very colorful. I had to turn the TV off, wait a while, and turn it on many, many times before the last of the bogus color was gone. Still I used 18 gauge silver rod for my speaker wire until recently in spite of having 400W (at 8 Ohms) speakers which are 92.5 dB efficient and amps that are comfortable delivering 750W into 8 Ohms (and 2200W into 2 ohms.) I usually listen to TV with the volume down around -60dB.

Thanks. How does silver rod (as you put it, I assume you mean a rod), compare to stranded cable? Solid rod, or hollow?
I’m interested in the unconventional concept of using a rod for speaker cable, as in not easily bendable, hollow of course. Is there sense in that for a power-hungry pair of speakers? Wouldn’t it have all the less induction and the same if not better benefits, except for unconventionality of having to bend it in place (and the price of hollow silver rod)?
Or did you use the word rod to mean just wire in general? Hehh…
I’ve seen some interesting images of speakers with bare rod type of conductor, they were commented as being fringe extremists willing to trade their speaker wire for yarn.

It was dead soft annealed silver 18 gauge solid rod, which is quite bendable. At the time I got many different sets of speaker wires and it sounded best to me.

If you want the most technically designed wires get Galen’s ICONOCLAST wire:
http://www.iconoclastcable.com/

He has all of the technical reading material you could ever want on the site. Also read the ICONOCLAST thread here:

1/8/2019 Welcome. First time here? It’s a big thread and since the time that I started it in 2015, Galen Gareis, the engineer who developed Iconoclast, has left Belden and is consulting with Blue Jeans Cable to market, support and hopefully develop new products in the Iconoclast line. Blue Jeans Cable has always been the sole company that terminated all of the Iconoclast cabling for Belden. They are known for their no nonsense approach to audio cabling and Iconoclast fits right in; nothing fan…

Yes, I’ve talked to Galen, he sure knows his stuff. I trust ICONOCLAST is very good bang for the buck, will invest in those later.
Or used Analysis Plus.

By the way Ted, what system do you have?

There are some posts about it:

Howdy Here’s my system description that I usually keep current: http://cgi.audioasylum.com/systems/3367.html With the DS I use cheap cables in general just because I want to make sure it sounds good with modest cables. The rest of the system uses better cables (see system description above.) To reach the table I work on I use Peavy 15’ balanced mic cables for interconnects. I have a PerfectWave Transport and also an Oppo BDP-103 with an Audiopraise Vanity HD card as a SACD transport. As yo…


Some of my system updates:


A diagram of my system:

I thought I’d waste an hour or two trying to do one. Tho I’ve got pictures of a lot of the equipment the diagram is already pretty big so I’ll punt on that for now: [Schematic%20Prints]