I have a DAC going to three headphone amplifiers via a ONE Little Bear XLR selector switcher. 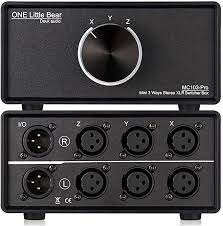 I am wanting to exchange the above XLR switcher with a toggle version so I can run 1, 2 or all 3 amps simultaneously. 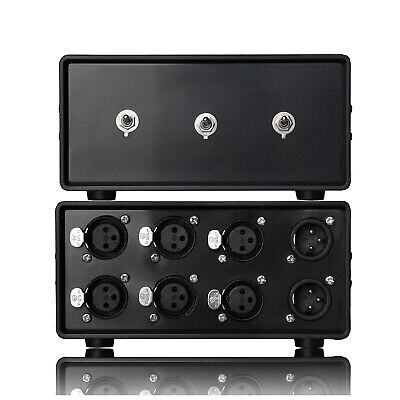 Two questions:
1: Can I split the balanced XLR signal up to 3 ways and switch signals in various combinations without any issues or concern with the gear?
Is there an issue with 3 amps being linked together like this?

2: The splitter box is labelled & sold as a 3-in, 1-out but looking at the circuitry I don’t see any reason it wouldn’t also function in reverse as a 1-in, 3-out. (?). There are no components and it is just wire to wire connections. 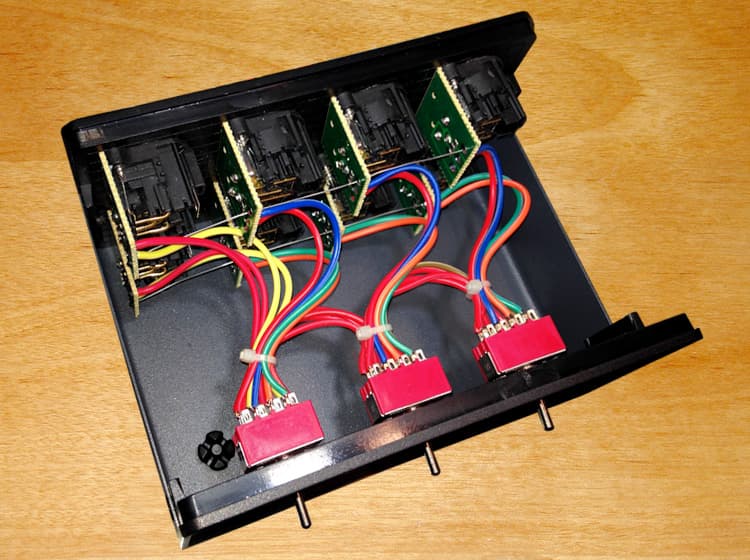 Or does anyone have a better solution?
3-way XLR splitter cable? I can’t seem to find any such thing. Stereo XLR Distribution box?
Technically I’d like a four way split but that doesn’t seem to exist either…

It should work.
One output should be able to feed three destination inputs simultaneously.

The opposite way is not recommended. Three outputs should not simultaneously feed one input.

Thanks, I’ll order one up!

Copy that. Thanks, I’ll check it when the switcher arrives (after the Chinese New Year celebration) and look into a line driver. More XLR cables!!!

Yes XLR cables are not cheap. And maybe the XLR output stage is up to the task.

Sound quality is at its optimum when a preamps output impedance matches the headphone amps input impedance.

This may or may not be true. My understanding is that you want a low output impedance driving a higher input impedance.

Here is an article from Paul McGowan:

“Here’s what’s important: whatever you are trying to ask the output amplifier to drive must be at least 10 times higher in impedance and preferably 100 times or more. Why? Because you don’t want to lose any of the musical energy being sent to the receiving device and you don’t want to stress out the amplifier that’s sending the music in the first place.

So here are some practical examples. If the input impedance of your power amplifier is 10k then the output impedance of your DAC or preamp feeding it must be at least 1k and better if it’s 100 Ohms or less. If it’s 100 Ohms you’ll only lose a tiny amount of signal at the junction between the preamp and the amp – 100th of what you are sending, just for understanding sake (not entirely accurate but you get the idea).”
https://www.psaudio.com/pauls-posts/output-impedance/

That very low output impedance is the whole idea of a current source ie. line driver. So yes, Paul and you are correct.

However, only very few sources, and PS Audio sources may be a positive example, provide a low impedance current source output stage. Simply because the lower the impedance the higher the demand on component tolerance, linearity/thermal characteristic. Ie the higher the cost (bigger cooling surface ultra low resistance signal path). When the output stage is like a voltage source it has per definition a high impedance, the signal loses the least of its energy when the output impedance matches the input impedance of the load.

Regardless, lowering the input impedance of a load by connecting loads in parallel means that the load impedance gets lower and lower and you need extra power to transmit the signal. Extra power potentially means extra distortion if not done right.