I dont know i was thinking of making a thread so we can talk anything about tape;

The king of analogue?

litle history could be good, after reading wikipedia it seems tape was invented by Alexander Graham Bell and patented in 1886

then it came the Blattnerphone in 1928, then cassette developed by Philips in 1962? or was reel to reel machines first?

“In general, the faster the speed, the better the reproduction quality. Higher tape speeds spread the signal longitudinally over more tape area, reducing the effects of dropouts that can be audible from the medium, and noticeably improve high frequency response. Slower tape speeds conserve tape and are useful in applications where sound quality is not critical.”

So tape speed should be used and depends on what kind of music is recorded;
lets say classical music should be recorded in 30 ips but rock can be enought in 15 ips? and a person just with a guitar singing is 7 ips or a cassette recorder enought?

Why studio master engenieers ont use the highest speed 120 ips? What is dropouts?

I ad also some videos of info on tape mastering problem etc, if you know others videos put them in 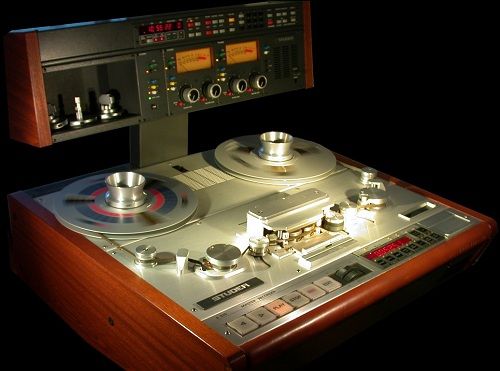 I still have two Nakamichi Cassette decks. An 500 and an LX7. both in perfect working order. I still have the tapes I have made with them. But…

I still have a Dragon and 40-50 cassettes. Gave away all the rest…

Dropouts usually come from physical problems with the tape - either the magnetic coating has flaked off in spots, or a tiny bit of miscellaneous debris has come between the media and the record (or playback) head. It’s not the primary reason for higher tape speeds. I’m sure it’s true that the more tape surface you have for a given second of signal, the chance that a physical problem with the coating will be audible may decrease. But in my experience, that’s not the main benefit of higher tape speeds. Being able to spread a given time period’s worth of signal over a greater quantity of magnetic media (tape) results in lower noise and higher frequency limits. Generally speaking, the less tape per second of signal (whether because of speed or physical width of the tape), the lower the fidelity. A half-inch high-speed tape has the potential to be much higher fidelity than a small, slow compact cassette because there’s more magnetic material to record each second’s worth of signal on. Or at least that’s always been my understanding.

Whether genres of musical performances can or should be limited to specific tape speeds borders on a philosophical discussion on the value of different types of music.

Had a Nakamichi 480 for many years. Retired it a bout 12 years ago, and when I tested it out a couple of years ago it needs new belts and other rubber parts. Gave it a middle school wonk who is still playing with it.
Quite the machine.

My topic about tape (R2R) is the sound quality. I’d love to have the patience and funds to further want to afford the hardware and the tapes. I think the limited repertoire of reissues would sound clearly better than even the best LP setups in many, probably most cases.

It would be most interesting for me to hear how different those mostly unmastered (can’t be different) master copies sound compared to the (for good reason) mastered other media (except if they were a flat transfer anyway). But I think the sound quality will be worth the unmastered character with probably also drop outs and other artifacts usually optimized during mastering.

Otherwise those investing the time, money and patience to play the tiny repertoire wouldn’t be so enthusiastic.

NICE nakamichi are great; i wish i had one; 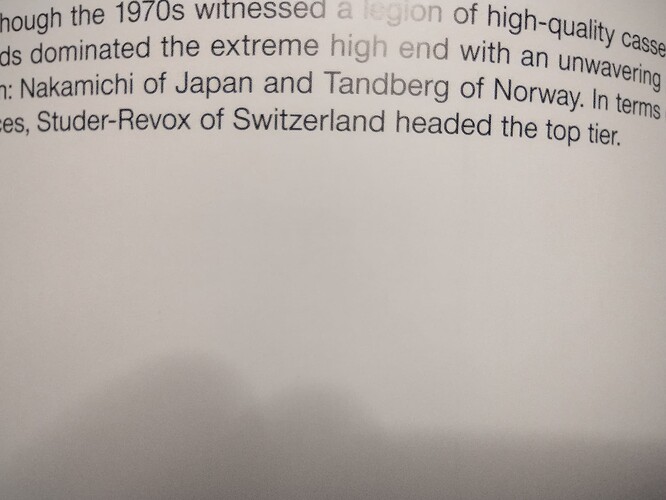 some say the dragon is the best cassette deck ever made, but is not really the most expensive nakamichi made;

but the Nakamichi 1000ZXL “it was introduced by Nakamichi in 1979 with a manufacturer suggested retail price of USD $3,800 and discontinued 5 years later in 1984.”

anyway you must feel great to have such a legendary cassette deck, both are beautiful like hell 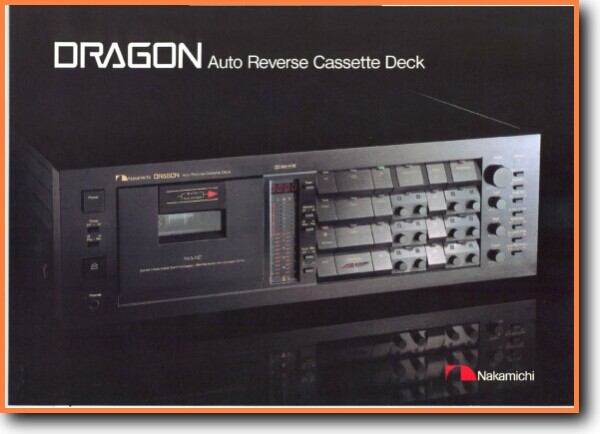 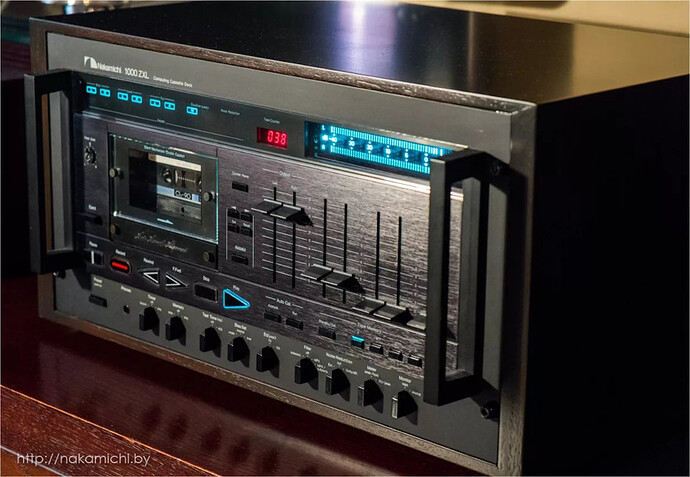 …the less tape per second of signal… the lower the fidelity. A half-inch high-speed tape has the potential to be much higher fidelity than a small, slow compact cassette because there’s more magnetic material to record each second’s worth of signal on…

ps. wonder why or maybe that is why reel to reels never get the idea of making type1,2,3,4 etc kind of reel tape?

ps.2 i have some cassettes that sound better than any other media format

(i miss my tape deck, well i guess is time to look for a yard sale

you give away a nakamichi because the belt broke

in my poor experience with cassette vs vinyl i feel cassette it has a kind of soft air around the sound the bass is also like soft deep but in vinyl is more like solid bass and refine treble i guess is just a matter of taste well;

I had a 1000ZXL that I got for a very cheap price at a Miami pawn shop many years ago. After a year of use, I had gotten the Dragon and decided to sell it and got $5000 for it from a guy in Russia through eBay. I offered it at a ridiculous price and this person bought it. No questions asked. The 1000ZXL was amazing but I preferred the Dragon…

Everything from tape to digital has its characteristics, but I’m after revealing as much information as possible on a very high level of involved gear. If you go lower you mostly hear artifacts and limitations of each and think this is the characteristic or quality of each (which it is not). But most argument based on this, either for lacking experience because they don’t know better, or intentionally for dogmatic reasons.

Not sure what would sound better when comparing the same music recorded to R2R and direct2disc.

Yes, I think it’s safe to say that the development of tape formulation “types” was driven by the need to improve as much as possible on a format that had severe physical limits right from the start. Same thing for a lot of the consumer-level noise reduction schemes. While Dolby Labs began tape-hiss noise reduction work before the compact cassette era, it was the cassette that drove continued development of different types of Dolby NR (A, B, C, S, for various tape formulations).

Yes. It had been retired for about a decade, and we’d gotten rid of our tapes. So why keep it?
It is in a good home.

Nothing ever topped the Dragon.

I sold my Dragon just a few years ago. The fellow I sold it to just about cried he was so happy. I felt guilty having a Dragon and not using it. I don’t know why, considering the pile of other unused stuff in the same closet.

I Saw One for 2000 dollars in a store weeks Ago;
Well Price i Guess was THE same when launched?