Can we get a PS Audio branded box to hide my Stellar products in a BHK chassis? McIntosh charges $1,500, so as a value leader, I’d expect the PS Audio version to run around $800 or so. And maybe a Stellar version to hide my Yamaha components in. Maybe Gryphon can produce one for a mere $3,000.

Additional question, would you recommend a PowerPlant 3 for good current to the lighting?

Lol. Sometimes you need to poke fun at the competition. Please take this in a humorous and not mean-spirited tone.

Removable rear panel provides access to a large storage compartment where you can place unsightly components to declutter and beautify your home audio system.

I have seen that in past. I saw in photo and when I looked it up I could not believe it. 1500 for a ligh up box. Give me a break.

The mere existence of the device (if it can be called a device) prompted one of the ToneAudio editorial staff to say he’d never buy another piece of Mac gear.

A Box of NOTHING from McIntosh: The LB200 – Industry News | TONEAudio MAGAZINE

The first hifi system I experienced was comprised of McIntosh components, so I’ve been a fan for about 50 years. I’ve owned my fair share

Illuminated meters for ease of sight Temperature compensated Quartz movement ----SPLIT---- The McIntosh MCLK12 mantle clock is a celebration of time while being a tribute to classic McIntosh design. Constructed with the signature McIntosh blue watt...

Who the heck would buy something like this gimmick box? I honestly thought it was a joke until I saw it.

I don’t find it that surprising, it will sell (disclaimer: I am not at all a fan of Mc sq (personal opinion, ymmv))

I sincerely hope Gryphon doesn’t start doing things like this.

This is why I don’t drink.

My buddy and I laugh at these product release emails we get from McIntosh. A couple weeks ago it was a new FM tuner for $5500. Who in their right mind that has a hifi set-up is going to run this in their system? 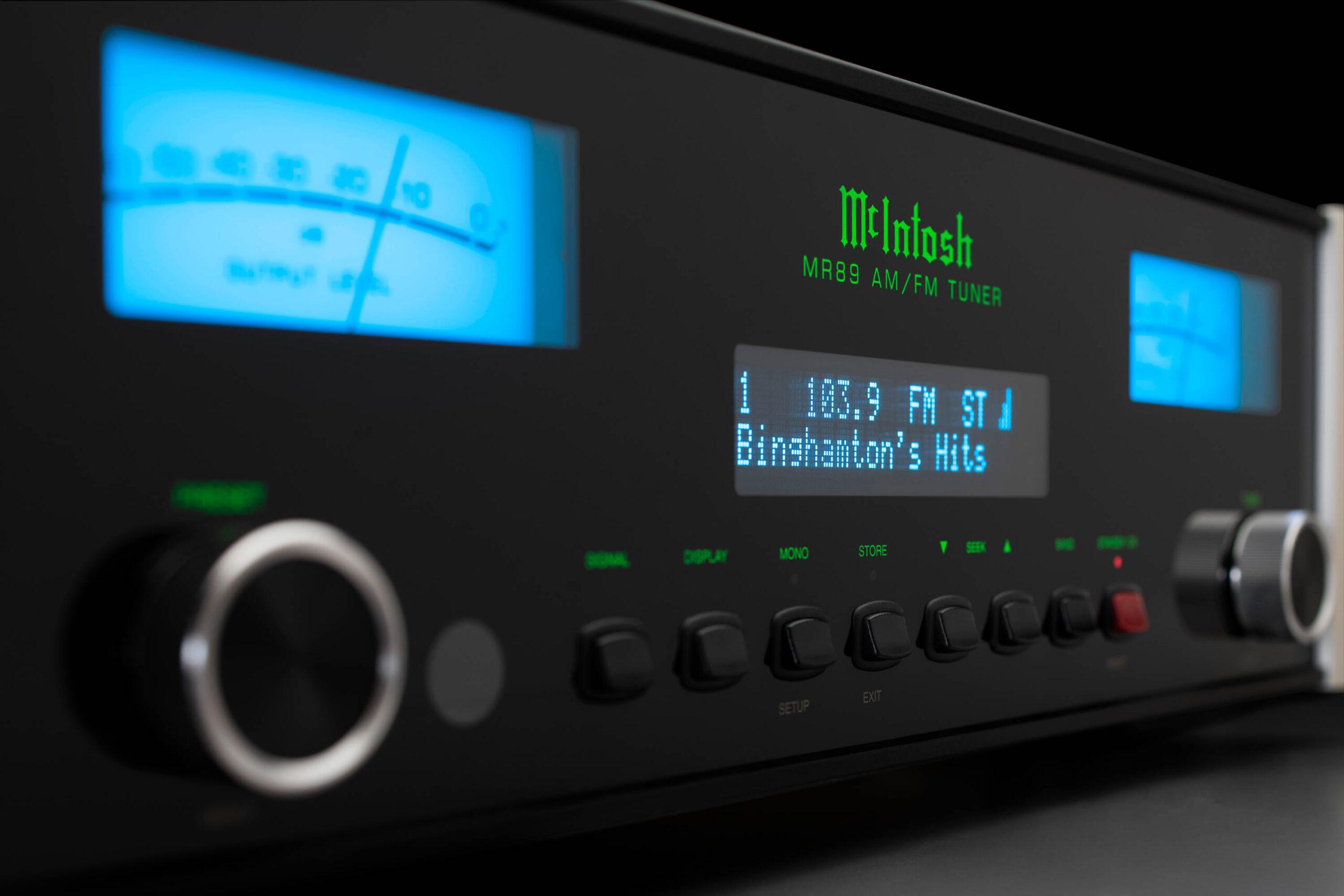 Turn on and tune in to the wonderful world of radio!

I frequently listen to our local FM station KMHD 89.1.

I was just messing with you, Al.

Seriously, nobody but McIntosh would be willing to trade this shamelessly on their heritage and image. Even at its worst, Apple’s 20th Anniversary Macintosh wasn’t this bad. It was at least an attempt to push the tech envelope and not an empty box of LEDs.

I still listen to radio, but I don’t know that I’d pay $5,500 for an FM tuner when it’s just a matter of time before the government decides to reclaim that spectrum for something digital and more efficient. (Yeah, I have some conspiracy theories myself…). Those little Sony HD radio tuners turn up on eBay now and again and are pretty well regarded. I dunno.

It’s none of my business what anyone does with their money. If it makes you happy, more power to you!

I have (for some reason that escape me) given this some more thought and want to share a slightly different perspective/use case for this, illuminated, black box.

If (I say if) I had a nice stack of McIntosh components all racked up or laid out neatly on shelves and I had some bits and bots like ethernet switches, power supplies, etc. that I wanted to keep close to the kit it served without messing up the aesthetic (all those knobs, green lights, meters and stuff), I could see using one of these otherwise empty boxes to tuck all of that out of the way and maintain my all-MAC vibe.

This observation does not address the intrinsic value of this “kit” and I’ll leave it up to others to make their minds up as to whether it is worth the price.

Me too, we have access to 3 NPR stations locally, and 1 out of Spokane, mostly classical, and a weak jazz station. Does me fine on my <$200 15 year old NAD Tuner.

I like those times when a DJ hits a certain groove and you keep on listening to hear what they play next.

I also steam radio through our Roon.

People here spend more than that on a single cable…I would argue that cable does less than this box does.

Yep,
Harley did the same in the 70’s. You took great handling, economical, reliable modern Japanese motorcycle and squeezed it into a Harley Fat B*****d wrapper kit.
Now that was street cred.

I believe this is the intended use of the product. (I’ve stopped calling it a “device.”)

The issue with Digital signals its an all or nothing thing. If you get the signal you are good, if you dont, you get NOTHING. Its a terrible experience in a car. Wife loves the local country music station. The Digital channel of it goes in and out so much we put on analog signal. The static drives me nuts, but she loves it. I think data streaming them is better. you can buffer. Wonder if they head that way in the future. Certainly cheaper than dealing with FCC and building Towers.