I am considering getting a P20. I have a dedicated 20 amp circuit for it. Would the AC5 be a good cable to connect the P20’s 20 amp input to my wall receptacle (which happens to be a power port receptacle)?

I would be feeding it a pair of McIntosh MC-501 monoblocks and my other components. Would it be best to plug one 501 in to Zone E and the other 501 in to Zone D?

I think that you’d be better served by a larger “conduit” like the AC 12. @Cardri and others like Shunyata Sigma.

I use an AC5 along with this to convert to a 20 amp configuration. Works great. I’m sure there are better power cables but there always are. 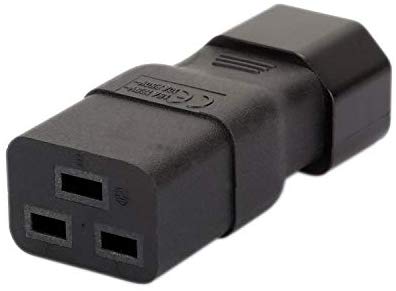 I just used electrical tape to hold it to the female end of the AC5.

Does PSA sell a cable with the correct end for the 20 amp input of the P20?

Don’t think so. Anything 12 gauge or bigger, which the AC5, uses is code compliant. The adapter works well.

This may be the way to go through AudioQuest

Yup. You might want to check out the “P20 power cable responsiveness” thread.

We do not. There are a few out there.

The component in my system chain that improved most in sound quality with a better power cable is my P20. I use a Shunyata Sigma NR. I tried a lot of cables via The Cable Co. lending library and the winner was a no-brainer. Second place was their Alpha NR. Borrow some and try for yourself.

Have you had a chance to compare Audience SE or SX cable with P20? Just curious; thx

Sorry, no I haven’t.

This would save some space in the listening room and keep the noisy powerplant out (in case it’s noisy).

In theory, this will work, but you won’t be able to take full advantage of what the P20 offers. By adding a distribution back after the P20, you’re inherently increasing the output impedance. Still get the voltage regulation, but the lowered output impedance is still huge, and you want to take advantage of that as well.

We read here on this forum about noisy powerplants and it’s easy to worry that noise is a common issue. But if we divide the number of powerplants sold by the number of complaints, I’m sure the number would be minuscule.
My P20 is my third pp over the years and every one has been dead silent, even when heavily loaded.
I wouldn’t worry about it.

Thanks, so impedance gets higher due to the length of the cabling from basement to listening room, right (or really due to the distribution)? This would also mean that much larger powerplants for very big setups which have to be placed in the basement, generally don’t have the impedance improvement.

Yeah, I don’t worry too much…but space can also be an issue…so if it would have been without disadvantages, I would have loved the idea as nobody really needs a pp in the listening room.

What I also wonder is, why there can’t be smaller powerplants with the same impedance advantage of the P20 but lesser power output (so comparable sound quality).

Length of the cable plays into it a little, but long cables can impact the capacitance which can induce other parasitic crap. The distribution bank is to blame for the increased output impedance to your downstream gear.

But isn’t the pp a distribution bank itself after the electronics?

Or are all outlets individual, which would mean, there’s no single one providing the full capacity? Probably wrong logic I use.