I called those ‘acoustic couplers’.

You can use anything to break in the DAC. I am currently using the hi-rez files from Hot house Flower data disk on a usb drive via the PST. This is overnight. During the day I play SACD’s CD’s and files of various rezolutions from the laptop. The source resolution does not matter. The DAC sounded great out of the box but continues to open up.

I did not. Time got away. I thought I would ask for the process first.
Sounds like there is plenty of good help in this beta process.
I do have some idea’s on the unit noise some have commented on. I have quieted some other equipment here with the same issue. When things settle down maybe I will get a retail unit when available.
Thanks! 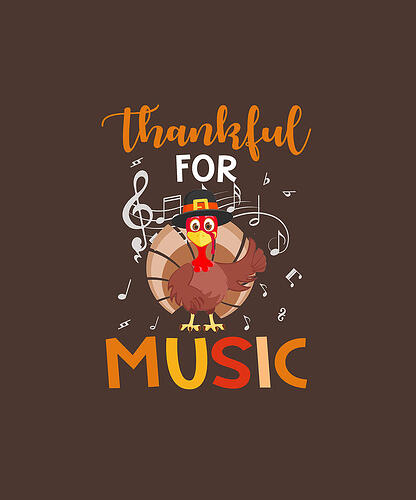 I have a question on the mkii. My beta unit has had only one incident so far. I have both is2 inputs and USB active. I have not had any issues with muting when changing inputs.

We were listening to Roon / hqplayer / naa / matrix2 via is2 input and it stopped at the the same time it seemed like the lights blinked. I turned the unit off and back on but the music did not restart. I noticed on the back of the unit that the little black box had popped off. I turned off the unit and plugged the black piece back in. I also rebooted my hqplayer, switches, etc and turned the mkii back on. The unit has had no problems since then.
Sorry about being late with this but was dealing with Covid.

What is the little black piece? It is attached to the unit with an elastic cord.

It is the WiFi antenna AFAIK. Odd that/if it should affect anything.

As for the rest of your description, it may be that you are reading too far into it. Not sure if rebooting is always the first cure. Try stopping and starting the sources prior to that.

Please take care of yourself and don’t worry about this stuff. I’ve not been the same since two months of Long Covid in Jan and Feb.

Good to know what that is. I switched inputs and to be honest I can’t remember if the other ones played or not. It might have just been a coincidence and it was just a power blip and my network. I’m immune compromised due to cancer and its treatment, so the Covid is a double whammy. I finally tested negative after three weeks and got I’ve antibodies on my third day. I’m better and I have learned to take it one day at a time.

I switched inputs and to be honest I can’t remember if the other ones played or not.

This is what is hard about beta testing. I hesitated to post about an earlier input switching issue, due to that. No point in confusing the issue.

I’m immune compromised due to cancer and its treatment,

have loved ones in the same boat, so - no worries. Thanks for posting👍🏼

Is this an assembly issue we’re some are affected were others aren’t? If units are working now could they fail down the road with the current issues.

Yeah I’m still not sure what the issue is and why it affected some unit and not others if they are supposedly all the same.

Again, it had more to do with rework issues than assembly. The assemblies are all done by robotic machines which seem to be a lot less error prone than we frail humans.

So if our beta units have been trouble free we should be good to go, correct?

I have concern about the de-emplasis selection in the menu. My unit totally looses the left channel when I select it and drops the level of the right by about 20db. This may be related to the removal of the switches that were causing the noise. I have ordered a laser thermometer to check the temperature of the case as I want them to know exactly how warm my unit is running. I hope my unit does not have to make a return trip. Could someone else please try selecting that option on their mk2 to see if they too loose the left channel when it is activated?

This seems to suggest that the problem is total playing time or perhaps total time powered up. I removed the MK2 at this point and it was only slightly warm to the touch on both top and bottom.

I will be sending a note to service today asking to return this unit for repair.

Could someone else please try selecting that option on their mk2 to see if they too loose the left channel when it is activated?

@sixpack1 - I am doing a bunch of testing today. What’s the configuration you are using when you lose the left channel and drop the right by ~20db?

I’m waiting until Monday after the holiday weekend to contact service to return my unit.

I am playing a disk in the PST via i2s into the mk2. I go into the menu on the mk2 and move to the pre-emphasis selection and turn it on. I am curious to see if the same thing happens to you. after the test turn that feature off and both channels return to normal. Firmware in mk2 2.3.0 FPGA 173 Beta USB 3.01.9605 Nework 1.1. Thank you

I’ve also been selected to beta test the MKII. However, I did not receive my unit yet. I guess mine will arrive with the fix. In the meantime, this is a blessing because I had upgraded from BHK 300’s to BHK 600’s. I also picked up an AQ Dragon 48 HDMI, which came in today, for the connection between my PST and the MKI. The delay will give me time to evaluate my SQ before I receive the MKII. I want to mention that the 600’s outperformed the 300’s in all areas except for two. They are better at heating up my audio room and if you lift weights you’ll be happy with them. The Dragon replaces an original PSA HDMI. Right out of the box the Dragon is a major improvement and is worth the $2K. When my MKII comes in I’ll give you guys my impression of SQ compared to MKI. Best

FWIW Your symptoms sound like a software bug, Preemphasis in the UI is pretty new. And preemphasis doesn’t touch any hardware. It’s strictly a UI feature implemented by the FPGA.