DS MK2 DAC, Blew my mind on this song because……

This thread is dedicated to sharing your song experiences on Ted’s MK2 DAC.

Please describe Album, Song, and what you just heard that did the deed!

Though Jimi deserves the credit 9 out of 10 times. The MK2 let loose Jack Cassady bass, Steve Winwood on hHammond Organ, zmitch Mitchell drums were so sharp. Don’t even get me started on mike feedback @ 10:46. Live music clarity throughout. Then the clear bocals and emotion in Jimi’s performance.

The band talking after the music stops and depth as everyone is milling around then way the hot microphone captures conversations. the “ Awe the bar’s closed at the end far off left soundstage.

Great idea for a thread.

Looking forward to the posts. 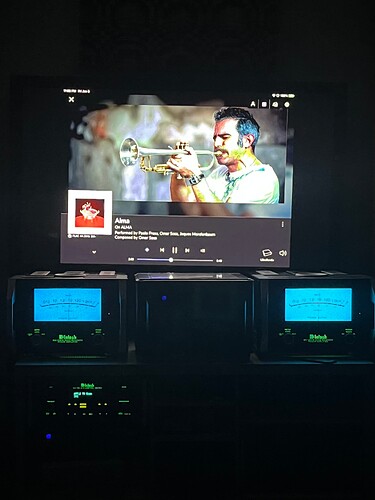 It was me. This is one of my favorite albums of all time. I am glad you are enjoying it.

Yes better than excellent on the MK2. I found I had saved this album. Finally listening. Another enveloping soundstage.

Jacques Morelenbaum’s cello (and arranging) are a boon to any recording. And if his wife Paula is also singing it’s a plus!

I use the track S‘inguldo often to check the „ambiance everywhere“ and the bass note setting in on the right for tightness, not sloppiness.

Daniele di Bonaventura’s playing of the bandoneon also brings a really cool addition to the ensemble. It’s somehow a little gypsy and modern at the same time.

I might pass out from excitement if this crew played with Anouar Brahem.

You got to hear this one with the MK2. Instruments never sounded so real on a HUGE soundstage. The women’s voice and the instruments in the back sounds so real and back beyond my back wall. The MK2 really brings this recording to life! I put on a SACD that in the past I thought was a recording disappointment on DS, but Lionel Richie’s Truly-The Love Songs SACD sounded so much better on MK2 than before.

Okay, it is not a “blow your mind” SACD, I was just surprised how much better it sounded.

Many recordings I thought was hard and digital sounding with the MK1 sounds absolutely fantastic with the MK2. For example like the Dexter Gordon recording (Our Man In Paris) where the sax can sound quite harsh at times and has me reaching for the volume control. Not so with the MK2 where the sax sounds strong but quite natural with no harshness whatsoever and so much more 3D like. In fact the whole recording surprised me with it’s richness and dimensionally when I played it with the MK2. I though it was the recording that was bad, but it was really the MK1 that was inadequate. It’s also quite possible the USB input on the MK2 sounds much more natural than the Matrix I2s on the MK1. It’s a 24 bit 192k file I played. Which edition of “Our Man in Paris” are you playing? I ask because I don’t find the saxophone harsh sounding, though I may never play it as loudly as you, and I use an EQ device in my system (DS MK1 via PST). I have kept two releases of this title.

It’s a FLAC 192k 24 bit file I purchased from Acoustic Sounds many years ago when Acoustic Sounds was selling music files. I play it at avg. 80db according to my decibel meter.

I just purchased this DSD256 from NativeDSD with their special 35% discount (will end soon). This one sounded fantastic with MK2. With DS a lot of my DSD256 sounded dark, not with MK2. 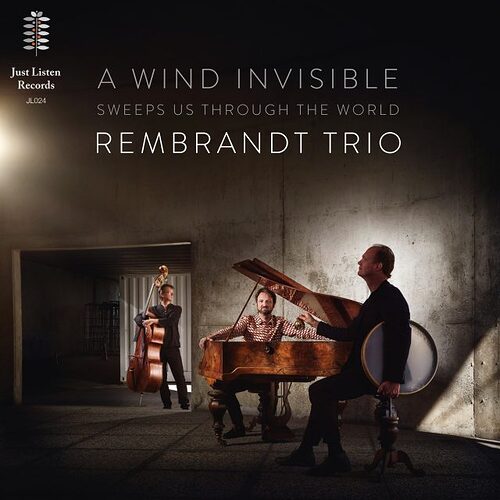 Okay, thanks. I just don’t hear Dex’s sax as harsh in my system.

Just downloaded this one and got the discount, but I would gladly pay full price for this one! It really shows off what the MK2 is capable of. Beautiful music! The highs are so clean, rich, extended, full of body and so much air. The soundstage so big and the acoustics so real that I can just get up and walk into it. The instruments has such body, substance, and presence, this recording played back on the MK2 really takes your breath away!

Maybe my old setup with the modified MK1 trough the I2S is a little on the bright side, but with the MK2 I don’t hear this harshness also.