Watched “Three Sides Live” and “Genesis in Concert 1976” with my daughter Evelyn this week. 3 observations 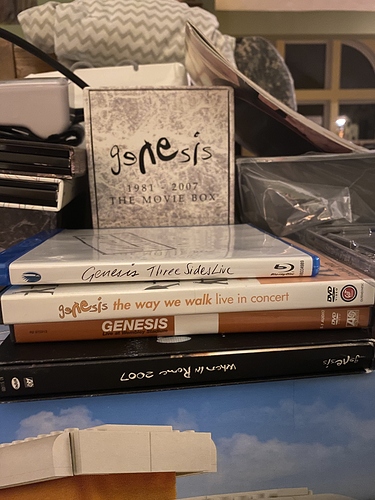 I paid $70USD for Live : The Way We Walk in Mexico City, Mexico back in '01 while visiting my Wife’s Family. Couldn’t find or order the damn thing here in the U.S. (we were living in PA at the the time). Still have the DVD’s and saw the tour in Toronto at the SkyDome in '92. Great show once again.