Jay has posted a new video. I liked this guy as I see things I could never buy and he made some comments that I tend to see in my system as well…

As these things go, he has seemed to go off on power cords now that he sells Stromtank. 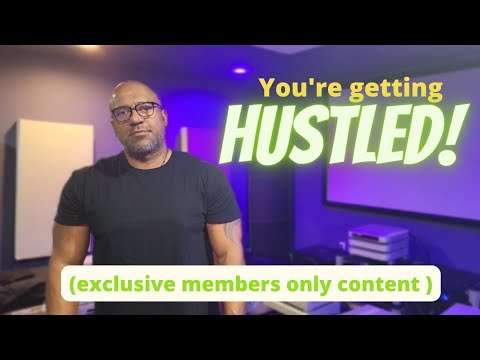 Yeah I get it, he likes them , he sells them, so I get the marketing of the video. He has been a big proponent of power cables and matching them to your system. But now all of a sudden we are all being hustled and we should not have to do that if we have a Stromtank. it solves 100% of your power issues. Gone, stock cables work fine. He says no longer have to worry about changing components effecting the power cord and its synergy with your electronics. The Stromtank is all you need. I wanted to post, but knew I would get bashed so I did not, how come Powercords have syncergy but the Stromtank does not? its found a magical way of creating such perfect power that cheap cords work fine?

Wouldn’t surprise me that his opinions (or anyone’s) would sort of contour based on what he sells.
But I just don’t want batteries.

Nice Double-Clickbait!!! OMFG!!! titles on that😝 I refuse to watch videos based entirely on that. I may miss something interesting as a result from time to time, but we vote with our clicks.

Not meaning you Beef but aimed at the Jay’s post. That guy is a windbag AFAICT.

Anyone that posts is a windbag.

Who? Is this the guy who makes the CD Transport?

Sorry that was insulting to the real Jays Audio.

He’s no different than any other salesperson schmoozing their wares…

I really did like most his videos. Really great stuff to show off. But this one I just did not get.

I’ve watched several of his videos. They’re better than most of what’s on tv imo.
We’ll see what happens though, if he becomes one of these characters who only shows up to sell something.

Agreed. Ok content. Entertaining, but when it turns to selling it just pushes me away.

Wouldn’t surprise me one bit if battery power for front end gear negates the need for ultra expensive power cords.

I think Danny Ritchie runs his system off battery power.

I’m sure there will be someone out there who will claim their Stromtank sounds better when it’s been recharged with a $6000+ high end power cable! Lol