As some of you may know Gus Skinas (the mastering engineer and the person responsible for introducing us to Ted Smith) has joined the PS Audio team and has his mastering studio upstairs above engineering. Exciting stuff.

Next to the mastering room is a control room where we’re building the mixing board and eventually where we will start recording artists direct to the DSD based Sonoma recording system. We have one of the few 24 track Sonoma DSD systems in the world and today just took delivery on a beautiful new Studer mixing board. This beauty was once the central fixture of Neil Young’s home studio and before that the on-the-road recording console for the Rolling Stones.

We will be rebuilding the electronics but keeping all the controls and power supplies for which Studer is famous for. The studio and eventual label will be Octave Records (we think). 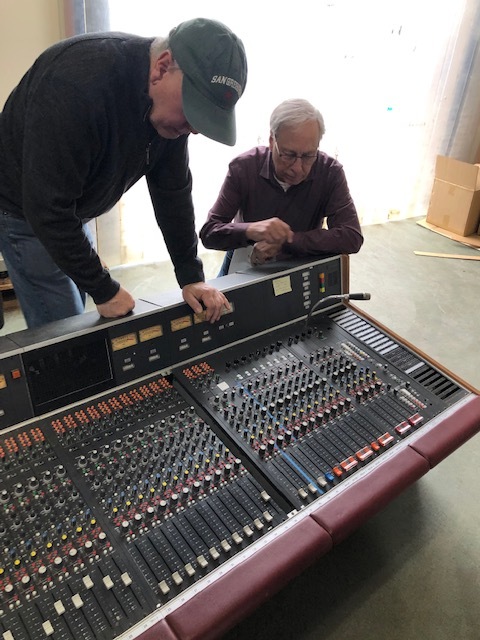 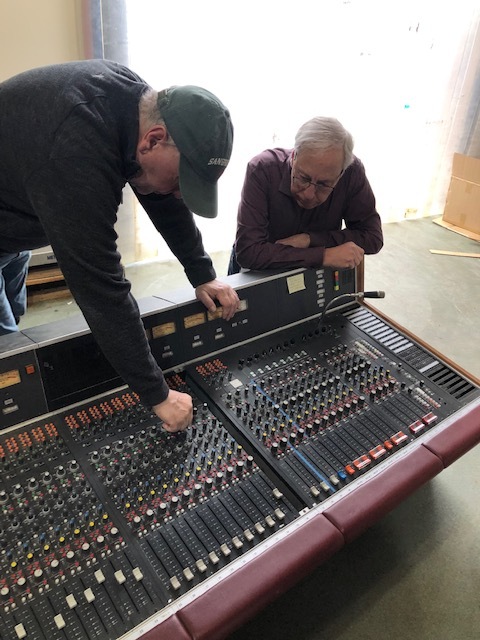 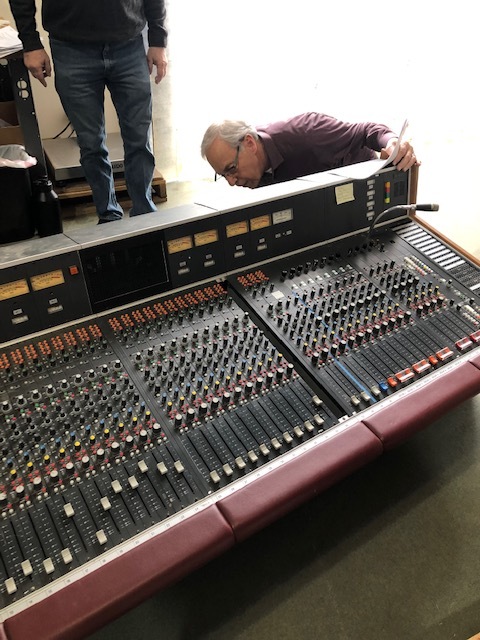 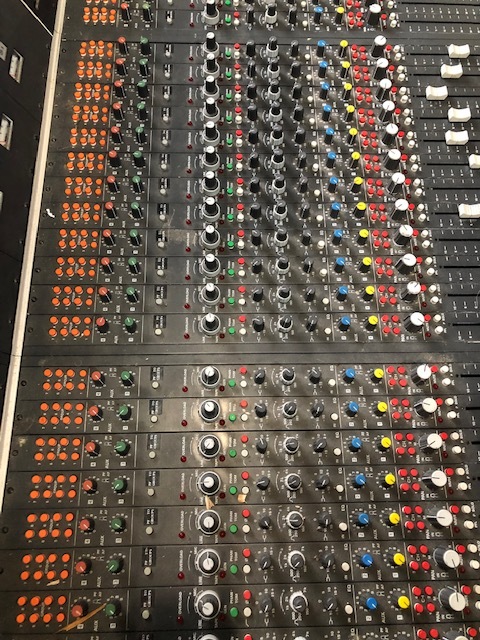 What a piece of history. I’m sure it will serve you well

I do not even you the work, but a neat project!

Cool project. Have you thought about filming this process as a documentary? They are huge right now. It would be cool to see the process.

Thanks. Yes, all DSD through the Sonoma system. We’re doing what we can to keep the art of great recordings and reproduction alive. I hope our community will offer their support in this endeavor.

What a great idea. Thanks. Maybe that’s what we do.

Exciting stuff! Some blues artistes would be nice.

The Studer console is a beauty. I used to be thick in the console wars back in the day as a sales manager for Neotek and Panasonic/Ramsa. This one was one of the better sounding ones and built like a tank. Gus got a good one and with great pedigree. Looking forward to a tour to see this and getting an AN3 demo later this year.

It’s all about the artists finally

But I also look forward to those recordings!

And fascinating what load of electronic circuits is involved in such a mixing board before music hits the high end equipment at home, caring for shortest possible signal path and tweaking

Well…you have to have as many channels as you have microphones necessary to do the recording.

As I used to tell my students who seemed overwhelmed (as opposed to those who were excited) by all the knobs on a 48-channel SSL “Each vertical strip is the same - it is simpler than it appears”. Each vertical strip is a preamp (or two), followed by an EQ, etc. Learn the functionality of one, and you have at least half of the equation sorted with regard to the rest of the board/desk.

My Impression just somehow is, all this stuff is not half as „audiophile“ as ours

Correct. They are different animals, which is something folks who have no experience with recording fail to grasp.

Although, if many Audiophiles had two channel strips from a Studer board (or any of several other classic desks) as the front end/Preamp of their stereo, they would likely see things differently.

I’m sure this would sound better than anything else…I’m just unsure what that proves…probably that a lot more is lost after those tapes inspite of any “audiophile” effort. What I don’t think is that audiophile effort would make no difference at the recording/mastering stage. The cases where it was done at least to a certain extent prove it.

“I’m sure this would sound better than anything else”

Nope, it would not, as it has nothing to do with personal experience and personal sonic preferences/one’s system/room of reproduction. It “proves” nothing from an audiophile perspective. There is nothing to prove.

I am saying that it would provide a perspective that most don’t have with respect to the Front End of a recording. It results in understanding that a lot of what we fret over here is not terribly important.

And this is actually only on the input end…from the mic to the pre/channel. The only thing that matters from an Audiophile perspective is the sound in one’s home.

Content is king so I hope artists can be signed who can create substantial demand.

For example, maybe a major jazz artist who is between major label contracts.

I would second that. I realize there are many talented lesser known artists out there, but somehow many audiophile labels focus so much on SQ they forget about the element of star power.

“It results in understanding that a lot of what we fret over here is not terribly important.”

Ok then initially I didn’t get what you wanted to say. If it’s the above I’m also always willing to take our discussions not too important…but anyway for me there’s no reason we just look in awe at what happens before our home listening…I guess there’s a lot happening that could be improved but few care (which isn’t meant towards that mixing board in particular at all). “Audiophile”-like improvements of some mastering chains and the results show it.

In theory, a completely mono recording without any eq, dynamics processing, or console routing, is more audiophile as you would skip a lot of the console circuit, but is it going to sound better?

When I was working in studios Neve, API and SSL consoles costing between $150,000-$1,000,000 were not uncommon. Imagine upgrading those to “audiophile” specs.