I’m sure He & Jack Bruce are in an argument at this very moment. Such an amazing talent. Gone at 80 years young and lived a very hard life.

He would have lived to 150 if he had lived even a moderate life! God speed

Intensity he did not lack. Several years ago I watched a documentary on him, at the time he was living in the high desert in CA or NV. Anyway, he was feisty to the very end I’m confident.

Always tough to wake up to news such as this (although I figured it was coming given the news of his declining health last week).

Spinning Fela and Ginger now—sure Disraeli Gears will be next…

That is a moving tribute, @Elk. I hope you are around and available to give the eulogy at my funeral.

But seriously, for anyone interested in a detailed overview of a complex and extremely talented individual, check out the New York Times obituary: 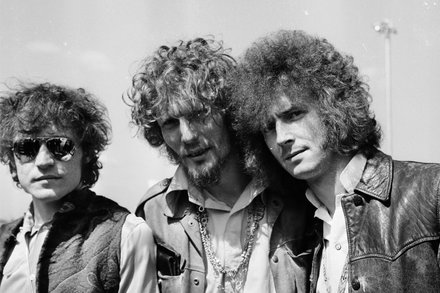 Ginger Baker, Superstar Rock Drummer With Cream, Is Dead at 80

Teamed with the guitarist Eric Clapton and the bassist Jack Bruce in the band Cream, Mr. Baker helped redefine the role of the drums in rock.

The guy was an unmitigated jerk. This does not change because he is dead.

POLL: Ginger Baker will be remembered as:

Not a commentary on the man, I did not know him other than the 2 hour video piece I watched, maybe it was Netflix documentary; but this idea of Zat Rana comes to mind when I ‘get’ Bootzilla and Elk banter

There are three kinds of connection: small-talk, depth, banter. Small-talk is needed but uninteresting. Depth is great, a good way to know people, to learn, but it can’t be forced, and over time, there is only so deep you can go. Banter, however, is vastly underrated and I think the sturdiest foundation for any long-term relationship.

You are referring to the 2013 documentary, “Beware of Mr. Baker.” I saw it, as well, and it is a good film IMO. Here is the trailer:

And a perfect counterpart, an article in The Guardian: Meeting Ginger Baker: an experience to forget Click

" The video above doesn’t really capture the full horror of my thankfully brief time with Ginger Baker. It was an onstage Q&A at the Curzon Soho cinema in London, after a screening of the excellent documentary Beware of Mr Baker, and the best that can be said is that – having already seen the film – I knew what to expect."

And Paul McCartney, who presumably knew Ginger better than that Gaurdian reporter, eulogized Ginger on Twitter as a “wild and lovely guy” as well as a “great drummer.”

Ginger Baker, great drummer, wild and lovely guy. We worked together on the 'Band on the Run' album in his ARC Studio, Lagos, Nigeria. Sad to hear that he died but the memories never will. X Paul
bootzilla October 6, 2019, 6:59pm #14

And speaking of The Guardian, it answered the question of how Ginger will be remembered (my emphasis):

“Whatever the reason, Baker was clearly not an easy man to love, or even to like. But he was also an inspired and groundbreaking musician, a drummer other drummers queued to pay homage to, even when their praise was rebuffed. And that’s what Baker should and will be remembered for.”

The drummer fought his bandmates, alienated his children and lived a life of turmoil – but had an utterly new vision for what rock music could be

McCartney is apparently of the camp that we pretend he was not what he was now that he is dead. Clapton, on the other had, always provided guarded responses when asked about Baker. Remember, this is the guy who attacked a Cream bandmate with a knife.

I do not dispute the man’s ability. But talent neither equals decent human being, nor does it allow one to be deliberately cruel. It just made him a talented a**.

I can live with that characterization, thanks for acknowledging his talent.

Watch it for yourself… you decide.

Many many years ago, I got a call from Keith Levene asking me if I wanted to do a band with him, James Blood Ulmer and Ginger Baker (who I think was living in Santa Barbara at the time). I don’t know who’s idea it was - maybe Don Rose of Rykodisc.

No problem, as long as we remember he was an astoundingly angry, bitter, destructively cruel man.