For those who participated in Record Store Day on April 23, 2022, I thought it would be interesting to see what everyone picked up.

I may have gone a little overboard at Record Store Day today. Here is my haul.

Will join a bit later…how’s the Buena Vista?

Damn, you cleaned up! Congrats!

I’ve only bought one RSD release (from a seller in Greece at cost price) which is this one from a group who last year released the main album “Olympia” which I got a signed copy:

That then led me to finding last years RSD release of theirs which I didn’t know about and managed to find a sealed copy at cost price which I was really happy with:

Which led me to looking for their previous albums, and got their second for about half it’s value on discogs for a NM copy

As I listen to it, it sounds like they are right there in the room playing for me. I can hear the dimensions of the room where it was recorded.

It is an awesome album!

You had the best haul of the day that I have seen so far!

I picked up a few things…

My local store did not have Pete Townshend LP. I mentioned it to my brother and he found it this afternoon. Said he was sending it to me as a gift!

My son was up at 5am, in the queue at 6am and got what he wanted. I got up late, we went up to Cambridge, went to an exhibition at the Fitzwilliam, had a nice walk, went up to an Ai WeiWei exhibition and film and there was a nice record store next door. Picked up these before the wife told me to stop.

I’d be interested in learning how the Mingus vinyl sounds. I do have the CDs due in any day.

Thanks, I was afraid of that, as I decided pre RSD to take a pass on the vinyl Mingus and Ayler. As a consolation I do have CD versions due in.

Will take a bit until they all arrive, will report then.

was out of town until late saturday, and my local shop was out of the Grateful Dead Europe 72 RSD release by the time I made it there.

But a shop just south of town has it and I just ordered it via discogs.

I think you’ll enjoy the Mingus when it arrives. It’s giving my speakers a good work-out. Sound quality is fabulous.

Actually, the best thing about Ronnie Scott’s these days is the Humble Chicken restaurant about 5 doors up Frith Street. 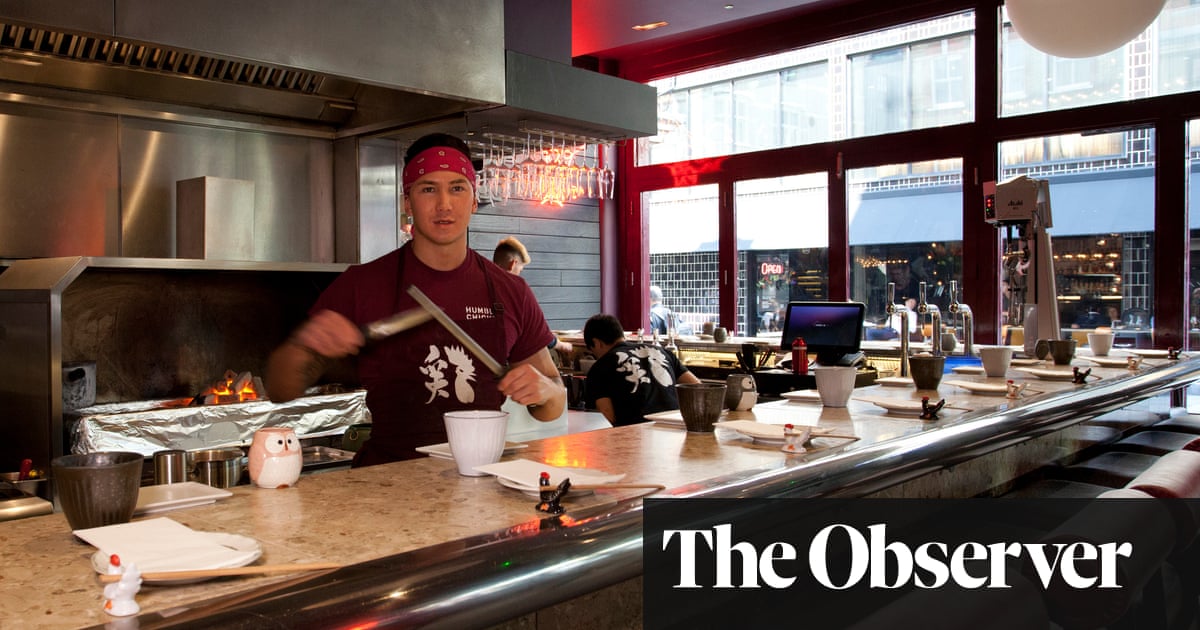 Despite its name, there’s nothing humble about this superb Soho yakitori chicken shop, says Jay Rayner

I should have known that I’d have missed something important.

Was made aware of Jon Hopkins - Contact Note RSD release of 1000 copies. This was his second album that was never previously released on vinyl. I have all his other albums to HAD to have this! Managed to find a Mint copy on eBay for double the list price which is far less than most flippers are asking