RIP Her Majesty The Queen

Queen Elizabeth II died this afternoon at Balmoral Castle in Scotland, her family all went up there as soon as they were able. She was 96

I have to say, I’m a brit, but certainly not a royalist, but I feel rather sad about this, I admired the hell out her, she was quite an amazing woman.

As an American whose budding nation threw off the Monarchy, I find myself struggling with HRH Queen Elizabeth II’s passing. She was a beacon of stability, decorum and an example of service to her subjects. Which to the best of my knowledge she never complained about, despite ascending at a very early age. RIP. Long Live the Queen. Her legacy continues.

Agreed. Long live the Queen! This from an American, but one who saw her as a bastion of stability and dignity in a progressively demoralizing world.

Besides, I as a corgi enthusiast as well, it would have been hard not to like her!

Absolutely mortified. The wife’s in tears. The earliest recollection I have from my childhood is watching her at the Investiture of Price Charles as Prince of Wales at Caernarfon in 1969, in a barn at my primary school, less than half a mile from here but most of my lifetime ago.

I, too, harbor great respect for the Queen. I am very sad to see her passing.

Agree with all written above. She was a beacon and a stalwart. Being half British I have personal reasons to admire her, and as half an Indian I have reason not to! And as a born again American I recognize her contributions to the world. I did see her, as her motorcade drove by my school in Madras (now Chennai), in February 1961. RIP.

Agree with all above. What can be written that hasn’t already been said. RIP Queen Elizabeth II.

A wonderful description of mixed feelings. These things can be amazingly complicated.

My wife and I were in London in July of 2016 to attend the Wimbledon Championships. We were staying in the St Ermin near New Scotland Yard and St.James’s Park. We were walking and saw a commotion across the street at Westminster. It was the Queen arriving for some ceremony. I snapped a couple of quick pictures on my phone. 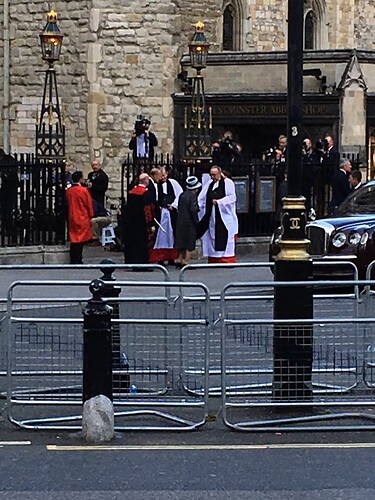 Old guy here. I remember watching her coronation. It was impressive. I enjoyed following her over the years.

Just a small point that kings and queens are HM, not HRH. But I agree and find myself mourning her passing, as I am close to 70 and have never known a time in my life when she was not Her Majesty The Queen.

I stand corrected. Forgive my ignorance. Hey, I did confess I’m an American, we threw off the Monarchy and I’m, well, clueless on protocol. Lame excuse, but there it is.

American here too, and you, sir, are anything but ignorant. I’ve read many of your posts. I’m just pedantic enough to have pointed out the difference. Sorry to have corrected you in public.

Her Majesty Queen Elizabeth served as a mechanic during WWll.
Having served her people with a gracious, motherly, yet with stately
dignity…

She has served her people through many hard times…
It is now time for her to enter into her rest.

Queen Elizabeth absence will be a loss to her country and the world.

May she truly rest in peace…

Was struck the other day by this pic. You decide on the comparative Cred. 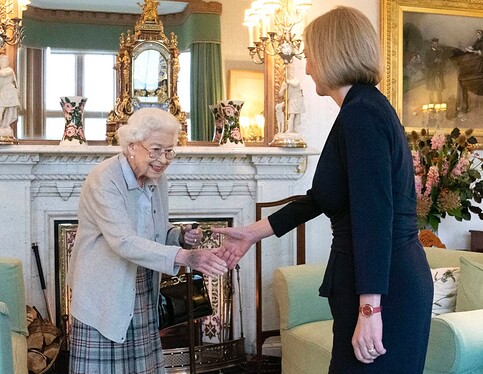 RIP, the perfect example of a unifying and servicing personality.

I appreciated Justin Trudeau’s comments today particularly his observation that “In a complicated world, her steady grace and resolve brought comfort and strength to us all.” Her influence certainly extended well beyond the Commonwealth. God rest her soul. Long live the King.

I watched The King’s speech today.
What a refreshingly elegant, thoughtful presentation.
Quite a contrast to the buffoonery we’ve been subjected to lately.

He was a lot more eloquent than I was expecting. It’s hard to believe she had been Queen longer than a lot of us here have been alive. It looks like they are still in good hands.

I agree. Think Charles gets a lot of stick, and maybe when he was younger it was more deserved, but he’s been a huge positive influence in the worldwide green movement just as an example of his efforts.