Too much of a good thing?

Not long ago, I upgraded my LP-12 turntable with the latest motor and motor controller: Linn calls it the “Radikal 2”.
It produces a startling improvement over the previous stuff.
But I just played Bill Evans at The Vanguard and found an unpleasant effect of this upgrade and it’s the audience that’s brought so much into the audible presentation.
I could always hear these chattering numbskulls in the background but now they are so present as to be a horrible nuisance. Huh.

this is the holy grail that we have been chasing

Yep, I know what you mean, but I find that “atmosphere” an enjoyable part of the experience. It did come out in much starker relief with my Avenger Direct.

I hear the same thing with the HDTT DSD 256 version of Bill Evans Trio At The Vanguard. The ambient space and audience is so real that I feel I could just get up and go over to mingle with the crowd. Phenomenal. recording!

@RonP - Is it Waltz for Debbie or Sunday at the Village Vanguard? With the DS MK2 there’s a pronounced change in microdetail and I can now almost make out conversations in the background.

I personally like it. I enjoy the feeling of being in the club.

As a musician who played in clubs, I eventually got to the point where I wanted to go to people and recommend other places to go if they wanted to talk rather than listen.
Funny thing was, they usually clapped loudly after each tune.

You just reminded me of the bit in Neil Young’s Massey Hall where he asks the photographers to stop taking photos while he was playing because it was throwing off his rhythm.

One of the bands I played in won the W.C Handy award and we were sent to Memphis to compete by WBGO radio.
While playing at the Orpheum Theater, I constantly had two cameramen swirling around the band and me for every solo (I was lead guitarist). It was their fault that I sucked.

You are in good company with Mr. Young!

My condolences Ron! I’m glad to hear she had a gentle passing, although it appeared to be long. After all the warm words and wishes that have been said here, from my side: please keep the fond memories and try to let go of your feelings of loss.
I wish for all of us to accompany and care for those who are about to pass on in the most gentle and humans way to our ability.
Last word: I’m also glad to see so many warm responses from loving and lovely people!

I think the ‘problem’ the OP is describing is exactly the reason that Jazz at the Pawnshop is such a popular audiophile recording.

For anyone interested, Origin Live have made available Jimmy Hughes’ LP12 set-up notes.

He was the go-to guy for years, along with the chap from Cymbiosis who seems to travel the world doing these set-ups. Personally, I don’t get the LP12 thing at all and the latest version costs £23,000. I could call it a 1970s Ariston rip-off that has been tweaked to hell for 50 years, but … as it happens, I bought a turntable that Jimmy reviewed and advised me on. His reviews involved about 3 months of use and I had a couple of long discussions with him before buying. Curiously, it has the same Premotec motors as the LP12, electronically controlled and powered by a separate power supply.

Jimmy worked mainly at my main dealer, KJ, and for many years since they had a lovely guy called Derek who became the LP12 expert until his sudden and early death. 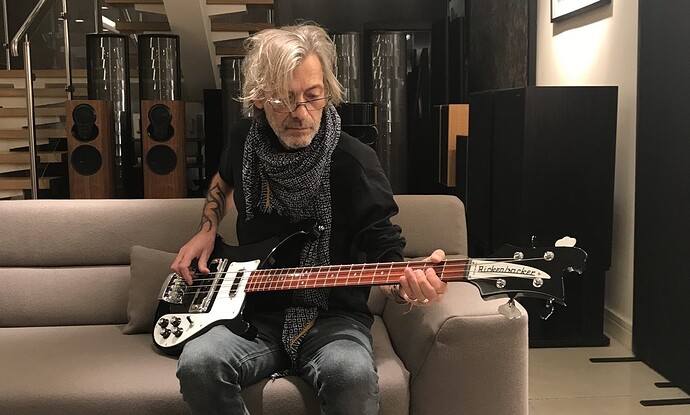 Derek was half of Tangerine Audio, which fabricated yet more expensive LP12 upgrades. 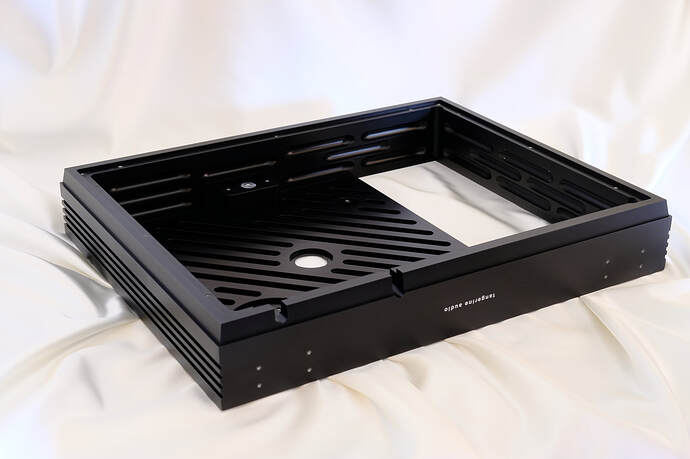 Stiletto is a one piece aluminium plinth/top plate​. It is machined from a solid billet of aluminium, the top plate section being the same as our Karmen. ​ ​ Stiletto takes the LP12 into...

My dealer seems to prefer Vertere and Brinkman, both of which I’ve heard a few times. Thery aren’t cheap either, but the quality of engineering is astonishing.

I suspect the LP12 is the ultimate audiophile rabbit hole. I have a friend who’s been down there since 1984. The idea of getting a modern well-engineered deck is obviously completely out of the question. It is of course important to know exactly what drinks were ordered at the Vanguard that night.

I shall soon be buying a tonearm called the Wand, seen here on an LP12. 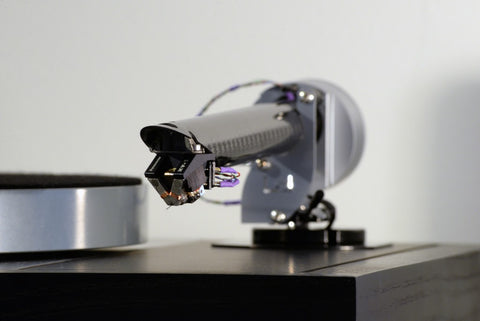 I suppose this combination is sacrilegious.
I’m curious if anyone has ever heard of them, let alone used one. I’m planning on using a Hana ML with it.

A friend has an LP-12 with the Hana ML, and IMO a great combo at a reasonable price. My LP-12 has a Denon DL-304, no longer available, also a nice combo. The Dynavector XX Mk II is also great, in each case the tone arm is the Ittok.

I have a XX2 Mk2 that I wore out and had retipped by Expert Stylus and not used since. Currently mainly use an Expert Stylus modded DL103R - with ruby cantilever and paratrace tip. Also a SoundSmith Zephyr Mk3.

All very useful given I’m listening to Ravel on Qobuz.